Battle over plastic bags: Why they won`t be banned in Wisconsin

Battle over plastic bags: Why they won`t be banned in Wisconsin

MILWAUKEE -- The plastic bag is the poster boy for litter -- probably because it's so easy to spot them blowing in the wind. You may not have heard, but the plastic bag was actually the focus of a Wisconsin bill passed last year.

Nobody likes litter, but the plastic bag in particular is often singled out. 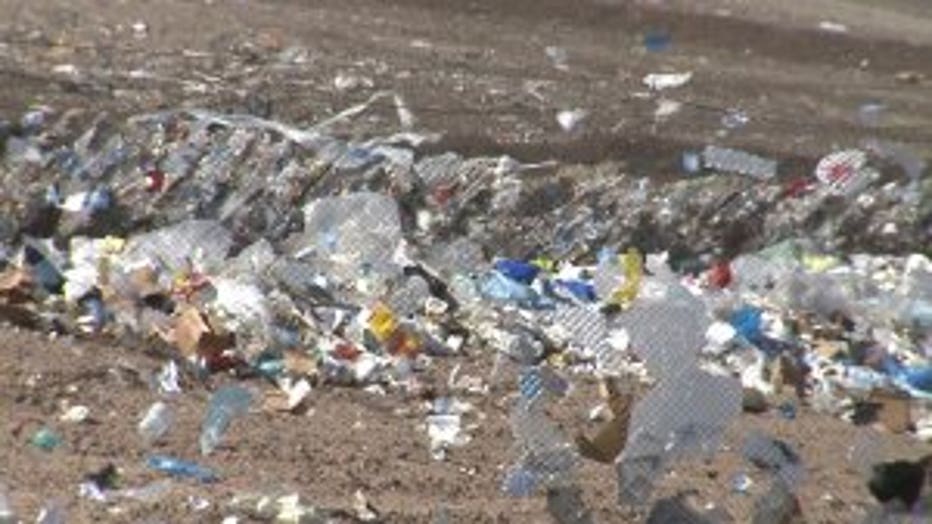 Plastic bags near the landfill in Menomonee Falls

"It's on our streets. It's in our parking lots, and the wind carries it into the river," said Cheryl Nenn of Milwaukee Riverkeeper.

During the Milwaukee Riverkeeper Annual Spring Clean-up, volunteers were constantly reaching up and crouching down for plastic bags. 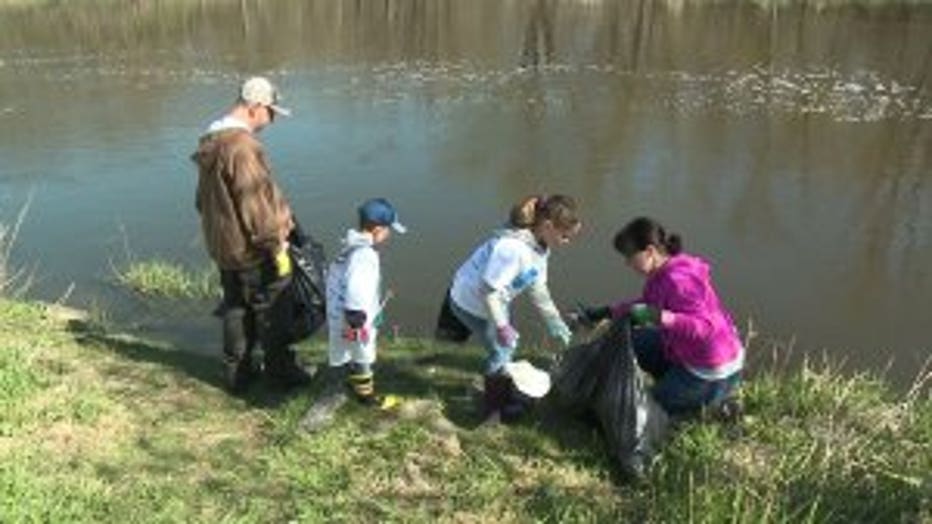 "They can be really hard to retrieve," Nenn said.

A couple years ago, concerns over plastic bags had some Wisconsin communities discussing the possibility of local bans.

Last year, Republicans passed a bill that banned municipalities from enacting plastic bag bans. More specifically, from banning any "bag, cup, bottle, can or other packaging that is designed to be reusable or single-use." 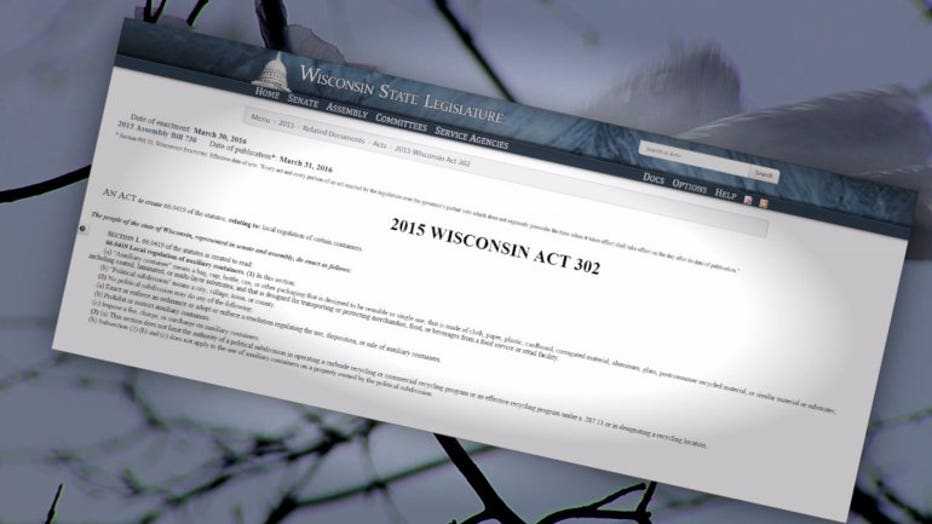 When the bill passed, it didn't get a lot of media attention because it was signed the same day as 50 others. The law doesn't mean there can never be a plastic bag ban, but it would have to happen on a state level.

Milwaukee Riverkeeper was against the bill.

"If local governments or counties want to incentivize people to use other types of bags, for example, I think that would be a really great thing," Nenn said.

The Wisconsin Grocers Association was a strong supporter of the bill. 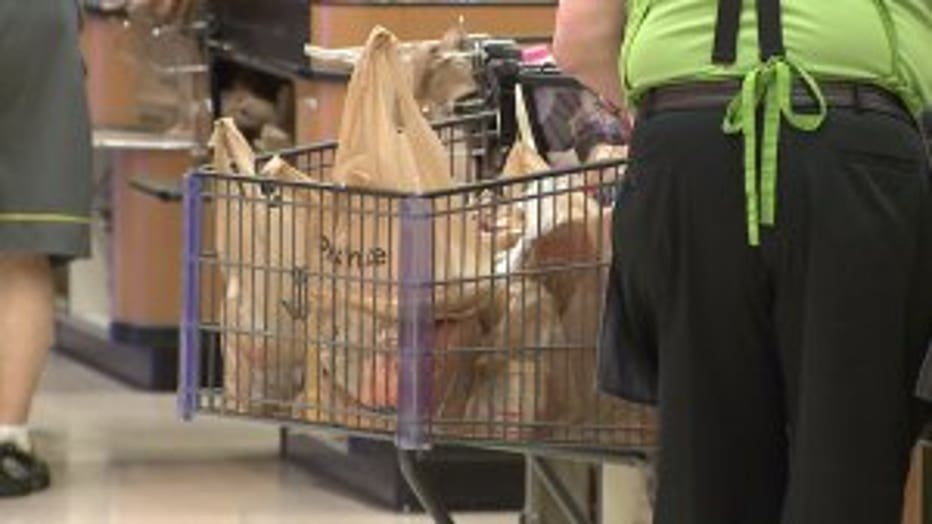 "What that bill did is said, 'we can't have a patchwork of regulations from one community to another,'" explained Wisconsin Grocers Association Brandon Scholz. "If you want the best prices when you walk into a grocery store, you have to make sure that we're not spending money chasing rules and regulations in one area and not the other because at the end of the day, you're going to pay for it."

When asked, "paper or plastic?" -- Scholz says the vast majority choose plastic. Scholz says that's an economic choice for the grocery business where one pallet of plastic bags serves as many people as seven pallet of paper.

According to the Environmental Protection Agency, Americans used four billion tons of plastic bags, sacks and wrap in 2014 -- about 12 percent was recycled. 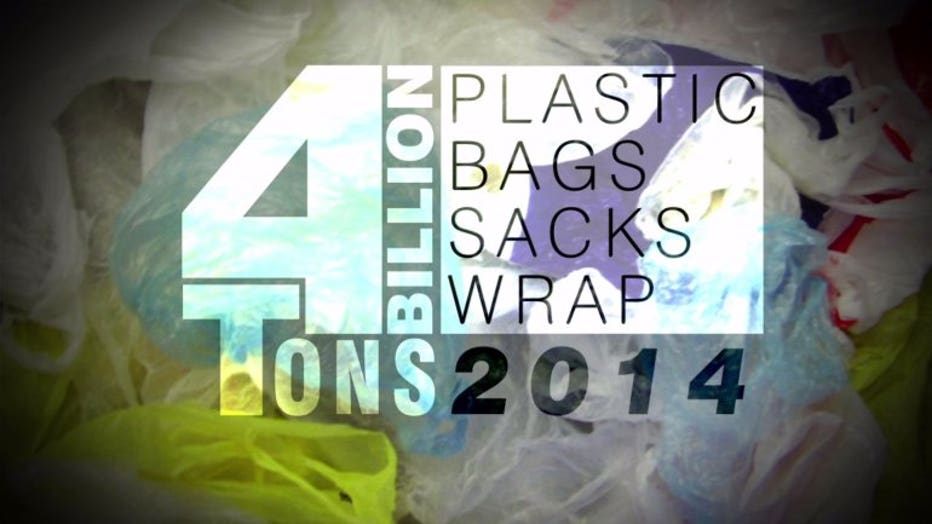 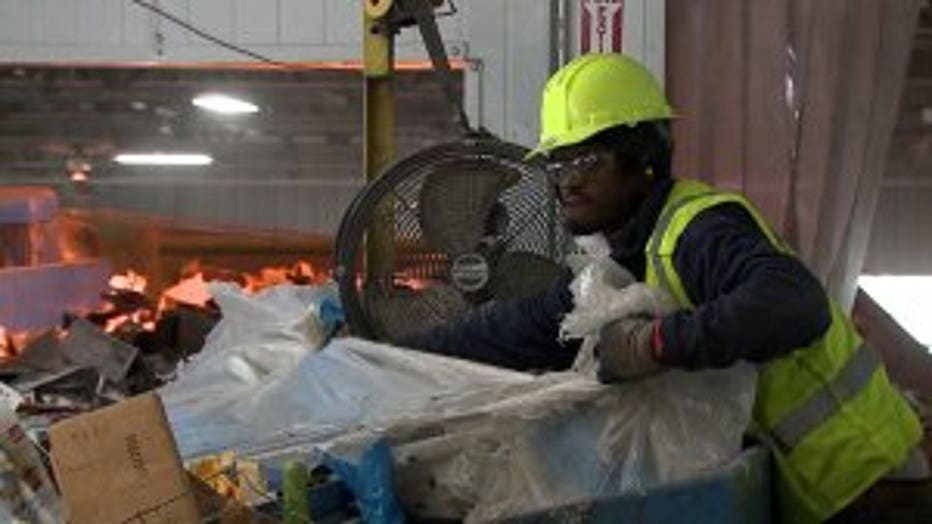 Worker pulls plastic out of the mix at Milwaukee's Materials Recovery Facility.

"The biggest problems at the facility include plastic bags. They get wrapped around the equipment and we can't do anything with them," explained Milwaukee Recycling Assistant Analiese Smith.

Instead of throwing out those plastic bags, there is another option.

"In Wisconsin, I bet you that every single grocery store has got a bin outside their door with a big smiley face on it or something that says please drop your plastic bags here," Scholz said. 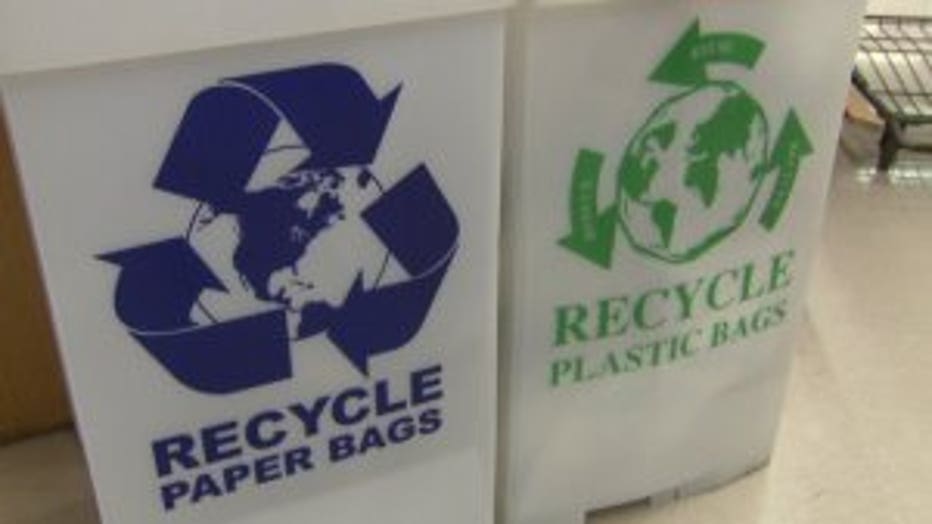 "It's plastic wrap, plastic grocery bag, any type of plastic film material, we will recycle," said Jim Hyland, the vice president of corporate communications for Roundy's.