MEQUON -- A man's backyard is a dangerous mess after a construction crew dug it up -- then disappeared. The contractor could go to prison. Among the charges -- illegal contracts.

Dan Morn thought he'd spend the fall relaxing on his new patio. Instead, his backyard has been off-limits. 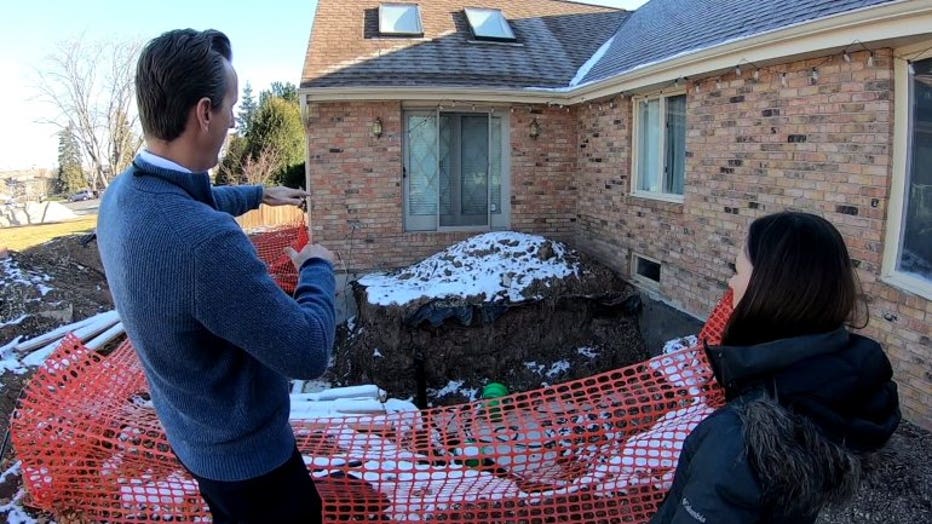 "It's been sitting like this effectively since before the Fourth of July," Morn said as he pointed at piles of dirt in his backyard. "Now, nothing can be done until spring at best."

For Morn, there's no escaping the sight of it. He works right next door at the North Shore Country Club.

Based on a recommendation, he hired contractor Dean Pintor of Stellar Restoration and Masonry. Morn paid $9,000 up front.

"He ripped everything out over the course of four days -- then basically ghosted us for the rest of summer," Morn recalled. 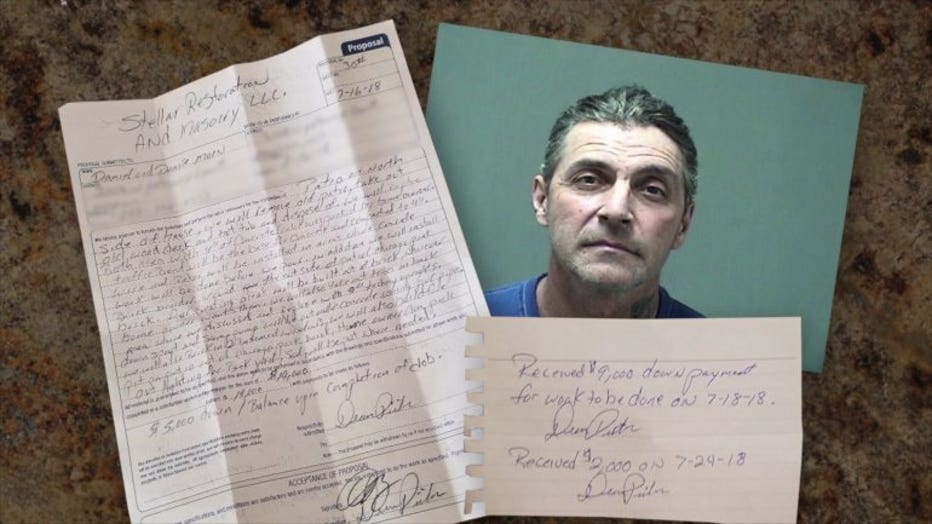 The day before Pintor promised to pay Morn back, he appeared in Ozaukee County court on two theft by contractor charges -- something he's been guilty of before.

Pintor was taken into custody for not paying child support and remained in jail for 12 days before posting a cash bond. While behind bars, Pintor was charged with theft by contractor in Morn's case, too. In addition, he was charged with unfair trade practices for his contract with Morn, which did not include a start date, completion date, or hourly rate for labor. 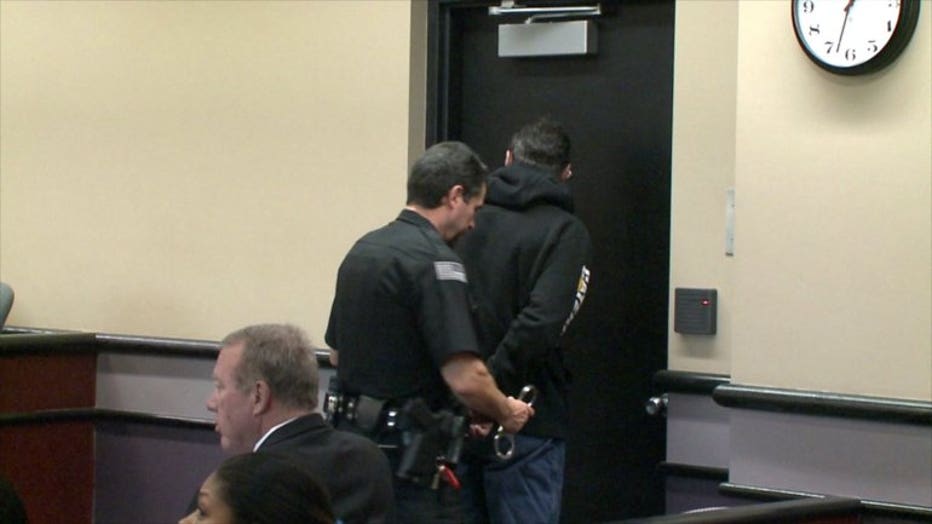 Dean Pintor gets handcuffed inside an Ozaukee County courtroom for not paying child support.

Construction attorney Matt McClean said if a contract lacks specifics, it can be deemed unenforceable.

"The more details you can get in your contract, the better off, the safer you're going to be," McClean said. "If you're expecting to get a particular brand of a product, it ought to say so in the contract." 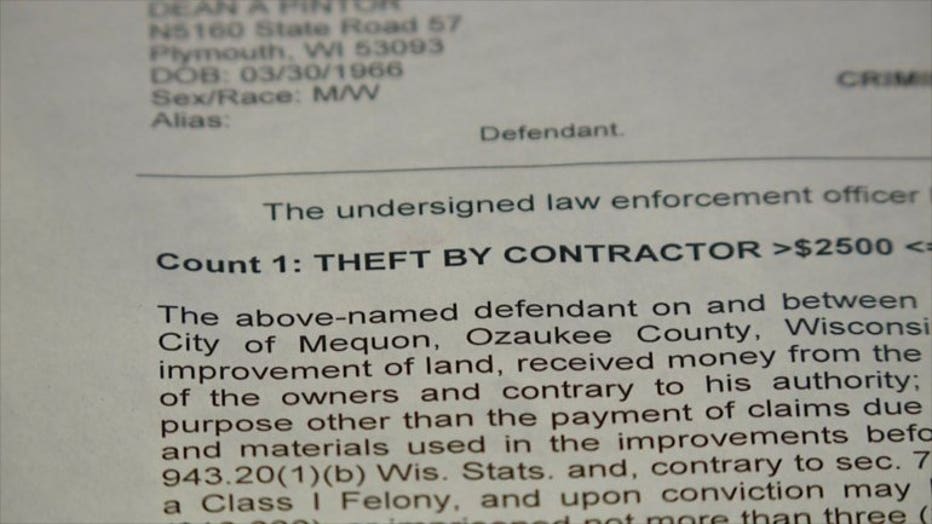 "There's no way for a homeowner to reach back out to the company or a sales agent," McClean explained. 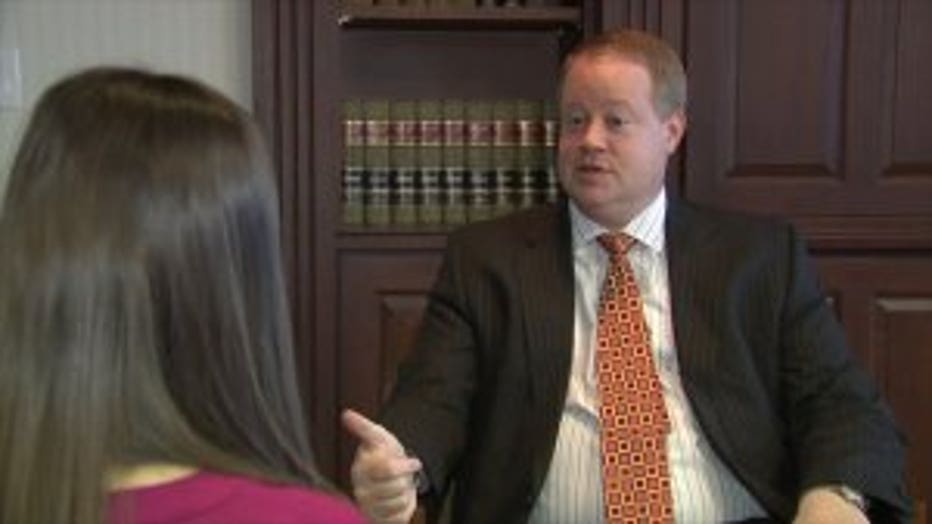 A home construction contract needs to be signed by both parties, include any mortgage or security interest taken with financing and list terms and conditions of insurance, if provided.

"It benefits both sides," McClean said.

At this point, Morn said he's heard every excuse.

"Initially it was 'my truck broke down.' Then he lost his entire crew due to chemical dependence," Morn recalled. "In every text, it's 'I want to complete the job,' but after four months what do you do?" 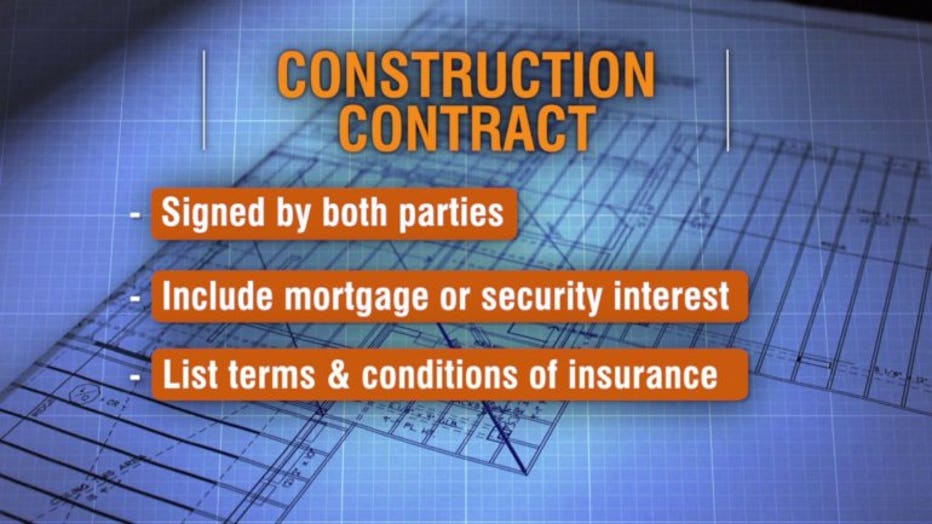 As for Morn's refund, Pintor texted Contact 6's Jenna Sachs and wrote, "I'm working on it, as long as they don't throw me in jail again."

If you decide to pursue a civil case with a contractor, as many do, be warned it may be a slow process. You could get double the damages back and attorney fees covered if the contractor has the resources. If they don't, you may not get anything.