Multiple crews are in Lake Worth to investigate a military training jet crash Sunday morning.

LAKE WORTH, Texas - Multiple crews are in Lake Worth to investigate a military training jet crash Sunday morning.

Authorities report the Navy T-45C Goshawk jet trainer aircraft assigned to Training Air Wing 2 at Naval Air Station Kingsville, Texas, crashed just before 11 p.m., in the 2000 block of Tejas, which is about two miles northeast of Joint Reserve Base Fort Worth.

Lake Worth Police Chief JT Manoushagian said both pilots ejected before the crash. One had their parachute caught in power lines, while the other was found nearby. According to the Fort Worth Fire Department, one is in critical condition after being flown to Parkland. The other was taken to a hospital by ambulance. 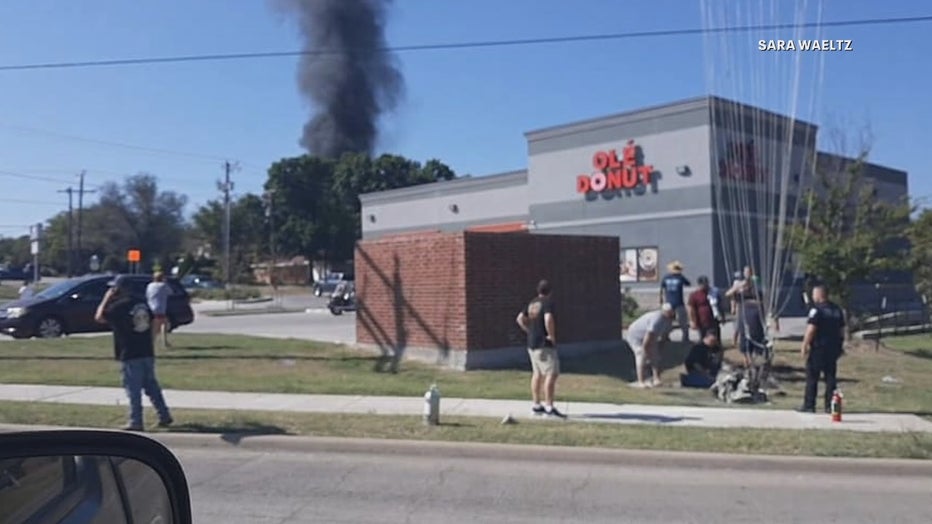 The Chief of Naval Air Training released a statement that the instructor pilot and student naval aviator were conducting a routine training flight that originated at from Corpus Christi International Airport.

The neighborhood where the crash happened is only a few miles away from Naval Air Station Joint Reserve Base in fort Worth, so people living there are used to hearing the sounds of planes.

"Every day. Early in the morning, middle of the night, shakes the house," Tony Scarbrough said.

But neighbors will never forget the sounds they heard when a military training jet crashed in some of their backyards. 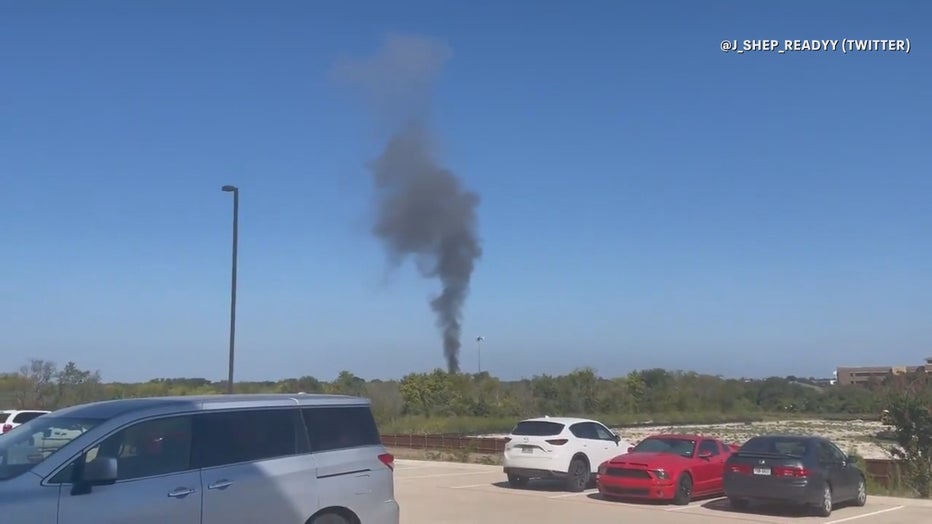 "I was sitting on my neighbor’s front porch with my friend and then we heard a loud explosion. We looked up in the air and you see the plane explode and you see an ejector. One pilot go one way and one the pilot go to the left. But the first pilot landed on all these power lines and then the second pilot landed behind all these trees," Scarbrough said.

"I’ve never heard that sound. I heard the two explosions and it almost sounded like gunshots like shotguns and I’m like no, that’s even deeper than that," Monica Wilson said. "We ended up finding out that it was a plane."

Smoke was seen miles away.

Their ejector seats could still be seen in the middle of the neighborhood Sunday afternoon.

"The ejector seat came and landed like probably 60 feet in front of us," Scarbrough said. 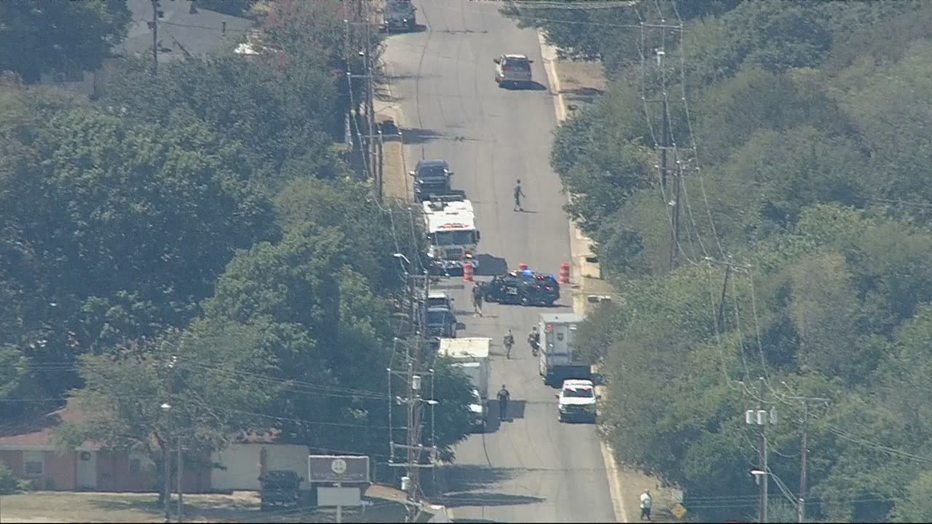 "Not knowing that it was one of the pilots that had ejected landed there and hit the power lines and that," Wilson said.

There were three house involved, but there were only minor injuries reported. Red Cross is assisting those impacted.

The plane crashed into one of the home's backyard.

Lake Worth Fire Chie Ryan Arthur said this incident could have been much worse if the plane had made direct contact with a home. He added that their department performs downed military aircraft training exercises on a very regular basis because of their "unique position." 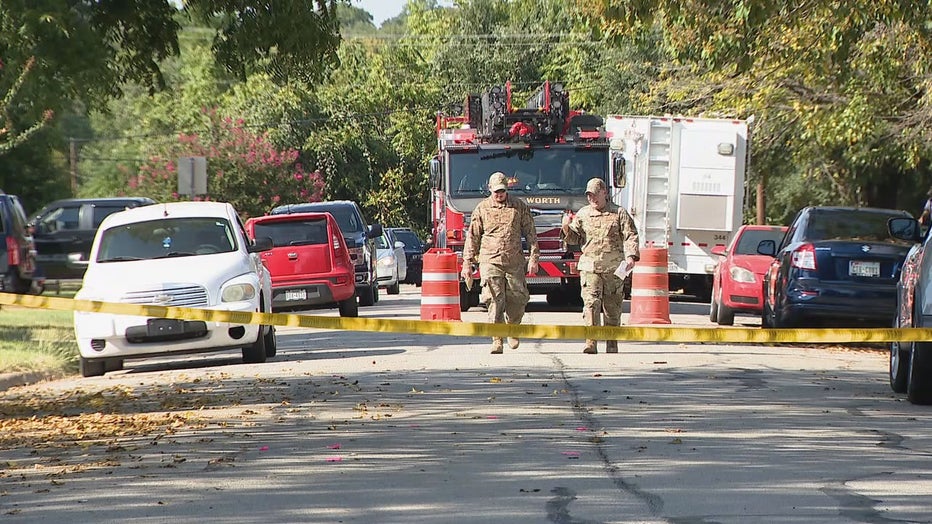 Those who live nearby are asked to stay away from debris because it might be hazardous, especially the ejection seats. People are asked to not call 911 if they find debris, but call Lake Worth police at 817-237-1224.

There is a power outage in the area, roughly a two or three block area surrounding the crash. There are dozens of residents affected. Oncor is working to get the power restored.