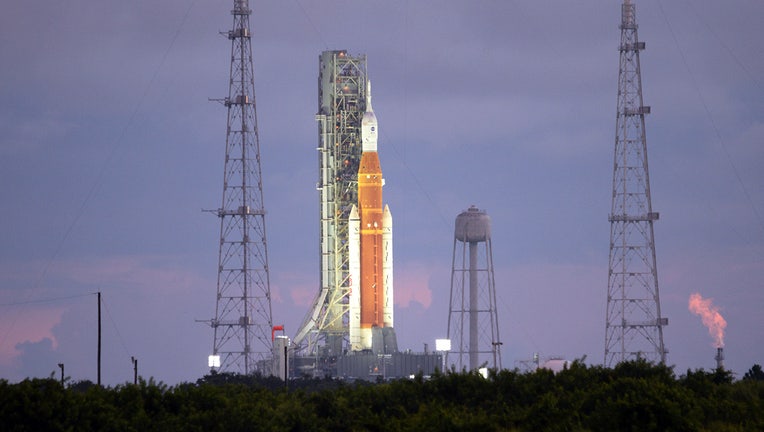 CAPE CANAVERAL, Fla. - History will have to wait a few more days. NASA’s Artemis I launch, scheduled for Monday morning, will be postponed until at least the end of the week thanks to a series of delays and technical problems during its first launch attempt.

Fueling had already been delayed an hour by nearby lightning when the first major issue popped up. About five hours before launch, engineers were filling the rocket’s tanks with supercold liquid oxygen and hydrogen – fuel for the four main engines at the bottom of the core stage – when a hydrogen leak appeared. Fueling stopped as the teams tried stopping and restarting the fuel flow, and they ultimately kept the leak at a manageable level by chilling the fuel lines.

A few hours later, a separate hydrogen issue began to puzzle engineers. A "bleed" of that cold hydrogen, meant to chill the main engines in preparation for flight, reached only three of the four engines. 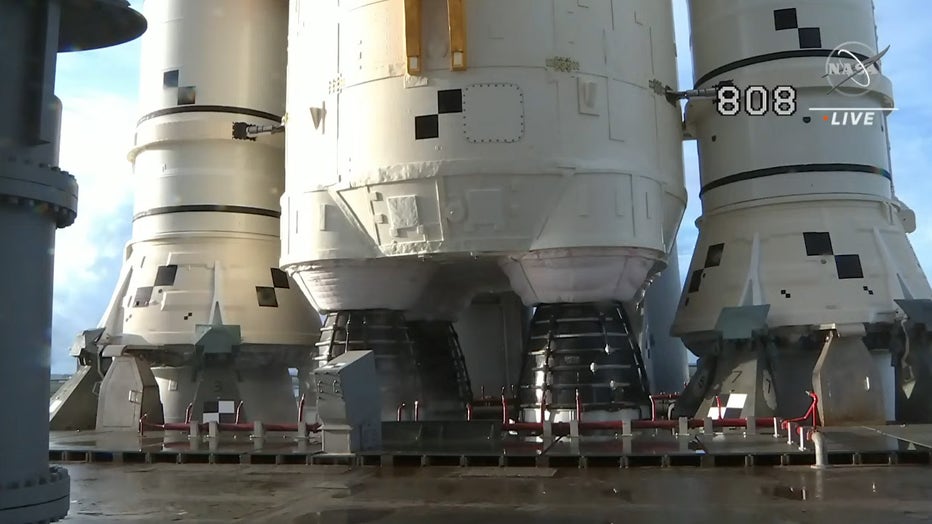 As that was being worked, another team spotted unexpected frost in the intertank area of the fuel tank, which is the enclosed space between the hydrogen and oxygen tanks. After initial fears that it may have indicated a crack in the structure, experts later determined it was a harmless seam in the insulation.

But the engine-cooling failure refused to respond to troubleshooting during a lengthy unplanned hold, forcing NASA to call off Monday's attempt just as the scheduled 8:33 a.m. launch time arrived. 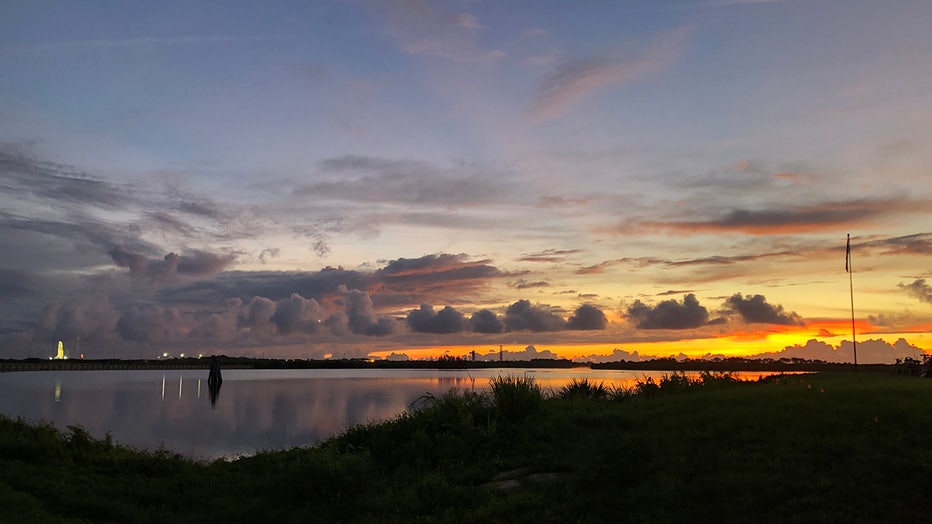 Sunrise at Kennedy Space Center, with Artemis I visible on the left and the Press Site flagpole on the right; Monday, August 29. (FOX photo)

Mission managers knew an on-time launch was something of a long shot, simply because of the challenges of dealing with a brand-new rocket. Launch pad fueling tests earlier this year ran into similar problems as engineers tried out new hardware and refined their countdown procedures. In fact, a hydrogen leak during those tests kept the countdown from reaching the engine bleed point of the simulated countdown.

Longtime shuttle program manager and launch director Wayne Hale, now retired, had given only 50-50 odds that the mission would blast off on its initial attempt.

"It’s the first launch of a new complex rocket and there are likely still bugs to be worked out," he offered via Twitter on Saturday.

Artemis I is the first launch of NASA’s Space Launch System rocket, which is something of a combination between the space shuttle design and the old Saturn V moon rocket. The familiar orange fuel tank and pencil-like solid rocket boosters remain, but instead of a winged orbiter on the side, an Orion capsule is sitting atop the entire stack, ready to be flown to the moon.

RELATED: These recycled space shuttle parts are now powering Artemis I to space 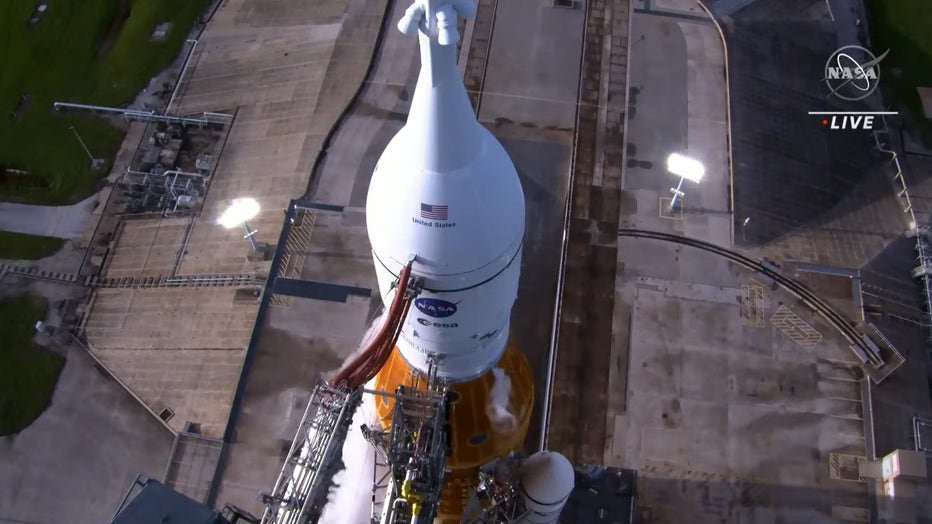 A top-down view of Artemis I on the launch pad, via NASA TV.

For this mission, there’s no crew aboard. Instead, several mannequins are strapped in, packed with sensors to see what the ride is like. Four LEGO minifigures will be along for the ride, and longtime NASA friend Snoopy will serve as the ‘zero-gravity indicator.’

The Orion capsule is schedule to spend up to six weeks in space, heading for a distant orbit around the moon before rocketing back to Earth and reentering that atmosphere at 25,000 mph – a true trial by fire for the capsule’s heat shield.

If all goes well, NASA hopes to repeat the mission in 2024 – this time with a crew. That could lead to a lunar landing the following year; NASA has pledged to send the first woman and first person of color to the surface of the moon as part of the Artemis program.

But first, this mission has to get off the ground. Aside from Monday, NASA has two more launch attempts scheduled: Friday at 12:48 p.m. and the following Monday at 5:12 p.m. The Space Force forecast for Friday calls for only a 40-percent chance of good weather.

It is not immediately clear if NASA will be ready to try again by Friday. They hope to know more by Tuesday.

"We will wait a determination of the plan to go forward to remedy the engine bleed," NASA commentator Derrol Nail offered as he wrapped Monday's coverage. "We'll see what shakes out from their test data."

Moments later, it began to rain.