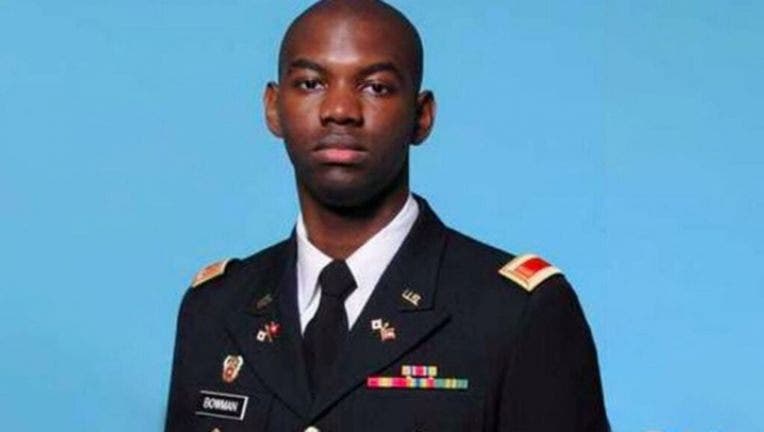 SPARTANBURG, S.C. -- An American soldier from South Carolina died in a non-combat related incident in Afghanistan, the Department of Defense announced on Thursday, May 21.

First Lt. Trevarius Ravon Bowman, 25, of Spartanburg, S.C., died Tuesday, May 19 at Bagram Air Force Base, which is the largest U.S. military base in Afghanistan, The Spartanburg-Herald Journal reported.

Though officials said Bowman did not die in combat, the Department of Defense did not elaborate in its press release on the details surrounding his death, which remains under investigation, the newspaper reported.

His remains returned stateside by this Memorial Day weekend. A photo showed a U.S. Army team, with soldiers wearing masks to prevent the spread of the coronavirus, carrying his remains during a dignified transfer on Saturday at Dover Air Force Base in Delaware. 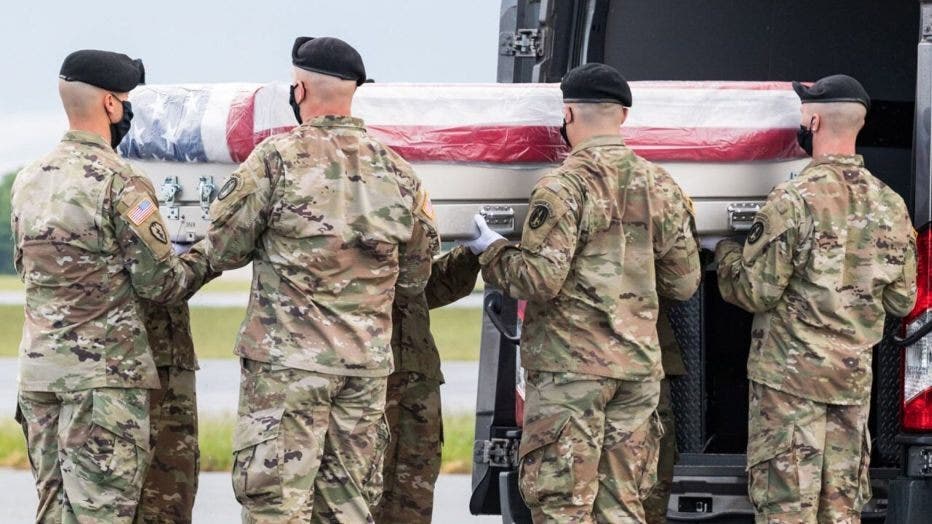 A U.S. Army carry team transfers the remains of 1st Lt. Trevarius R. Bowman, of Spartanburg, South Carolina, during a dignified transfer May 23, 2020, at Dover Air Force Base, Delaware. Bowman was assigned to Company B, 198th Signal Battalion, 261st

Bowman was deployed to support Operation Freedom’s Sentinel, the official name for the mission succeeding Operation Enduring Freedom to continue the Global War on Terrorism. He was assigned to Company B, 198th Signal Battalion, 261st Signal Brigade based in Newberry, S.C. His unit is attached to the 228th Theater Tactical Signal Brigade, South Carolina National Guard.

“It is with heavy hearts and deepest condolences that we announce the passing of 1st Lt. Trevarius Bowman,” U.S. Army Maj. Gen. Van McCarty, the adjutant for South Carolina, said in a statement.

“This is never an outcome we as soldiers, leaders and family members wish to experience. Please keep the service members in his unit in your thoughts and prayers, as well as his family as they work through this difficult time,” he said.

“I am incredibly saddened to learn that a South Carolina soldier has passed away from a non-combat-related incident,” U.S. Rep. William Timmons, a Republican representing South Carolina’s 4th  congressional district, tweeted. “1st Lt. Trevarius Ravon Bowman from Spartanburg was supporting Operation Freedom’s Sentinel in Afghanistan. Please join me in praying for his family and loved ones.”

“Our thoughts and prayers go out to the family of Lieutenant Tre Bowman. As a member of the Dorman High School JROTC program, Lt. Bowman showed great promise and had a strong desire to serve his country,” Spartanburg School District 6 said in a statement.

“He quickly rose to the rank of Major and later served as Battalion Executive Officer, the second-highest position in the JROTC program,” the statement continued. “Lt. Bowman also served as Rifle Team Commander and is still highly spoken of by his former teachers, administrators, and peers from Dorman. We are thankful for his dedication, commitment, and service while in the United States Army. He will forever be a part of our Cavalier family.”