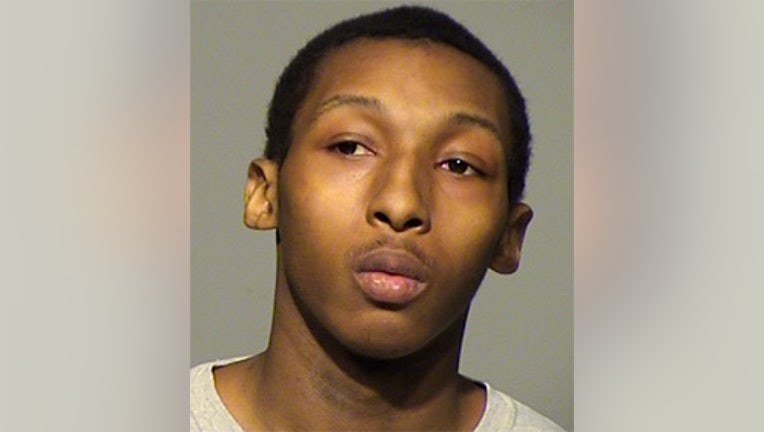 Officers were dispatched to the scene around 2:00 p.m. on March 1st.

Towns was found lying on the ground in front of a duplex. He had a gunshot wound to the back of his head, and was pronounced dead at the scene.

Police interviewed a woman who lives in the upper unit of the duplex. She told officials she was asleep in her bedroom with her boyfriend when she was awakened by Towns stating “give them all the stuff” and “if you got the money and the weed, just give it to them,” according to the criminal complaint.

The complaint says the woman started to scream — and her boyfriend tried to calm her down. The complaint says an unknown masked man (later identified as Doneal Bell, who has also been charged in this case) was in the bedroom.

The complaint says the woman told officials Bell armed himself with a black claw hammer and threatened to hurt her. She says Bell located a wallet, found $2 and said “is this all you got?” The woman says Bell picked up a laptop and said “I don’t want this,” before tossing it back onto the desk.

Police interviewed the woman’s boyfriend, who said he was in the bedroom when a man with a black handgun (later identified as Scarbrough) entered and said “give me the weed.” The complaint says a second man (Bell) entered the room. The woman’s boyfriend told officials he told Scarbrough “I ain’t got no weed,” and Scarbrough said “you all are selling weed up here.”

The complaint says Towns had his hands in the air, and Scarbrough had a handgun pointed at Towns’ head.

The complaint says Scarbrough then exited the bedroom with Towns — and that’s when the woman woke up.

The complaint says police spoke with a woman who lives in the lower unit of the residence. That woman says she got a knock at the door. When she opened the door, she saw Scarbrough armed with a handgun — pointing it at Towns.

The complaint indicates Scarbrough forced everyone in the lower residence into the living room, and made them get on their knees.

The complaint indicates Scarbrough said “where is the money, and where is the weed? The people upstairs said it was down here.”

The complaint says this is when Towns jumped up and ran out the front door of the residence.

An individual in the lower unit told police Scarbrough chased after Towns, nearly catching him at the door, before yelling "where you going" to Towns. That man told officials he closed and locked the door, and observed Towns and two other men running down the gangway, according to the complaint.

Shortly thereafter, the complaint says the man discovered Towns lying on the sidewalk in front of the residence.

Police spoke with a witness, who told them he was sitting in his van when he saw the “shooting victim” running away from the front of the residence before falling face first onto the sidewalk. The complaint indicates the witness told officials he saw a man with his arm extended as if he were holding a handgun and pointing it at the shooting victim.

Police interviewed Bell, who told them he had been contacted by his friend "Tone" who he identified as Scarbrough about robbing Towns, who had money, and had just purchased a large amount of marijuana, according to the complaint.

The complaint says Bell told police he knew Scarbrough had a gun.

The complaint says Bell told police Scarbrough admitted to him that he had fired a shot at Towns when Towns fled.

If convicted, Scarbrough faces up to 60 years in prison.