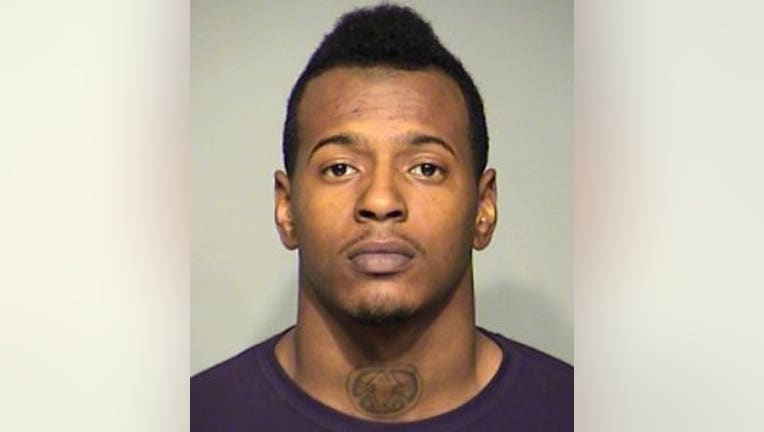 MILWAUKEE -- 21-year-old Amari Hampton of Milwaukee is now criminally charged for his alleged role in a police pursuit that unfolded late on Tuesday, October 24th.

According to the criminal complaint, an officer with the Milwaukee Police Department's Robbery Task Force spotted a gray car with "heavily tinted windows." The officer conducted a DOT registration check "which revealed that the registration was suspended for emissions."

The complaint indicates the officer proceeded to conduct a traffic stop on the gray car near 45th and Capitol Dr. The driver, later identified as Hampton, initially moved over to the right. But the complaint says he "abruptly pulled back into the far left lane." He did not pull over until he got near 46th and Capitol. The officer then exited his squad and ordered Hampton to roll down the windows. The complaint says "Hampton rolled the window down partially, however as (the officer) walked around his squad door, the window was rolled back up." The gray car then took off at a high rate of speed.

A police pursuit was initiated. It lasted roughly five miles long and reached "maximum speeds of 107 mph." On I-43 southbound near the Highland Avenue ramp, "Hampton cut sharply in front of another vehicle in an attempt to exit on the Highland Avenue ramp, almost striking that vehicle." The complaint says Hampton lost control of the car which crashed into a concrete barrier and "then bounced across all 3 lanes of traffic...fishtailing back around and stopping."

Hampton and two other people inside the car "refused to obey commands and exit the vehicle and remained inside for several minutes." The interstate had to be shut down during this time. Eventually, the three subjects were taken into custody.

Inside the car, investigators found a "Glock model 26, GEN 4, 9mm handgun loaded with a cartridge in the chamber and 8 unfired cartridges in the magazine found in the center console." They also found "articles of Victoria's Secret brand clothing with the security tags and price tags still on them."

Hampton was out on bail after having been charged with numerous felony offenses included possession with intent to deliver heroin and driving a motor vehicle without the owner's consent.

Hampton made these an initial appearance on these latest charges on Saturday, October 28th. He is due in court for a preliminary hearing on November 7th.