ALS has no treatment, no cure, no survivors: Waukesha mom shares her story: “I hope it helps others”

ALS has no treatment, no cure, no survivors: Waukesha mom shares her story: "I hope it helps others"

WAUKESHA (WITI) -- This time last year, we were on the eve of the ALS "Ice Bucket Challenge." For many, it was the first time they would learn what ALS really is -- a fatal disease, with no treatment and no cure. It can strike anyone at any time. It kills slowly -- destroying your body piece by piece, until you can no longer move, speak or swallow -- even breathe. Through it all, your mind remains clear. It's one thing to hear about ALS. It's another to live it. One year ago, FOX6 News began that journey with a mother in Waukesha. 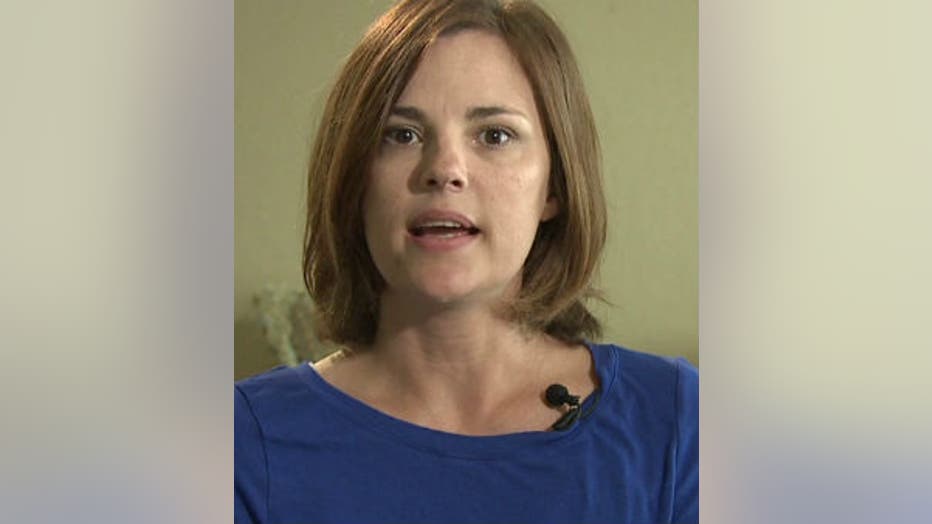 "Hi. I'm Trickett Wendler. I grew up in Milton. It`s a little town just south of Madison. And I went on to move to Milwaukee where I ran into my high school sweetheart, and then we fell in love and got married, and started a family. I started a career shortly after I graduated with GE Healthcare. It was about a year ago in May. I was working a conference for GE and after a day I started limping," Trickett said.

"The next day, I continued to limp, and my first step was going to the general practitioner. She recommended the neurologist next. And by the time that half hour was done it was, `Trickett, you probably very likely have ALS,'" Trickett said.

"My husband`s sitting next to me, and he is pale, and the first thing that comes up in my mind is `what about my babies?' Most of the people, once I started to release this diagnosis out were immediately looking on their phones looking up, what is ALS? Or, how long`s the recovery on that? That was a pretty tough question to answer," Trickett said. 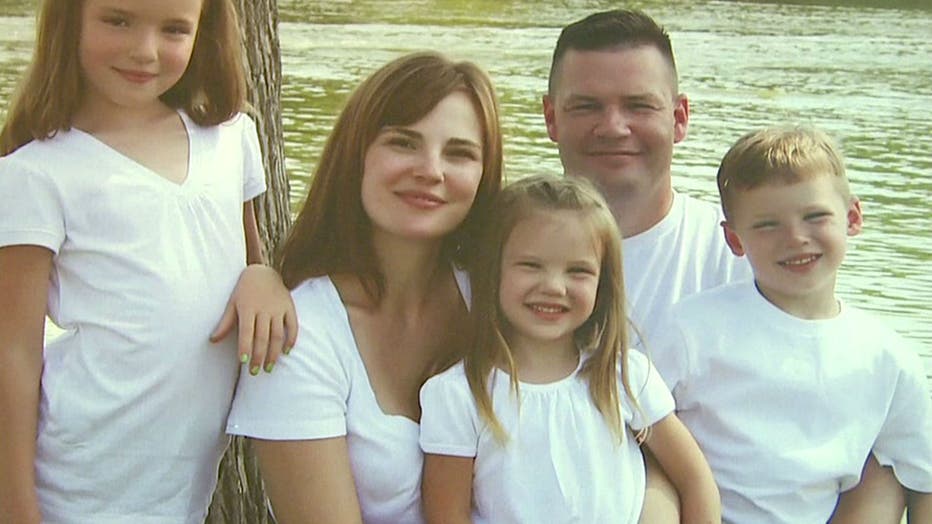 "It is a terminal illness. There aren`t survivors from ALS. It is a disease that causes your brain to stop communicating to your nerves. Your nerves don't talk to your muscles anymore. Eventually you're not able to move or talk or -- breathing usually becomes the biggest problem. The prognosis if I`m lucky is two to four years," Trickett said.

Eventually, Trickett can no longer move her legs.

"You can see my legs are atrophied. I can feel where I'm going to lose some muscles next. It migrates up from my legs up to my torso and my arms and started to affect my swallowing and my speaking too," Trickett said.

"I guess maybe the scariest part I`ve started to feel is this increased tension in my chest where the muscles are pulling and twitching and it`s actually caused shallowness in my breath," Trickett said.

The muscles in Trickett's upper body are shutting down.

"There's no way I can push myself into a sitting position any longer. Right now my diaphragm is starting to push up against my lungs and forcing my lung capacity to decrease," Trickett said.

Trickett needs a machine to help her breathe. 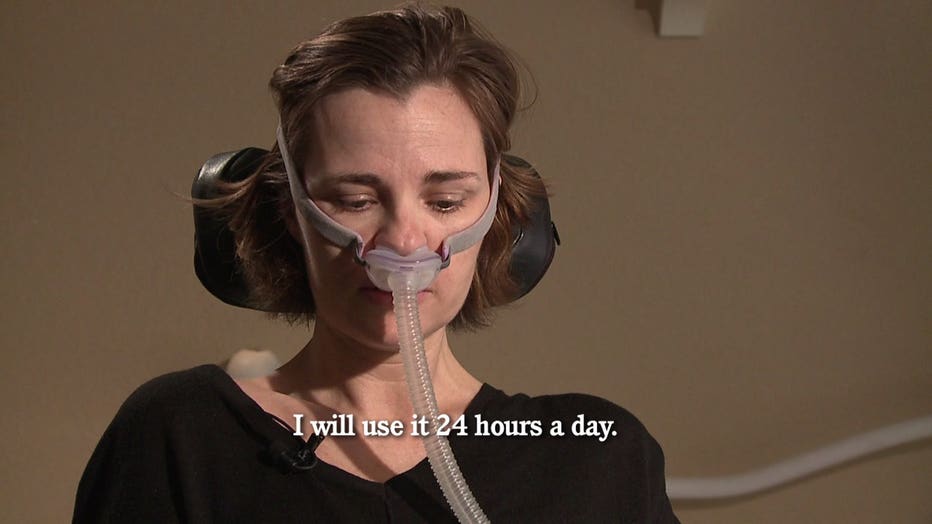 "I've been wearing it probably at least four to five hours at night and three to four hours during the day. It`s really pretty scary. You think in numbers and how much you lose every week. And if I`m losing five percent every week, how much further can I go?" Trickett said.

"I try to be a trooper through most of it. But when you`re at a point where you really can`t take a breath, that really hits you like a brick. Now I am on an air machine. I will use it 24 hours a day. It helps push the air into my lungs where my muscles don`t work anymore. Since I saw you last, I completely lost my left arm and my right arm. I can no longer lift above my head. I`m unable to eat now either. I can`t swallow," Trickett said.

"It's pretty surreal. I feel like I'm outside my body somedays because two years ago I was dancing with my kids. I still got a little fight left in me," Trickett said.

"As long as I can talk about it I will, because there are five-thousand more people who are going to be diagnosed this year with ALS and I believe that if everybody out there really knew about ALS, if they saw what it does to somebody who was a healthy mom with a good career and great friends, and then all of a sudden this different path you can`t come back from, they would all say, 'what can I do to help?'" Trickett said.

"At this point in time, I know I`m drawing closer to the end," Trickett said. 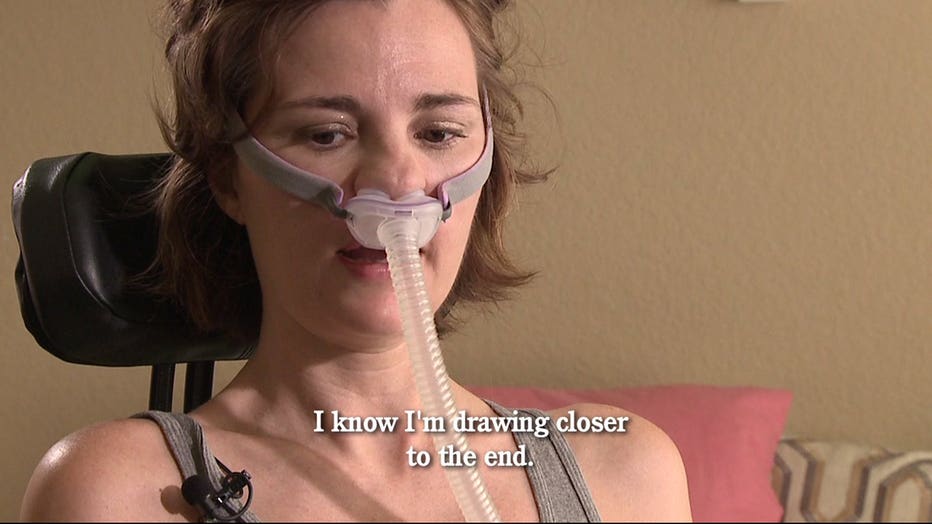 "Right now my mind focuses a lot on staying alive. I wanted to show you what ALS does to a person`s body. This particular month I lost my right arm," Trickett said.

Trickett can no longer move anything below her neck.

"It`s gotten really scary, especially at night. Sometimes I'll wake up gasping for air, so I think I`m getting close -- so I wanted you to know. I hope my story has a lasting impression that helps others because I pray to God that this disease never happens to them because ALS doesn`t care who you are," Trickett said. 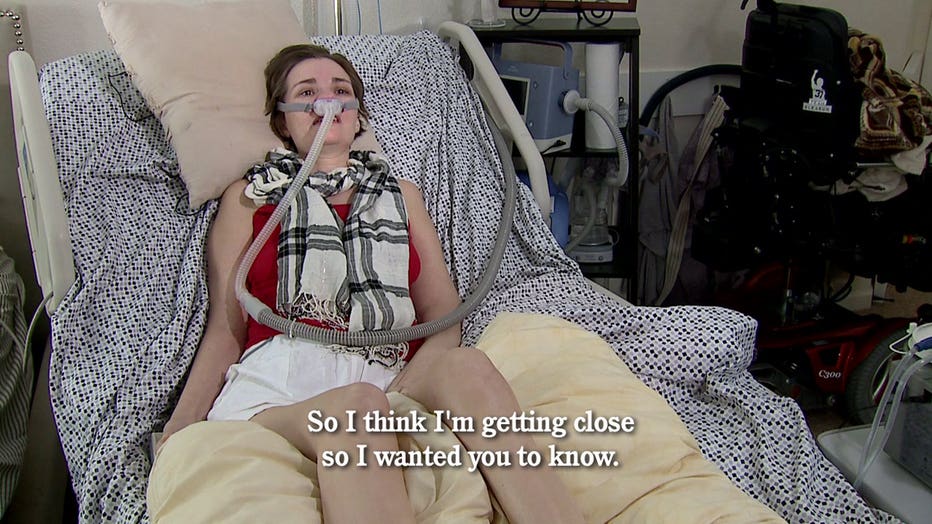 Trickett can no longer speak.

ALS can strike anyone at any time.

There is no treatment.

There is no cure.

There are no survivors. 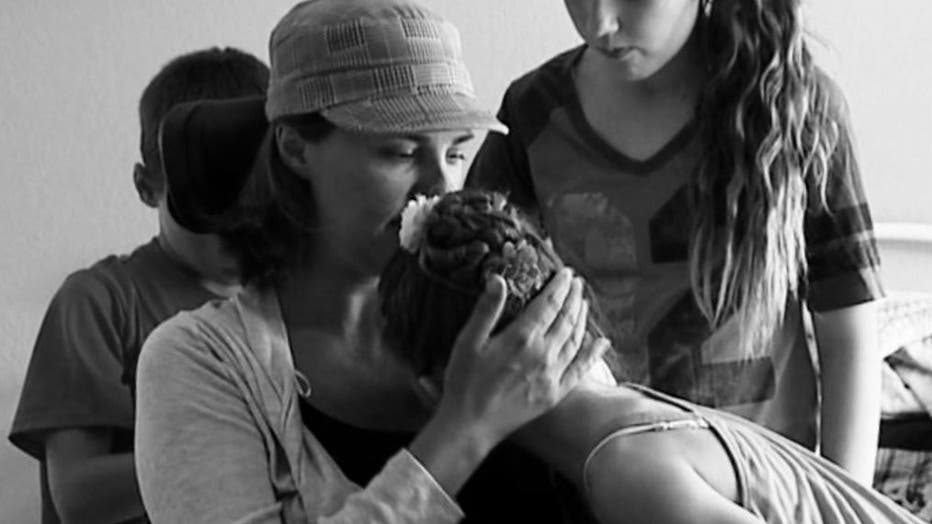