LOS ANGELES - Alex Trebek's widow Jean is thanking her late husband's fans for their support after his passing.

The iconic "Jeopardy!" host died on Sunday at the age of 80 after a battle with pancreatic cancer.

"Jeopardy! is saddened to share that Alex Trebek passed away peacefully at home early this morning, surrounded by family and friends," the show wrote on its Twitter account. "Thank you, Alex."

Now, just days after the star passed away, Jean is expressing her gratitude.

In the pic, Trebek appeared to be slipping a ring on his bride's finger.

"My family and I sincerely thank you all for your compassionate messages and generosity," she said in the caption of the photo. "Your expressions have truly touched our hearts. Thank you so very, very much."

Jean signed her post by writing, "Many Blessings to all."

Fans offered up even more love in the comments of the post.

"Alex was like a good friend 5 days/week...NO ONE can replace him on JEOPARDY!" one wrote. "He was truly loved, and will be missed...may he R.I.P."

"Sending you much love & light," said another.

A third added: "Praying for you all...sending you my deepest condolences and love. Alex was truly one of a kind."

Trebek and Jean share two children: Matthew, 29, and Emily, 27. Trebek also has a daughter, Nicky, 53, from a previous marriage. 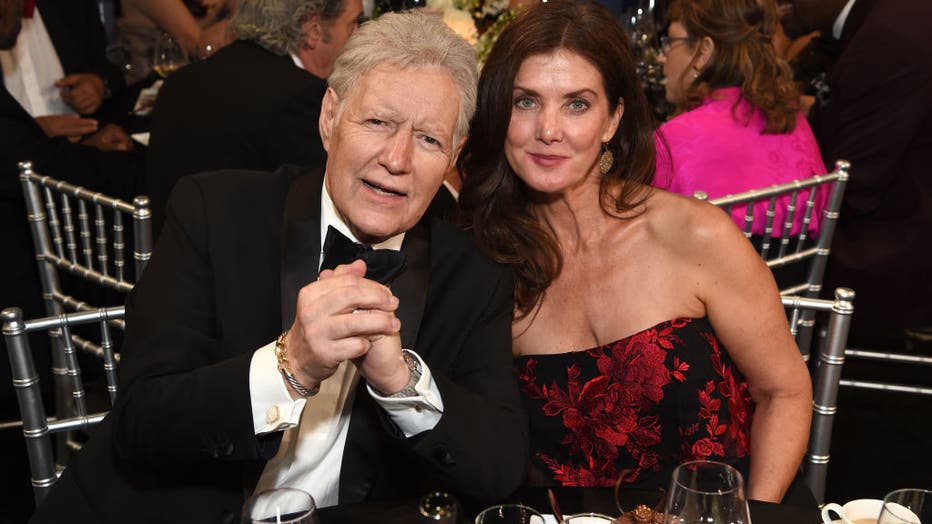 "With Jean it just happened," wrote Trebek in his memoir "The Answer Is...Reflections On My Life," per People magazine.

"Sometimes you look at something, you look at someone, and you know. I mean, you’ve heard stories of people who meet and decide within half an hour; I knew this was going to be the person I’d end up with," he added. "With Jeanie that’s how it was. I wasn’t looking for love. But I recognized at a gut level that here was someone who was going to complete me as a human being."