Alec Baldwin filed an arbitration claim Friday against producers of the film "Rust," alleging he is not financially responsible for the shooting death of cinematographer Halyna Hutchins last year.

The arbitration demand, filed with dispute resolution provider JAMS, contends the star's contract shields him from financial responsibility in lawsuits filed against him, including the wrongful death complaint filed by Hutchins' widower.

On Oct. 21 last year, Hutchins died on the set of "Rust" after a prop gun Baldwin was holding discharged while rehearsing a scene for the western in New Mexico.

In the claim, Baldwin says he attempted to reach a settlement with Hutchins' family.

According to the filing, Baldwin -- a producer and star of the film -- alleges he was not responsible for the death, and was not in charge of firearm safety or hiring on the set.

Baldwin and fellow "Rust" producers have been accused of negligence by the family and others involved in the production. Lawsuits have alleged the hiring of inexperienced crew members and safety violations.

In an interview, Baldwin denied responsibility for the death of the 42-year-old cinematographer. 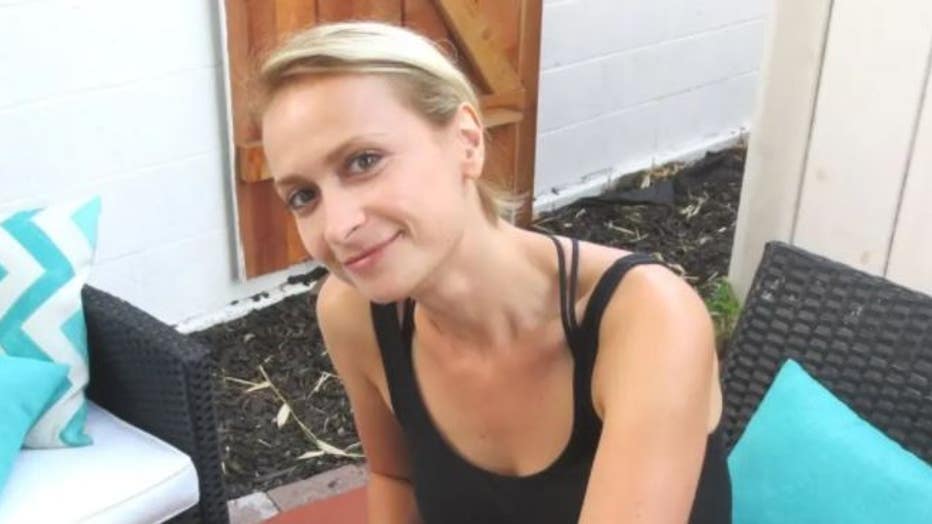 Baldwin, 63, fired a weapon which was supposed to contain only blank rounds but discharged a lead bullet that struck Hutchins in the chest then wounded director Joel Souza.

The mishap has led to a criminal investigation and an array of legal actions by crew members alleging widespread negligence and unsafe conditions on the film set.

The lawsuits allege that union camera operators had walked off the job to protest working conditions, that two unexpected gun discharges had occurred days before the shooting, and that live ammunition was permitted on the set.

Baldwin claims in the arbitration demand that Hutchins told him to cock the gun that subsequently fired a live round of ammunition.

"This is a rare instance when the system broke down, and someone should be held legally culpable for the tragic consequences," according to the filing.

The family of Halyna Hutchins, the cinematographer shot and killed on the set of ‘Rust’ last year, filed a lawful death suit in New Mexico Tuesday against actor Alec Baldwin as well as the film's production companies and others involved with safety on set.

"That person is not Alec Baldwin. October 21 was also the worst day in Alec Baldwin's life. That day has and will continue to haunt Baldwin."

Aaron Dyer, an attorney for Baldwin and other "Rust" producers, previously said the actor and others are cooperating with authorities to determine how live ammunition came to be used on the film set.

Baldwin's legal filing denies blame for a series of actions that allegedly culminated in the fatal shooting.

"Each of those jobs was performed by someone else."

Arbitration is an out-of-court method for resolving a dispute between a worker and an employer. Arbitration takes place in front of a neutral decision-maker called an arbitrator, or in some cases, a panel of arbitrators who will listen to each side and make a decision about the case.