After life-changing diagnosis, founder of Bennett Coachworks is still fueled by love of cars

After life-changing diagnosis, founder of Bennett Coachworks is still fueled by love of cars

MILWAUKEE -- Any car guru will tell you it is what's under the hood that counts. That was certainly true at this year's Greater Milwaukee International Car & Truck Show -- where, from the outside, the Bennett Coachworks exhibit of high-end muscle cars and hot rods was as good as ever. But the road to get there included plenty of bumps.

Raised in a family of mechanics, Bob Bennett pretty much grew up on gasoline. 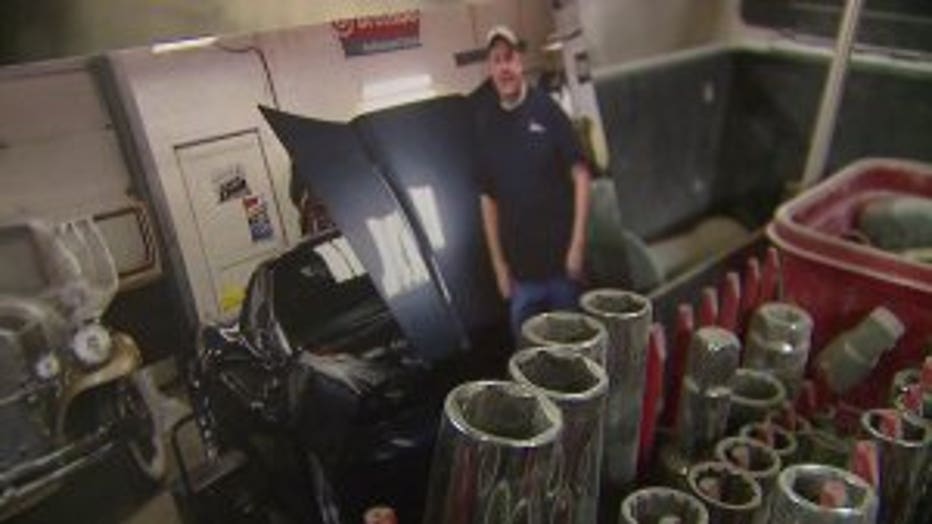 “My uncles were hot rodders,” Bennet, the founder of Bennett Coachworks said. “My grandpa was a hot rodder.”

Bennett was fueled by a love of cars and a need for speed -- some of it sanctioned.

Some of it not.

“I’ve never known a state patrolman in any state that had any sense of humor,” Bennett said with a grin.

On a February morning inside the shop that bears his name, the work and the stories came at the same speed -- full throttle.

“We do cars for people from all over the world,” Bennett said.

“He can do it all,” Jimmy Stevens said of his boss. “And it’s really incredible to work for a guy who’s that talented.” 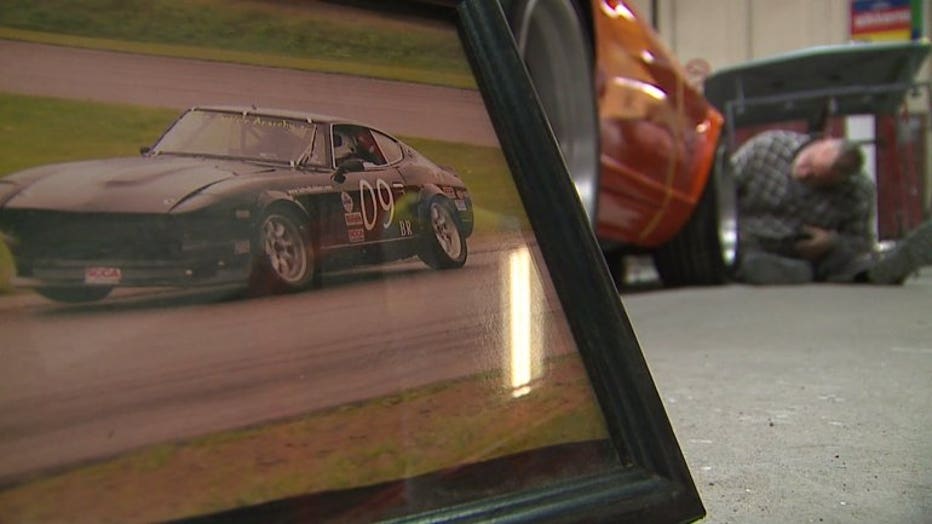 It was a race to the finish for the Bennett Coachworks' staff to get ready for another high-octane exhibition at the Auto Show.

“We’re going to have somewhere between 40 and 50,000 people coming through the room,” Bennett said to his guys. “We have been asked back into perpetuity because we’re unusual and we bring in cool stuff.”

But this year, one change was impossible to miss. Bob Bennett has spent his life cruising around on four wheels. This year, he did that in a wheelchair. 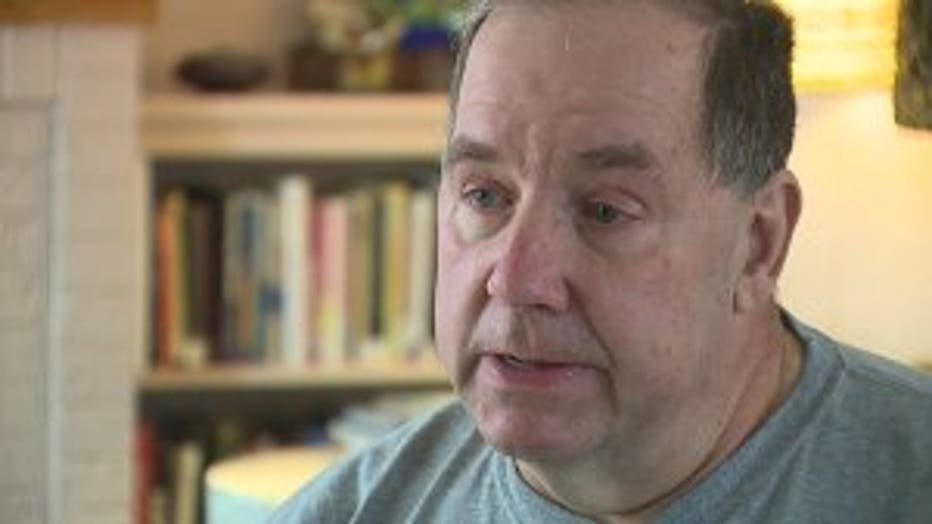 “He actually called me up here from the shop,” Stevens remembered. “And he said, ‘Come here right now because it’s not looking so good.’”

Shift gears to last September, when Bennett’s life came to a screeching halt.

“Didn’t feel anything really desperate going on,” Bennett said, who had come home early from a trip up north. “I woke up around 12:30 a.m. and the bottom half of me was gone, just gone.”

Bennett was numb from the waist down. 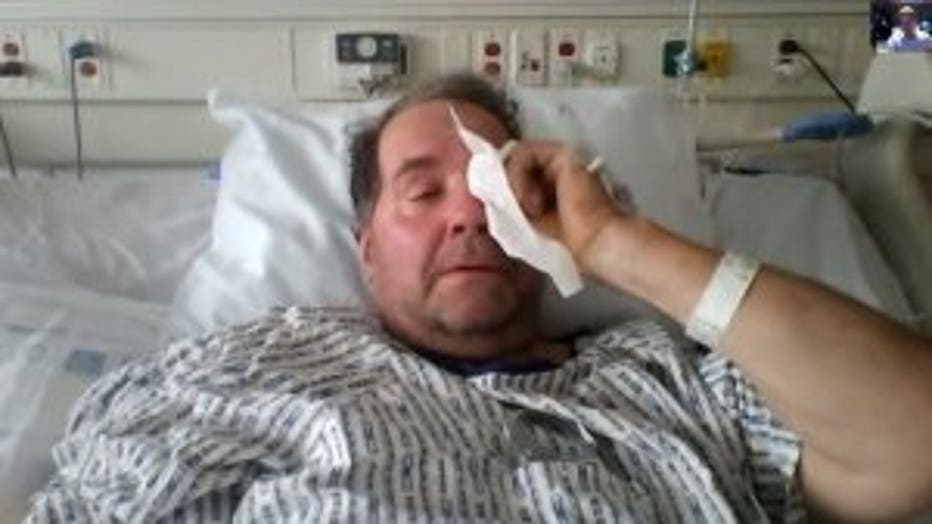 “He said, ‘Well, I don’t want to scare you or anything but I’m in the hospital,’” said Bennett's wife, Janell. “And I was pretty scared.”

Waiting for answers at the hospital, Bennett instead got this question.

“‘Do you want us to resuscitate you if you code out?’” Bennett said. “And I was just like, ‘First off, am I really that sick?’”

“That’s when I heard the term Guillain-Barre syndrome,” Bennett added.

Guillain-Barre is a rare disorder without a known cause or cure. Your body’s immune system attacks your own nerves.

“You have a one-in-100,000 chance of getting this,” Bennett said. “And apparently I drew the winning ticket.” 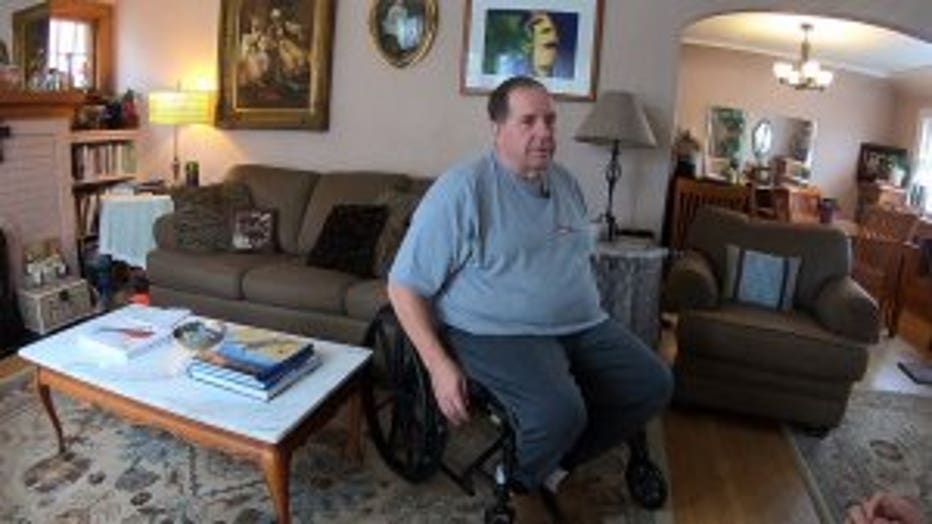 What starts as a tingling sensation or muscle weakness quickly spreads into all-out paralysis.

“At the worst of it, I couldn’t close my mouth,” Bennett said, who has seen videos Janell took in the hospital. “She was feeding me baby food. I was trying to push it with my tongue. I don’t remember any of this.”

Like one of his custom cars, Bennett would need a full restoration.

“They filter all the plasma out and then they replace it with 100% synthetic plasma,” Bennett said. “I told the guys at the shop I was going to get Mobil 1 tattooed on my arms.”

After seven of those oil changes, weeks in the hospital, and almost a month in a rehab facility, Bennett finally came home -- where life moved more slowly than a hot rodder would like.

“It’s amazing how you judge your freedoms, you know?” Bennett said, remembering small victories like making it to the kitchen or the front room.

“The little bits of independence that he’s gaining are huge,” said Janell. “In his world and my world.”

As Bennett logged those checkpoints on the road to recovery, his life spent in the fast lane actually helped accelerate the process. His therapist had a simple instruction, close your eyes and picture yourself racing around a track.

“Just tell your feet what they already know,” Bennett said. “Next thing you know, I’ve got my eyes closed and I’m lapping Blackhawk Farms like crazy.”

As for the hands, Bennett has Xbox to thank.

“The right hand is definitely lagging,” Bennett said, working the controller on one of his favorite racing games. “But my lap times are back up there where they need to be.” 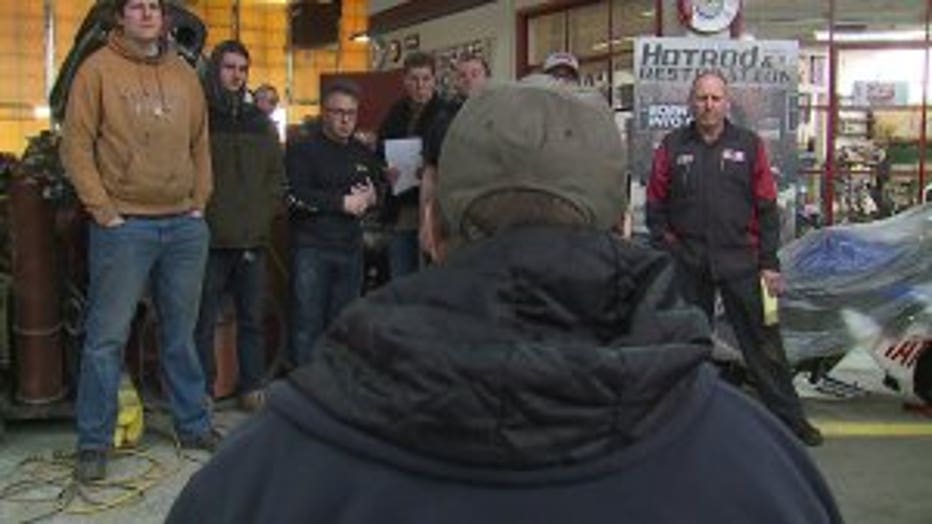 And through it all, the race was on for Bennett to make it back to the Auto Show.

“That show has been a big part of my life the last five years,” Bennett said. “So yeah, there was never any question.”

Bennett had hoped to be walking by load-in day. But instead, and this is saying something, he would settle for being the most popular attraction on four wheels.

“It’s like every 20 feet, I’m stopping and talking to somebody,” Bennett said.

Putting every car perfectly in place, Bennett was back in his element.

“We’re here,” Bennett stated with satisfaction. “And it’s as good or better a show as anyone we’ve put on.”

Bennett is finally ready to rev things up and get life back in gear.

“I want to get back on with my life,” Bennett said. “It’s been stuck in neutral now for five months.”

NOTE: Bennett made it to almost every day of the Auto Show. He said all that activity actually helped some of his swelling go down.

As you might imagine, the medical bills for this have been astronomical. Bennett had to sell off some of his most prized cars and motorcycles to try to make ends meet. If you’re interested in helping Bennett, there is a Go Fund Me account to donate.