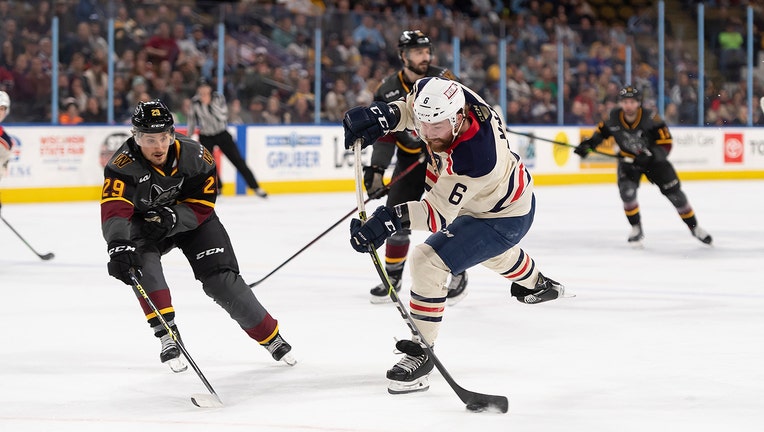 MILWAUKEE - If playing in front of their dads again made the Admirals nervous, they sure didn’t show it.

On the Admirals annual "Dad’s Trip" weekend, Milwaukee scored the final four goals of the game to take a 4-1 win over the Chicago Wolves on Friday night at Panther Arena. Cody Glass celebrated his birthday with a goal and Matt Donovan lit the lamp on the night the team honored him with a bobblehead to pace the offense.

Mitch McLain and Jimmy Huntington also found the back of the net for Milwaukee and Cole Smith chipped in a pair of assists.

Connor Ingram stopped 30 of the 31 shots he faced, including 12 in the first period, to pick up his 27th win of the season. Ingram also helped to backstop the Admirals penalty kill unit as they turned in a perfect 7-for-7 performance which included an important four-minute Chicago power-play midway through the third period.

The win pushed the Admirals home point streak to eight (7-0-1) and moved them to 74 points on the year, which lowered their magic number to clinch a spot in the Calder Cup Playoffs to 16.

Trailing 1-0 after the first period, Glass and Donovan scored just 1:16 apart to take a lead they would not relinquish. McLain gave the team some insurance at 2:12 of the third and Huntington clinched it with an empty-netter with 3:24 left to play.

The Admirals and Wolves finish up their home-and-home set tomorrow night in Chicago at 7 pm. The Ads next home game is Sunday afternoon at 5 pm against the Grand Rapids Griffins.