MILWAUKEE COUNTY (WITI) -- 43-year-old Michael Gawlitta of West Allis, accused of having inappropriate communication with a 14-year-old girl, has reached a plea deal in the case against him. 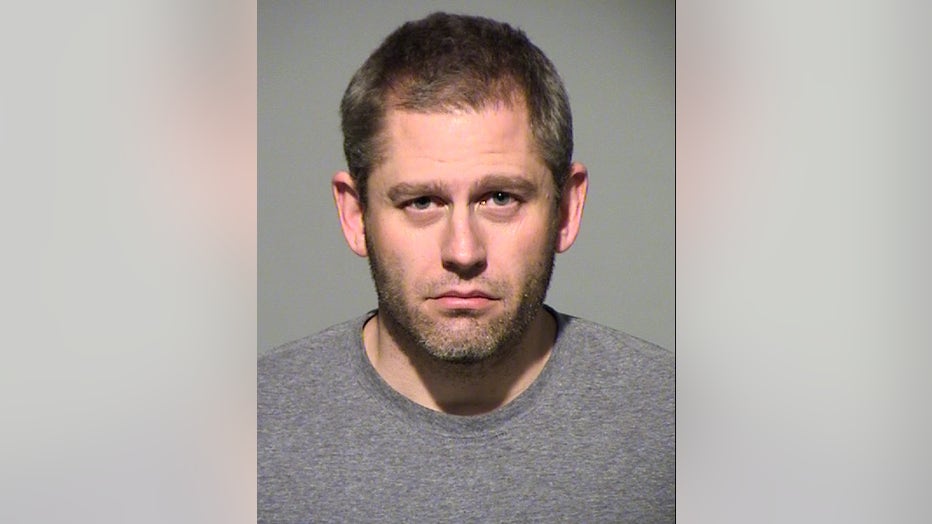 Gawlitta has pleaded guilty to one felony count of causing a child between the ages of 13 and 18 to view sexual activity. Two additional charges were dismissed but read in.

A separate case charged Gawlitta with two felony charges: one for child sexual exploitation, and one for possession of child pornography.

He pleaded guilty to the possession of child pornography charge in October, and the child sexual exploitation charge was dismissed but read in.

Gawlitta will be sentenced in both of the cases against him on November 5th.

Gawlitta is the husband of Tammy Gawlitta — who lost her life in a crash during a snowstorm in December of 2013 — on I-43 at Highway 100. Prosecutors believe Gawlitta’s alleged communication with the 14-year-old girl started just weeks after his wife’s death.

The complaint says the girl’s mother opened a messenger application on the girl’s phone, and discovered a contact between the girl and Michael Gawlitta. In his profile picture, the man appeared to be in his mid-40s.

The complaint says the girl’s mother was able to locate Gawlitta’s Facebook page, which shows him with his deceased wife (Tammy Gawlitta) and four children.

Police in Texas discovered six videos on the girl’s cell phone in which Gawlitta was seen engaging in a sex act, and whispering the girl’s name — according to the complaint.

“I never want to see a man from the waist down, completely exposed, calling out my daughter’s name. My first reaction was I was disheartened. I was crying. You know, I was upset. I just felt weak in the knees. I couldn’t sleep the whole night,” the girl’s mother told FOX6 News.

Police met with the girl in this case, who told them she “met” Gawlitta via her phone’s messenger application. According to the complaint, the girl told police she decided to talk to Gawlitta because she likes baseball, and his name on the application was “Mister Baseball.”

The complaint says the girl told officials Gawlitta knew how old she was — saying she told him her age after a few days of talking. The girl says Gawlitta asked her if she was okay with him being “three times older than she was,” according to the complaint.

The complaint says the girl told police she asked Gawlitta to send her the videos — and once he did, she says he asked her if she would ever do that for him — and when she said no, the girl says Gawlitta felt bad.

The girl says Gawlitta never asked to meet her, according to the complaint.

According to the complaint, police found several photos on the girl’s phone that were identified as Gawlitta. Additionally, they found a picture of a young girl wearing just a towel that was identified as the girl in this case.

When he was interviewed by police, the complaint says Gawlitta told them he first began to chat with the Texas girl in January of 2014. He also told police he used his phone to create two videos that he sent to the girl, according to the complaint.

The complaint says Gawlitta told officials he did not remember the girl’s name. When asked whether he talked with her about a photo she took after getting out of the shower, Gawlitta said “there’s a possibility.”

The complaint says Gawlitta told officials he believed the girl was 18 years old.

In one of the messages sent between the girl and Gawlitta, outlined in the criminal complaint, the girl reminds Gawlitta that “the legal age is 18.”

“I just can’t believe it. Good thing I went after him to find out what was going on. I honestly think his wife came into my home as an angel and she sent me into my daughter’s room to take the phone from her,” the girl’s mother told FOX6 News.