MILWAUKEE - It is possible that the winner of the presidential election may not be known on election day, Nov. 3, as millions across the U.S. have requested absentee ballots.

One million Wisconsinites have already requested absentee ballots; that would beat the 819,000 who voted absentee in 2016.

"We're going to continue to emphasize accuracy over speed, making sure our elections are accurate," said Meagan Wolfe, administrator of the Wisconsin Elections Commission.

Wolfe, the state's chief election officials, told FOX6 News that she does not have an estimate yet on how long the local counting will take.

"It may take a little bit longer just because of the sheer volume of those requests," Wolfe said. 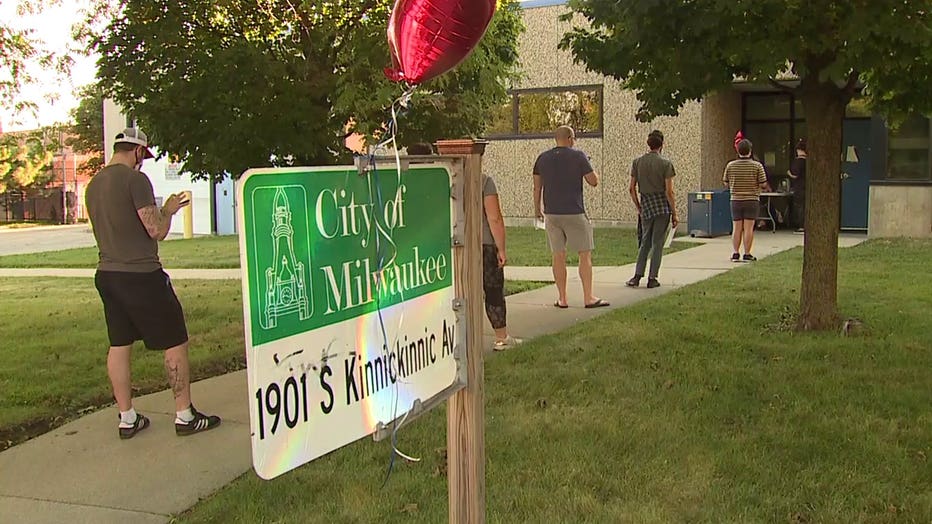 Voters stand in line to drop off absentee ballots in August

The election director of Wisconsin's largest city told FOX6 News she still expects results by the middle of election night.

As those absentee ballots take longer to count, will that give a false impression of results in this key battleground state?

The latest Marquette University Law School poll found President Donald Trump winning the vote of those planning to vote in person on election day -- 58% for the president, 33% for Joe Biden.

However, the poll also found Biden winning among those planning to vote absentee -- 68% to 22%. 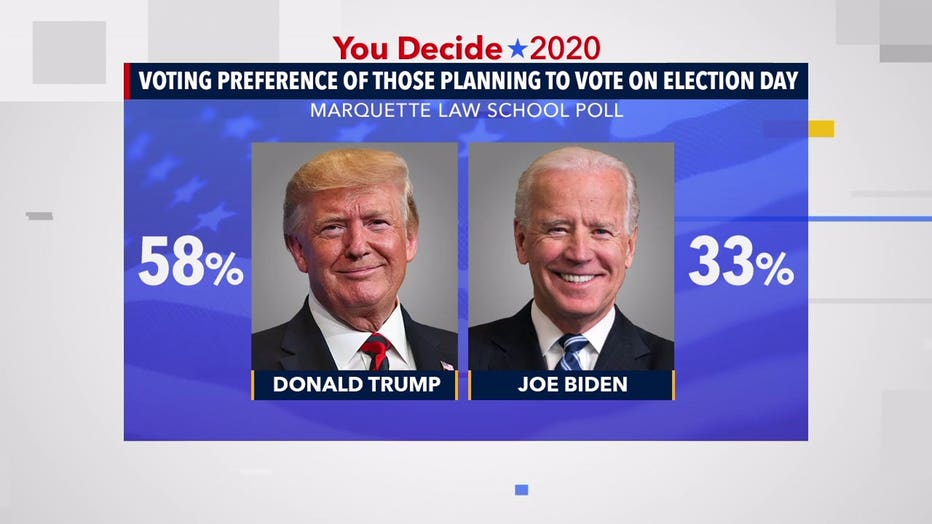 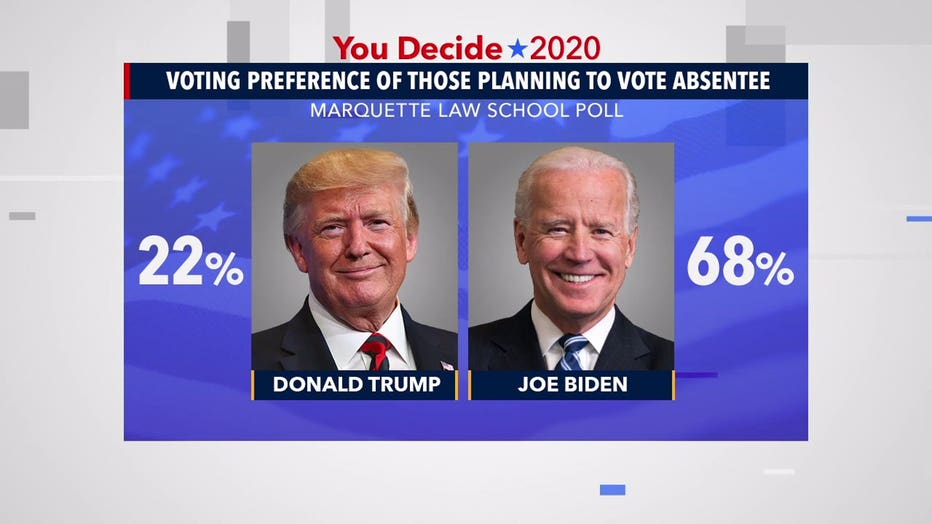 What that will mean on election night is a big question, one of many for the state.

"What are the security considerations and other things that have to happen, if that process is going to spread across multiple days?" Wolfe asked.

The world could be waiting to know who wins Wisconsin -- and thus, who wins the White House.

For now, the Wisconsin Supreme Court says no more absentee ballots will be mailed out, as it weighs whether to put the Green Party on the ballot.

Milwaukee expects 150,000 residents to vote absentee and plans to open at least 171 polling places -- a significant increase from the five open in April, which the city blamed on too few poll workers due to the COVID-19 pandemic. 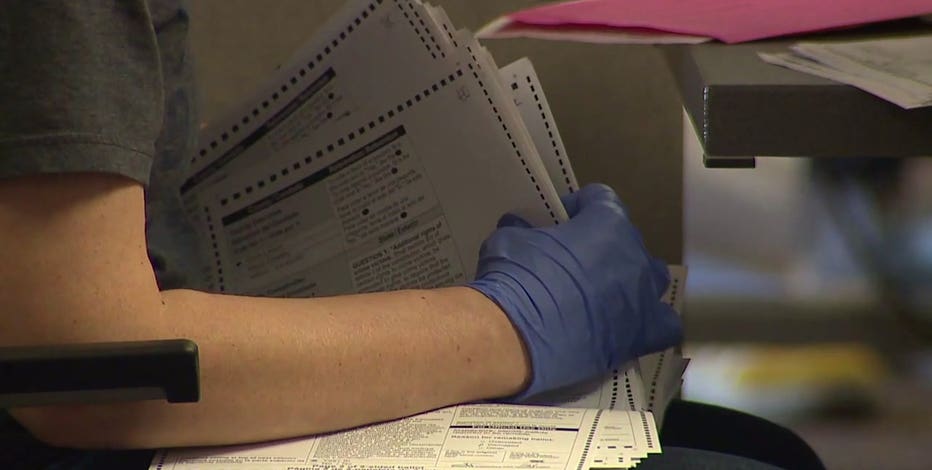 The order to halt absentee ballot distribution comes as municipal clerks are already on a tight deadline to get ballots out on time. 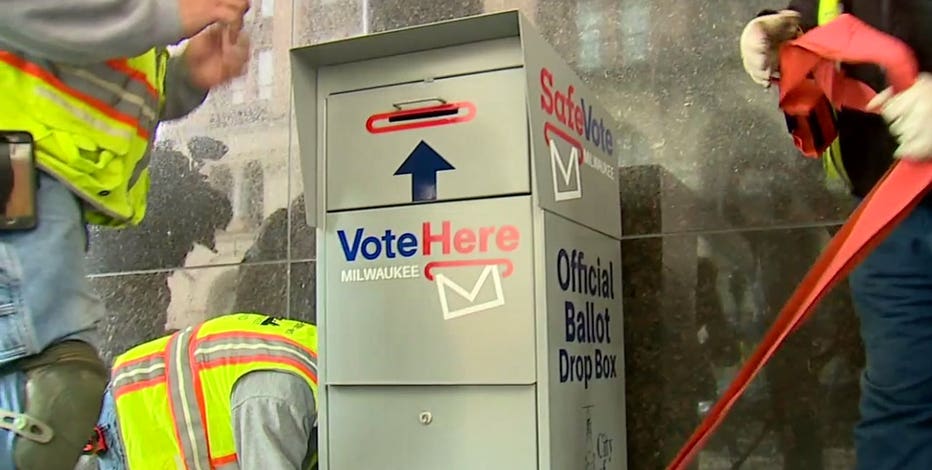 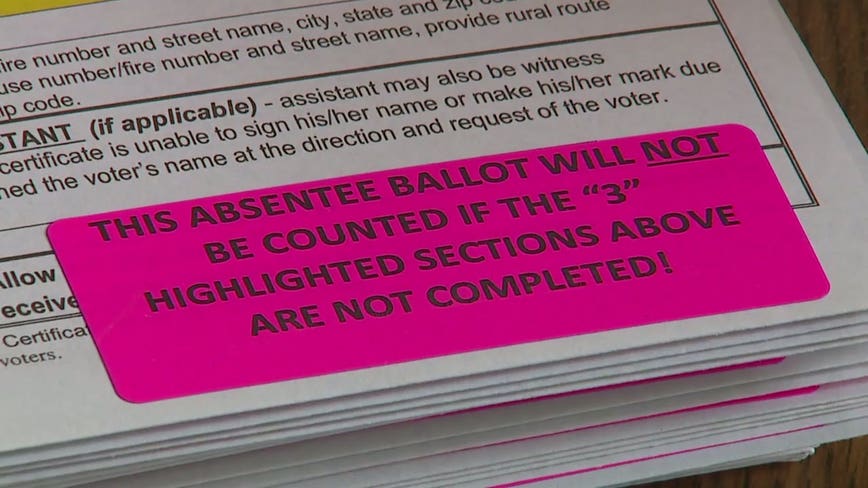 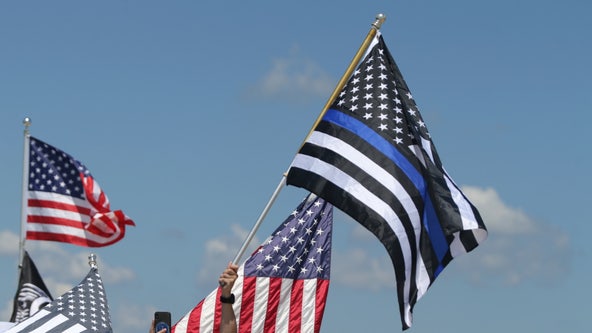