Aboard the USS Eisenhower: Get a close look at the F-35C, the future of naval aviation

Aboard the USS Eisenhower: Get a close look at the F-35C, the future of naval aviation

In the air high above the world’s oceans, the F/A-18 Super Hornet rules supreme. A versatile jet, as adept in a dogfight as it is at launching air strikes around the globe. 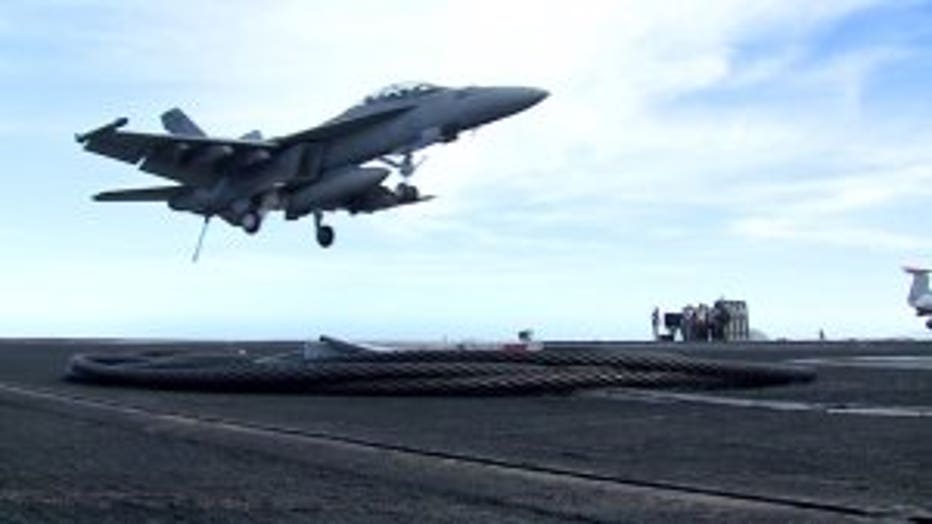 But its reign as the Navy’s preeminent fighter is coming to a close.

“That is 30-year-old technology in those,” said Lockheed Martin’s Tom Halley. “And this is new technology.”

A new bird is ready to spread its wings.

As part of our three-day immersion with the U.S. Navy, we got a view from the cockpit at the future of naval aviation – the F-35C Lightning. 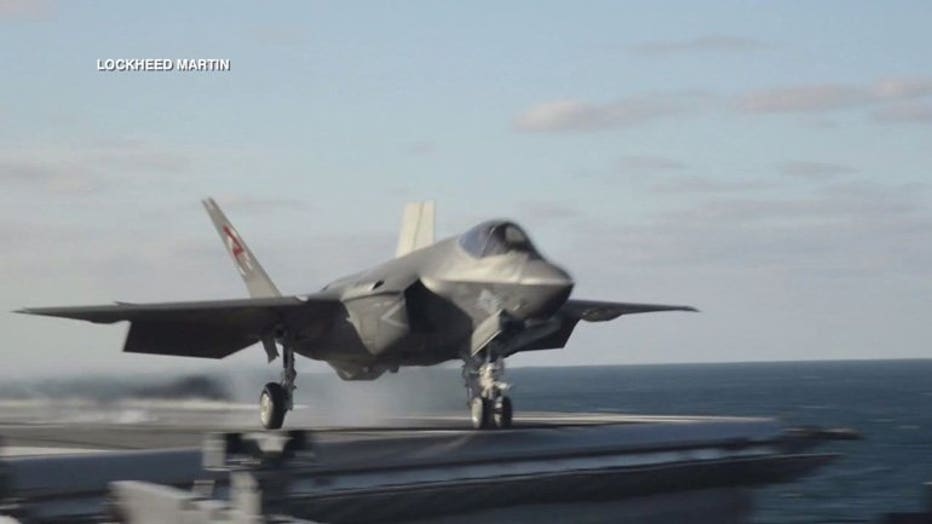 “This is a generational leap,” said Halley, who works on F-35C business development.

Halley, call sign “Comet,” flew Hornets during his 28 years in the Navy. F-35 simulator pilot Eric Best spent his career with the Air Force, in F-16s. Both now work for Lockheed Martin, and served as my wingmen as we took the F-35 for a spin. 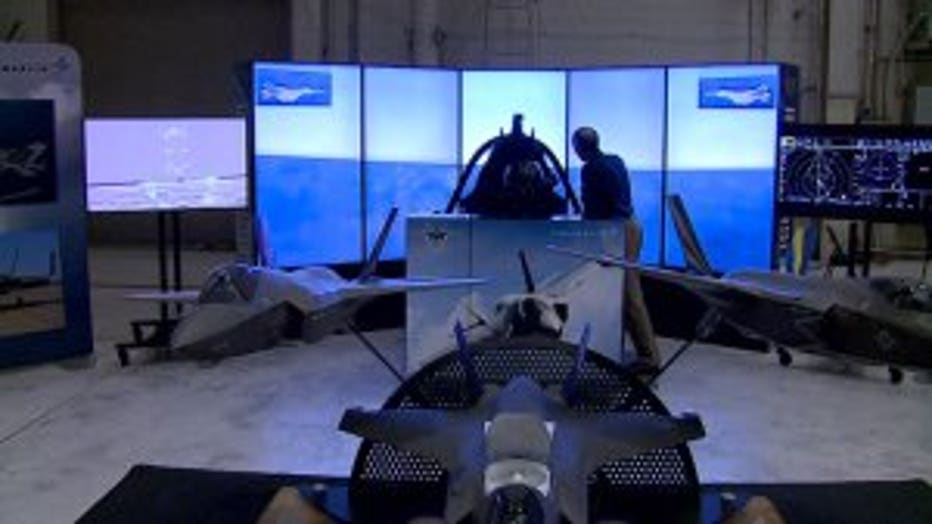 It was time to show off the full potential of the F-35. Stealth technology doesn’t make the fighter invisible, but it’s close.

“You’re over 50 miles away,” Best said of my two targets. “Those things have no idea you’re there.” 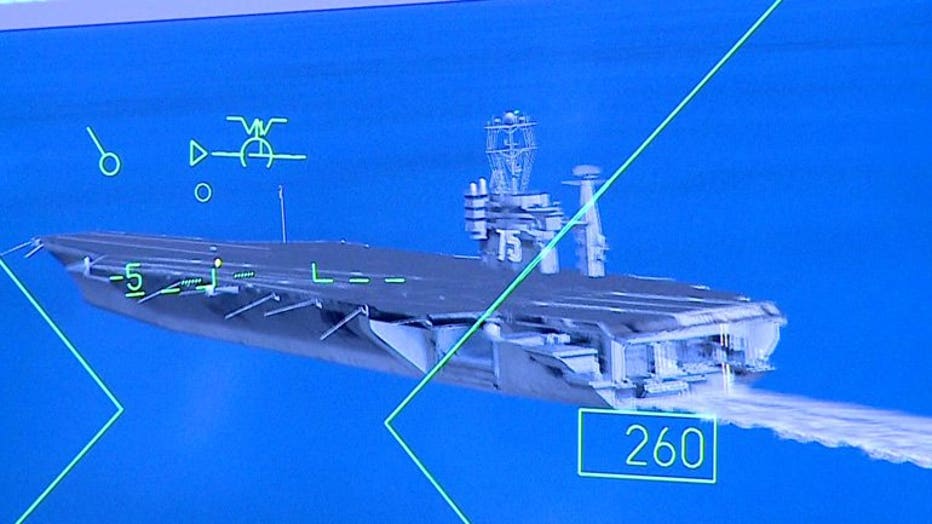 Sensors and computers onboard analyze an entire battlefield in a fraction of a second.

“This is where we’d be able to figure out if it’s a friend or if it’s a threat,” said Best, pulling up another screen. “Or what type of threat.”

And a full array of weapons, including precision bombs, means the Lightning doesn’t have to strike twice. 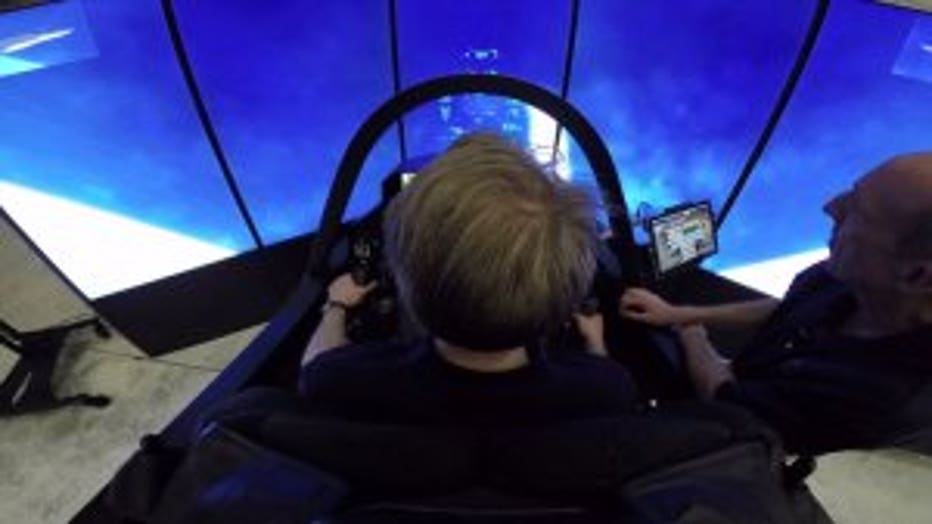 “You paid for a generational leap,” Halley said. “And you got it.”

Speaking of cost, each of the Navy’s versions of the F-35 goes for a cool $120 million. In early years, the program was plagued by missed deadlines and budget overruns.

“We were behind on a lot of stuff,” Halley admitted. “But since 2010, they re-baselined the program and we have been making all of our gates there.”

And Halley called the F-35 an investment in America’s air superiority going forward.

“We have to look at the biggest kid on the block and that’s probably China,” said Halley. “In the next few years, they’re going to have five carriers or so.” 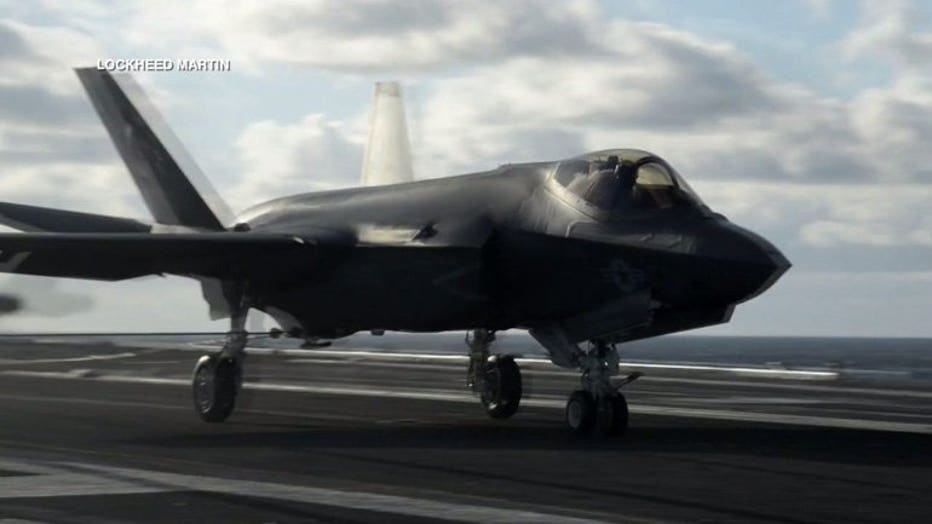 The Navy does not face much resistance while launching air strikes in Iraq or Afghanistan. But that would not be the case while flying combat missions over, hypothetically, North Korea.

“The stealth and fusion allows us to go into those contested areas and come out alive.”

“Survivability is a big piece of this,” Halley said. “The stealth and fusion allows us to go into those contested areas and come out alive.”

As we headed back to our carrier, there was one last feature to try out.

Pulling off a trap landing is the final step before a pilot gets his wings. But the systems in the F-35 make it relatively easy, even for a novice reporter. 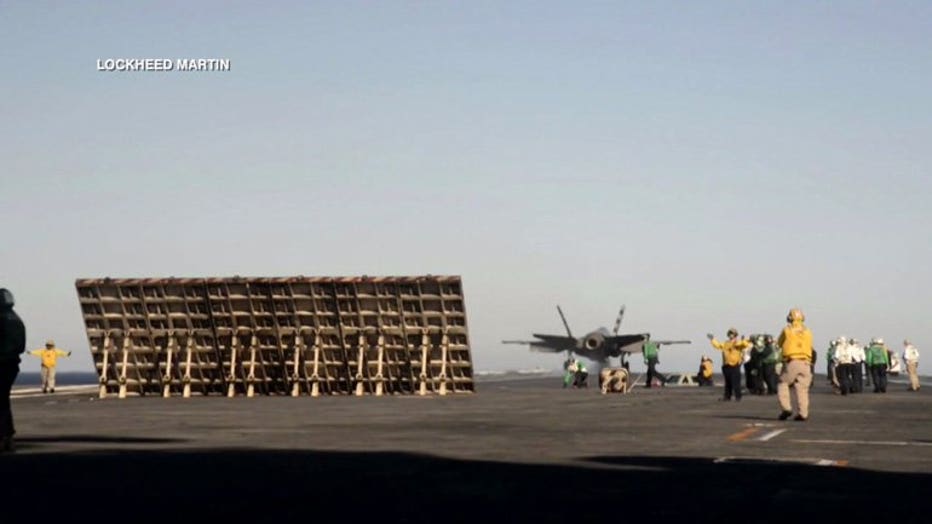 “They said with this,” said Halley. “You can actually come across the ramp with your hands in the air and still catch a three-wire, once you’ve clicked into that system.”

“...it’s probably going to change the training dynamic for the Navy.”

“I think they’re starting to acknowledge,” Best continued. “That it’s probably going to change the training dynamic for the Navy.”

“Now we can take that, and spend that on some other tactics that we need to work on,” Halley added. “Jamming, air-to-air, air-to-ground, dropping bombs and stuff.”

Ensuring a new generation of Navy pilots remain the baddest birds in the sky.

The Navy expects to have the F-35C fully operational by the end of 2018 or early 2019. While the Air Force has already started completely replacing its aircraft with the new planes – the F-35A – the Navy will integrate the F-35C along with the F/A-18s and other aircraft.