SEATTLE (WITI) -- A human foot, still inside a New Balance tennis shoe washed ashore in Seattle this week -- and if that wasn't mystery enough, it's the FIFTEENTH foot that's washed ashore along the Pacific Northwest coast since 2007!

15 human feet have washed ashore along the Pacific Northwest coast -- from Canada down to Tacoma -- over the last seven years.

And no one seems to know where they're coming from.

“Who knows where they originated?” resident Albert Hulsen told FOX31 sister station Q13 FOX in Seattle. “Maybe it’s not from this area at all but from one of the surrounding islands.”

A forensic anthropologist with the King County Medical Examiner's Office, where the foot is being examined says the foot likely wasn't severed, but detached from the body as it decomposed at sea.

“The bones fall apart. They (feet in shoes that have washed ashore) are not being severed. They’re not being purposely cut off. Tennis shoes not only protect the feet but they’re also buoyant, and so they either float on the surface, or they’re in the high part of the water column, so they will float in with the tide,” the forensic anthropologist said. 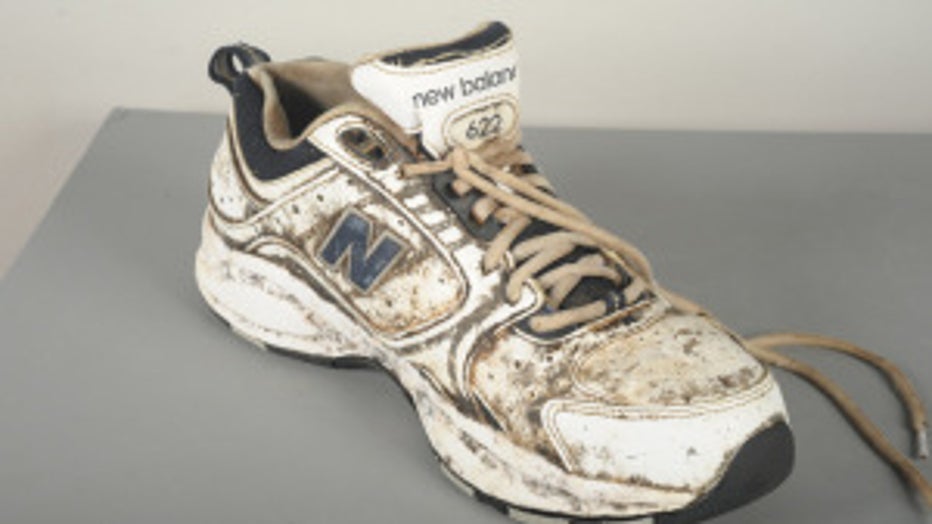 This is the shoe that was found with a human foot in it near Seattle’s Pier 86 on Tuesday. (Photo: King County Medical Examiner’s Office)

The Medical Examiner's Office has released a picture of the tennis shoe in which the foot was found in an attempt to identify the person who wore the shoes.

This model of shoe was first available for purchase in April of 2008.

A black, cotton Hanes sock was on the foot when it was found.

There is no word on whether authorities have made any effort to link this foot to the other 14 that have washed ashore since 2007.

So where are these feet coming from?

A local expert on tides told Q13FOX the feet could be local -- or they could be winding up in the Northwest by way of the Strait of Georgia in Canada or the Strait of Juan de Fuca that connects the Puget Sound near Seattle to the Pacific Ocean.

CLICK HERE for more on this story via Q13FOX.com.