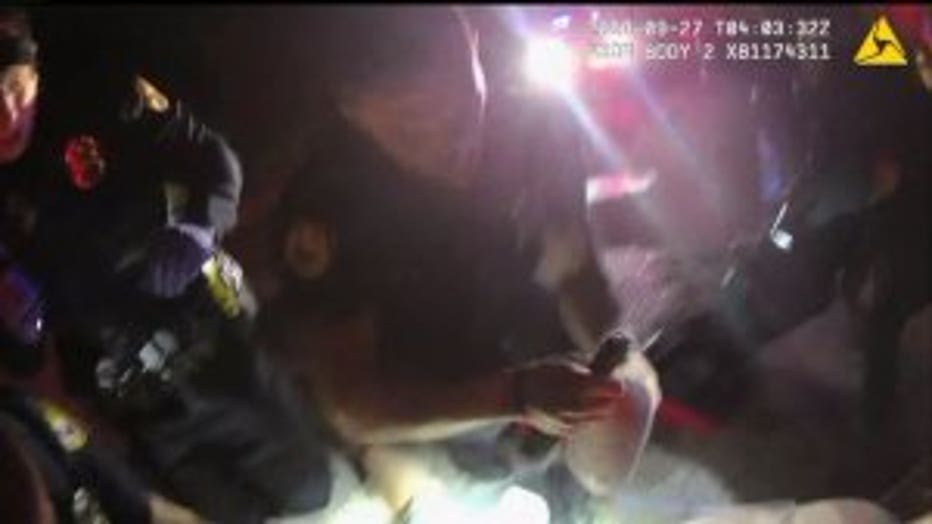 WEST ALLIS -- Just before midnight in September, Michael Scharf doesn't remember first responders breaking his window, pulling him out or attempting to find a pulse.

Scharf, 52, had just suffered a heart attack and West Allis police officers were the first to find him, locked inside of his car that had just crashed.

"He wasn't breathing, couldn't find a pulse at all," said Officer Daniel Foy of the West Allis Police Department.

Officer Foy and other responding officers began CPR, while one of them ran to his squad car to get the automatic defibrillator. 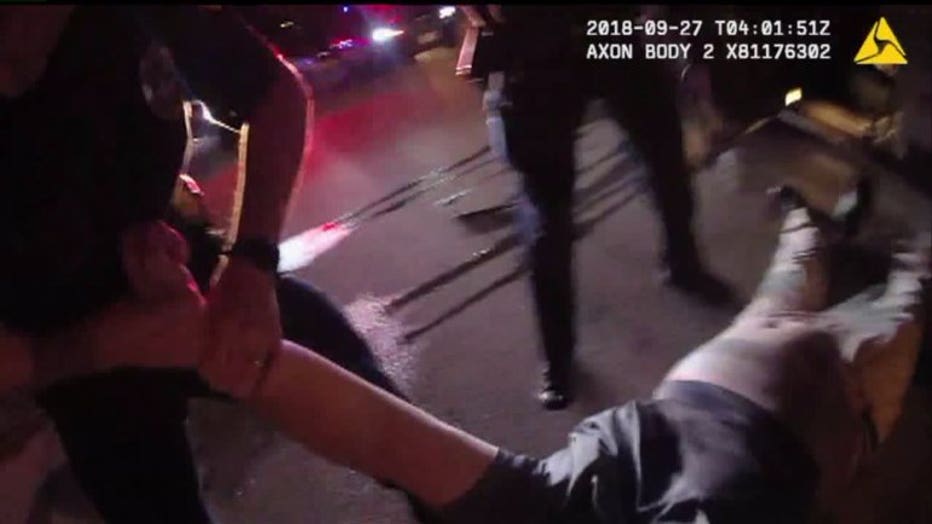 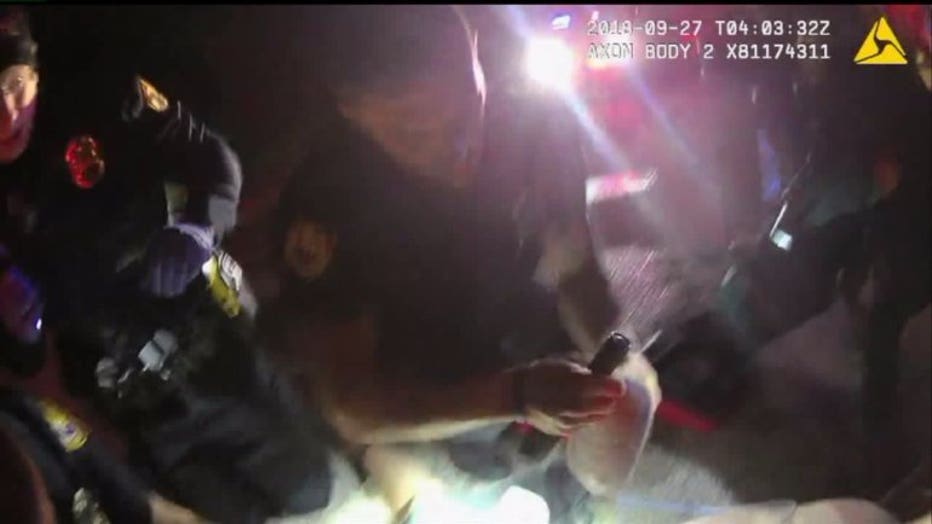 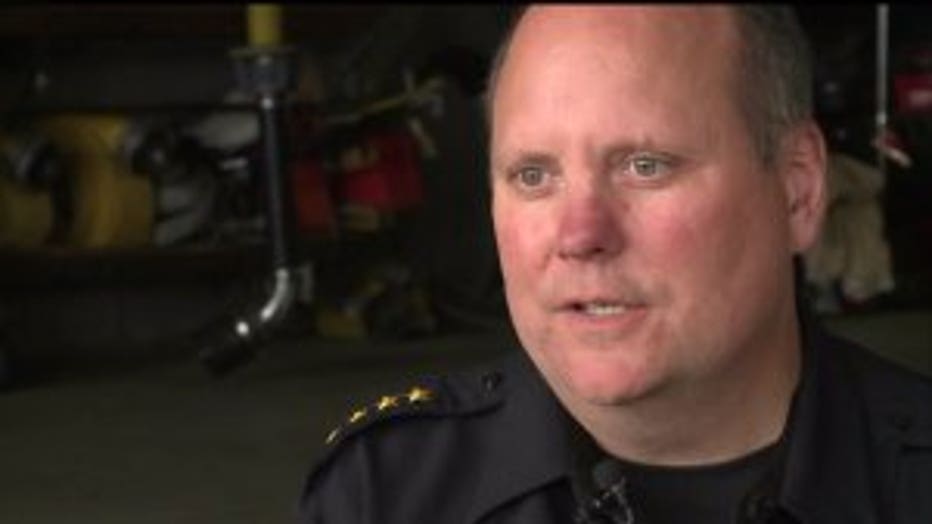 "You see this guy who's struggling, he's still trying to fight for his life and we're just trying to be there to help bring him back," said Officer Foy.

Not long after the officers were ready to use the AED, West Allis firefighters arrived on scene and pressed the button.

"You kind of get some tunnel vision and focus on everything that’s going on," said Foy.

Scharf was taken to the hospital where he received a stent and spent time in the intensive care unit.

"I just remember waking up in the hospital confused as to where I was," said Scharf.

The father of four said he didn't remember anything about the accident or the week leading up to it. But since then, he was recovering in the hospital and released on Wednesday. 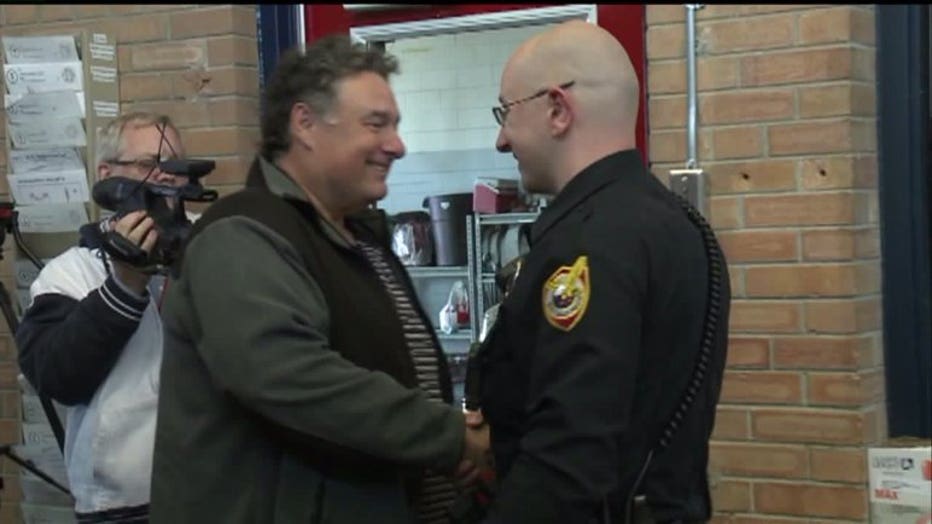 "I saw him step out of the front passenger seat and it was just a shock," said Foy. 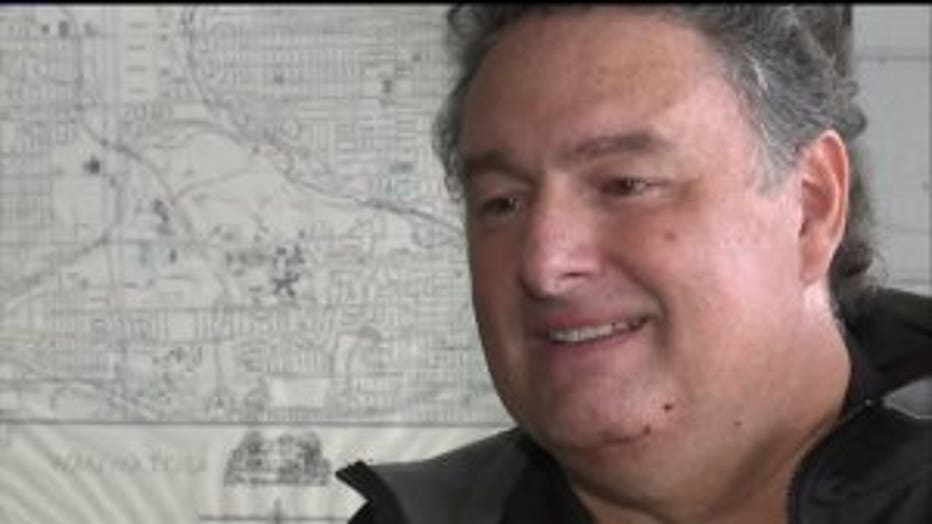 Besides home, one of Scharf's first destinations was the West Allis Fire Department, where he was welcomed by several officers and firefighters who saved his life.

"Very emotional. You can't express how much gratitude to what they did because I wouldn't be here if they weren't there," said Michael Scharf.

Foy told Scharf what happened on the scene the day of the accident. The family brought the group heart shaped brownies.

"These are the people that saved him and gave him back to our family," said Nikki Scharf, Michael's wife. 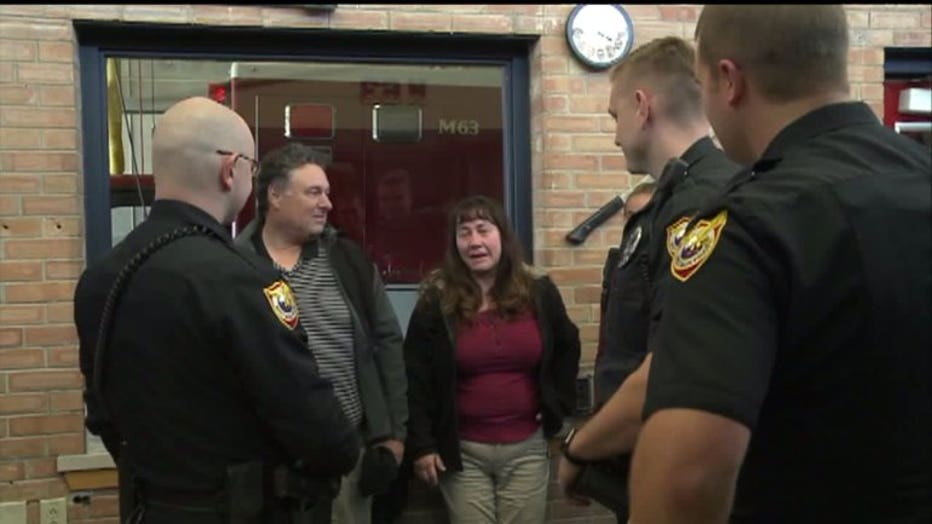 Just two weeks before, West Allis police equipped most of their squads with an AED donated from the West Allis-West Milwaukee School District. Scharf's life would be their first save.

"We were with this patient when he was pulse-less, not breathing and the fact that now he's back up on his feet it's remarkable. It has a huge impact on us,"
said Lt. Kyle Novak, West Allis Fire Department.

The firefighters and officers said the effort was a team effort between the two agencies, as well as the school district; because without any of them, the save may not have happened.

"In a long career, my guess is this will stand out for all of those officers until the day they retire and well past," said West Allis Police Chief Patrick Mitchell. 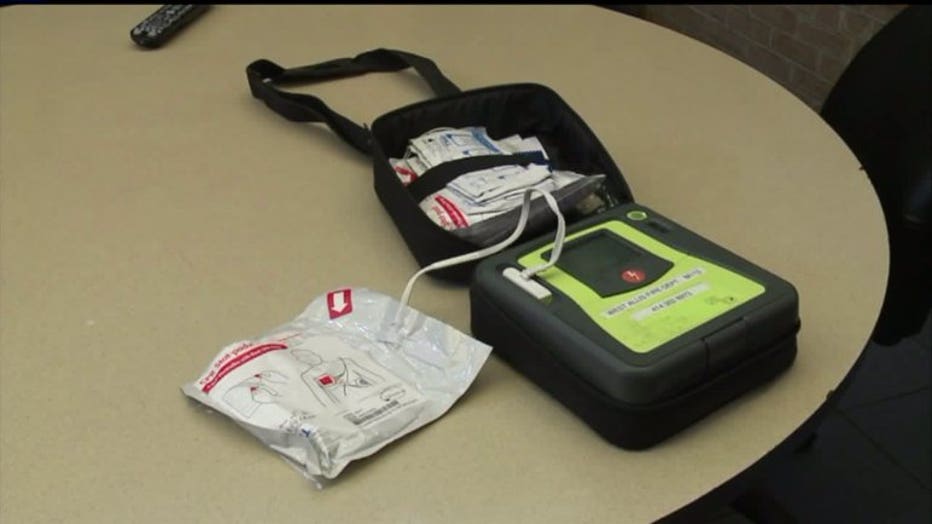 Two days before the accident, the Scharf's celebrated their 24th wedding anniversary; the gift of life was just fine for them.

"I just keep telling myself, he's standing out there right now because of what they did," said Nikki Scharf. "We don't know how to say thank you to the police, the firemen, everybody."

The whole incident was captured on police body camera, giving a glimpse into the tense moments that unfolded after Scharf was pulled from the car.

"He would not be here without them," said Nikki Scharf.

The family hopes their story will inspire other local police agencies to consider adding AEDs to squad cars. In their story, those seconds made all the difference.

"I think we need to get this message out to everyone that all police departments, all police vehicles need this," said Nikki. 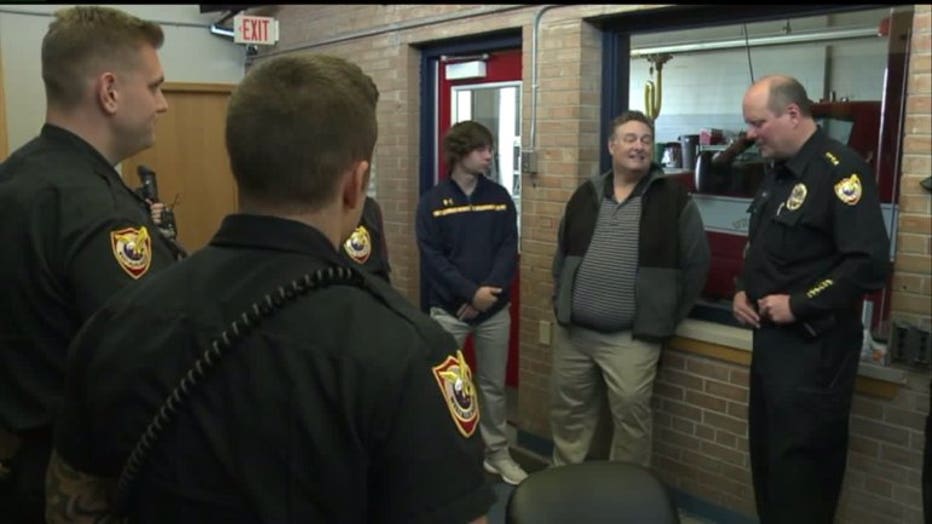