“A special event:” Prince and princess of Luxembourg make stop in Village of Belgium, Wisconsin

"A special event:" Prince and princess of Luxembourg make stop in Village of Belgium, Wisconsin

VILLAGE OF BELGIUM, Wisconsin -- Real life royalty made a stop in southeastern Wisconsin on Sunday, May 22nd. The prince and princess of Luxembourg paid a visit to the Village of Belgium, Wisconsin in Ozaukee County.

The royal couple made a detour -- stopping in Wisconsin while on a trip to New York. 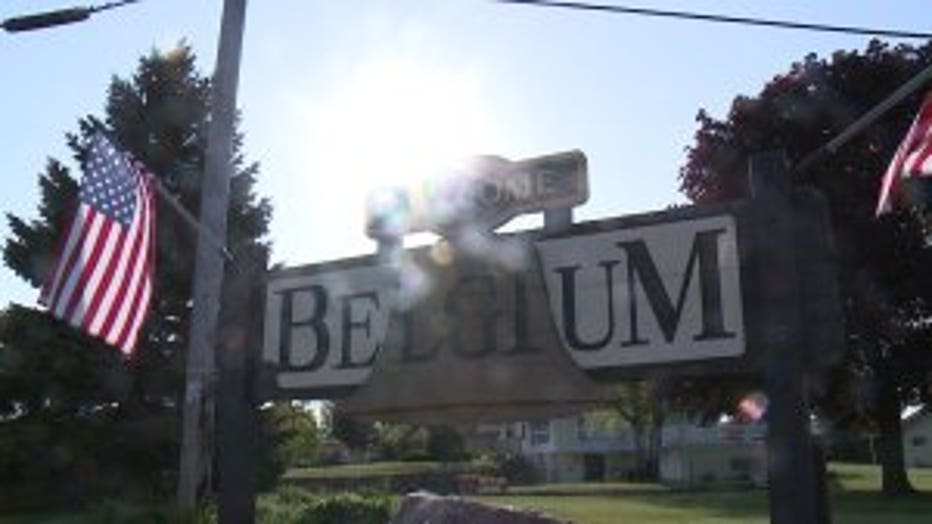 "This is a once-in-a-lifetime event for me," Emma Ansay said.

In the Village of Belgium, Wisconsin on Sunday, May 22nd, just off Royal Avenue, was a royal sighting.

"What a special event -- to have such royal dignitaries come from Luxembourg," Jean Nsay said. 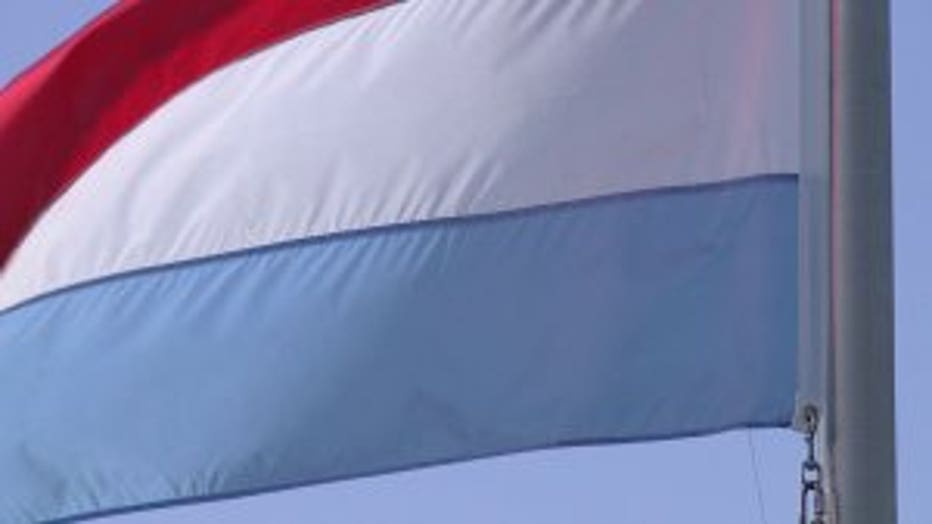 The rural community in Wisconsin may seem an unlikely place to spot the crown of Prince Guillaume and Princess Stephanie of Luxembourg, Belgium -- but the ties between Belgium, Wisconsin and the tiny European country bordered by Belgium, France and Germany are strong.

"If you come to Luxembourg Fest, the whole town is lined and there's flags and there's a parade," David Perrott said. 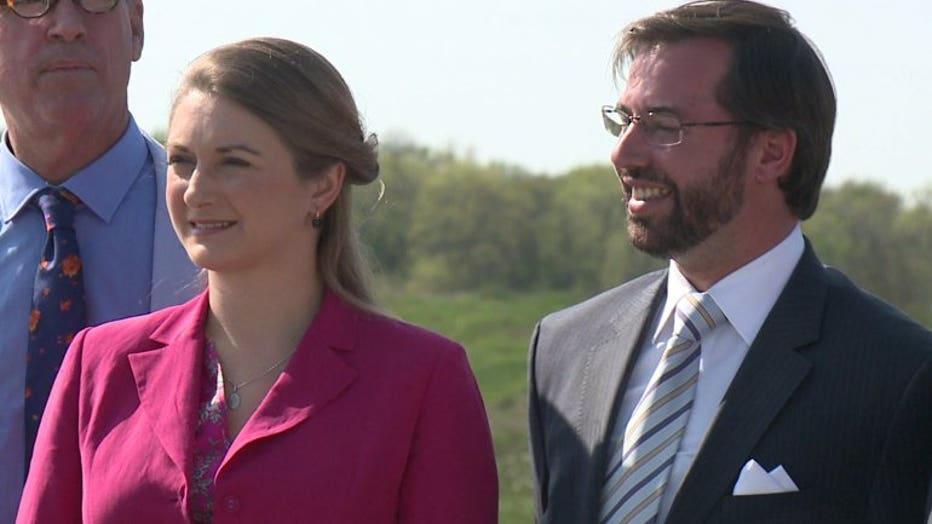 Immigrants of present-day Luxembourg built a new homeland here in Wisconsin at the end of the 19th Century. Their hard work is chronicled by the "Roots and Leaves Museum" inside the Luxembourg American Cultural Center.

Their royal highnesses are patrons of the center.

"We're a really small village and to have people of that kind of stature come to visit us -- it's really quite exciting," Vicki Boehlein said. 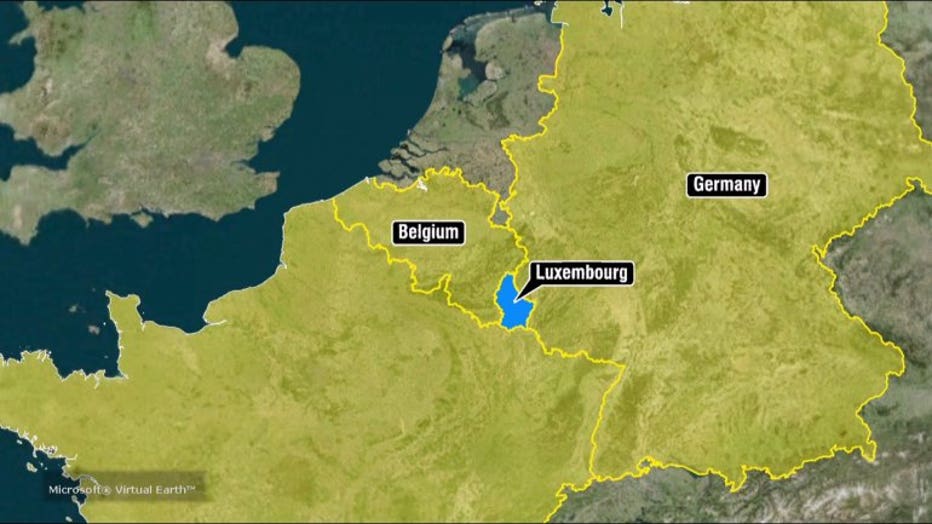 The royal couple toured the Grand Duke Henri Plaza -- pausing by a statue of the Grand Duke. They toured the museum which was dedicated in 2009 before speaking to a crowd of several with dual citizenships.

"Walking through your town raises an odd feeling inside of all of us. It's very strange, a feeling of deja vu, a sense of familiarity despite all being known," Prince Guillaume said. 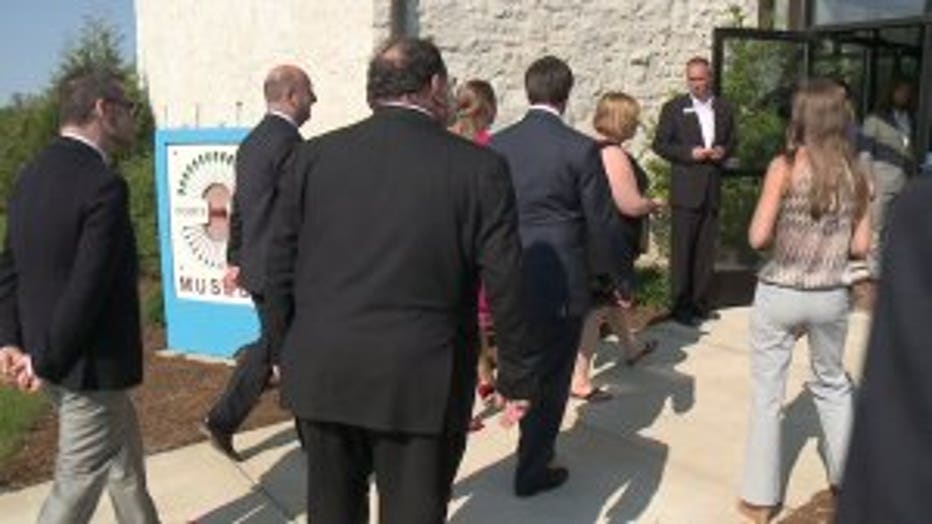 The crown prince praised the American immigrants brave enough to leave his country during a time of desperation. He said his country is now a prosperous one.

"The descendants of those who took all their courage and left a land that could not feed them," Prince Guillarme said.

The crown prince said he often thinks of the large number of refugees who left his country for America when he sees present-day refugees trying to enter Europe.