BROWN DEER, Wis. - The North Shore Fire Department employs some of the state's more than 54,000 firefighters, but when it comes to vaccinations, are they firefighters or emergency medical workers? The answer could determine whether they are included among the state's highest priority group for getting COVID-19 vaccinations.

"What’s the line? What do firefighters do? What do paramedics do?” said Chief Robert Whitaker. 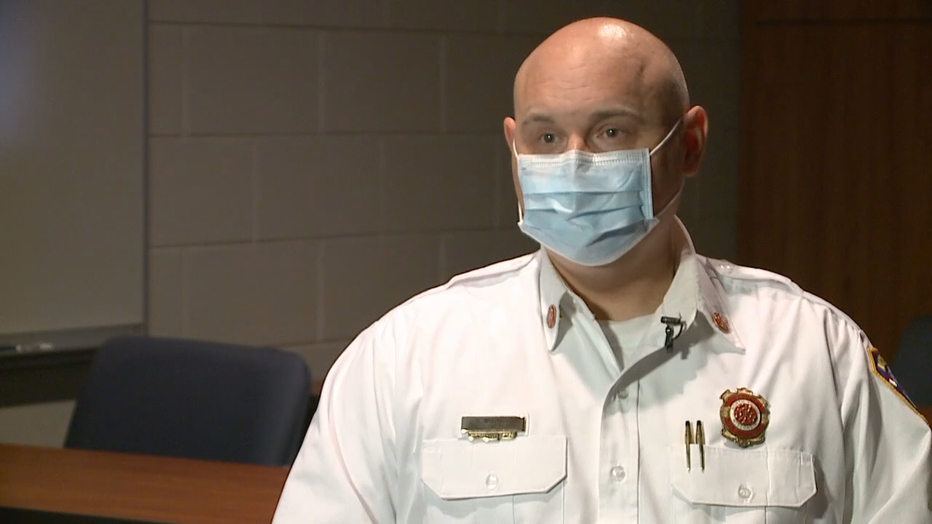 Sometimes they put out fires, but far more often, Wisconsin firefighters are responding to medical calls.

Whitaker said he wants to make sure the state of Wisconsin knows that as it's decided who is first in line for vaccinations. 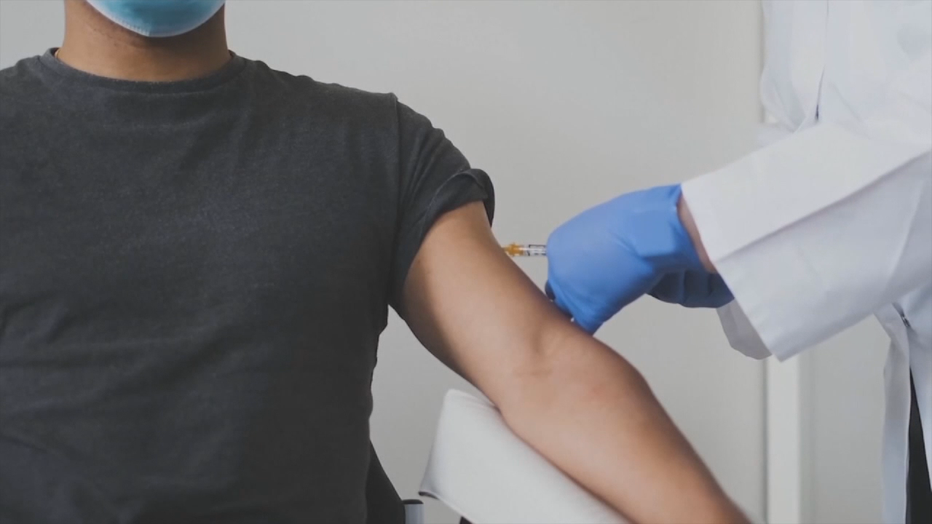 "You’re in people’s houses," said Whitaker. "You’re in their apartments. You’re in small rooms with them, and then you ride in the back of basically a six-by-eight ambulance.”

Wisconsin's vaccine distribution plan puts health care workers and nursing home workers and residents at the top of the list.

"The whole purpose of prioritization is to ensure that the most critical people get the vaccine first," said Ann Lewandowski, Wisconsin Immunization Program manager. 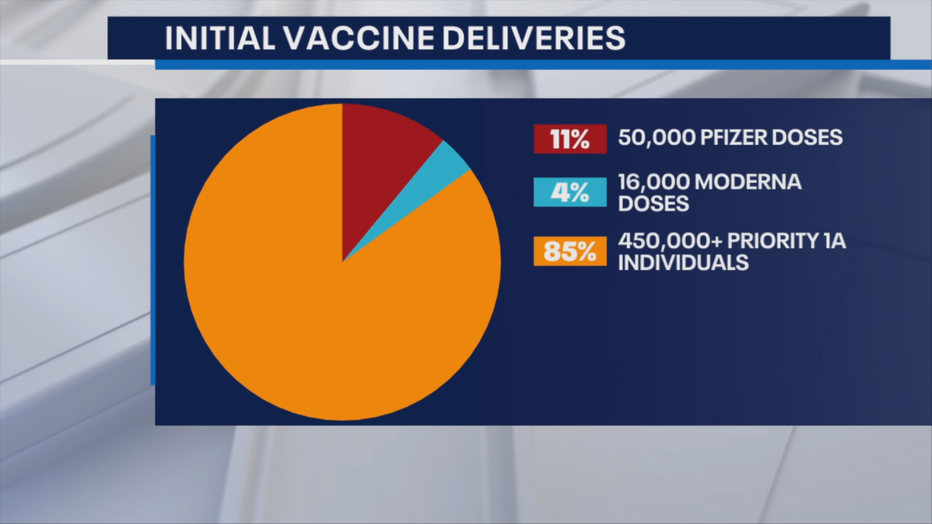 On Tuesday, Dec. 8 the State Disaster Medical Advisory Committee said it expects Wisconsin to get about 50,000 doses of the Pfizer vaccine next week and another 16,000 from Moderna the week after that -- an initial delivery that will cover less than 15% of the state's top priority recipients.

“That’s as much as we have for planning purposes," said Stephanie Schauer, Wisconsin Department of Health Services.

And yet, the committee has been inundated with requests to add others to its coveted Phase 1a, from radiation techs to blood center workers, aides, disabled children and adults, food production workers, social workers speech pathologists, child care workers, prisoners -- even the homeless.

"To sort of add more and more people into 1a because they have some connection sort of with health care doesn’t really help," said Ed Bolognia with Marshfield Clinic.

“I think we have gone down a slippery slope," said Arthur Derse with the Medical College of Wisconsin.

The state's vaccine committee did ultimately recommend that police and firefighters who respond to EMS calls be included in phase 1a. 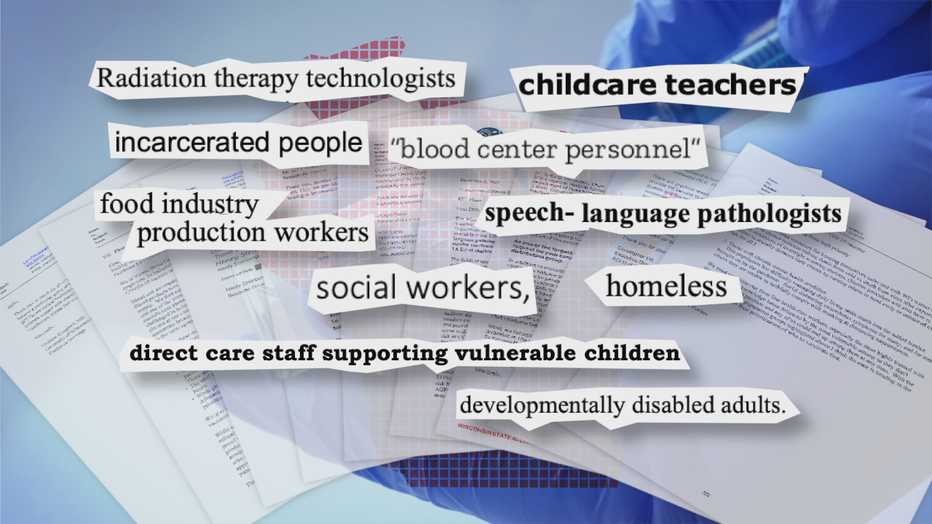 "Definitely a relief 'cause there was a gray area," said Whitaker.

The initial vaccine scarcity means even those in the top tier may have to wait weeks to get their shots, but state medical advisors say, rest assured, your dose is coming.

"It is a matter of weeks to months, not years on this," said Derse.

In addition to firefighters who respond to medical calls, the vaccine subcommittee recommended that in-home health care workers be included in Phase 1a. The recommendation is not binding. It will be taken up at the next meeting of the full State Disaster Medical Advisory Committee.