Blazing his own trail

Blazing his own trail

SAN DIEGO -- Graduation season is full of excitement for the young men and women celebrating a milestone, but it’s often bittersweet for parents. That is certainly the case for one Green Bay military family. 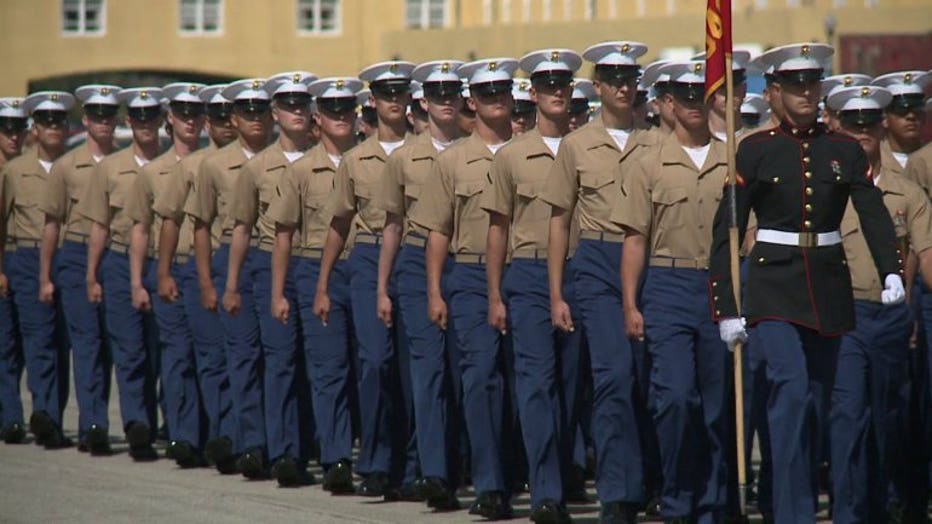 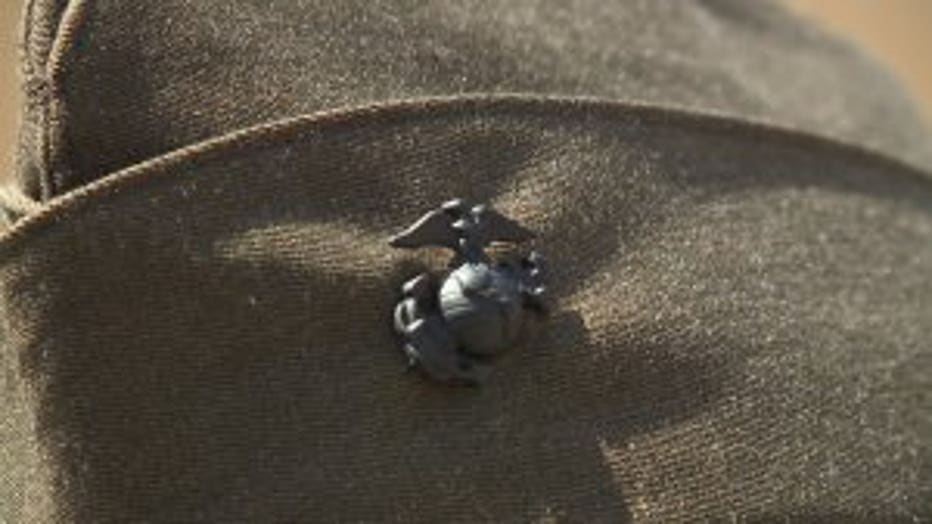 The young men marching across the graduation parade deck are not the same men who arrived at Marine Corps Recruit Depot-San Diego 13 weeks ago. They walk a little taller, their shoulders are a little broader. Above their brow, they proudly wear the Marine Corps "Eagle Globe and Anchor." It is an emblem only earned by those brave enough to volunteer for service and strong enough to complete recruit training. 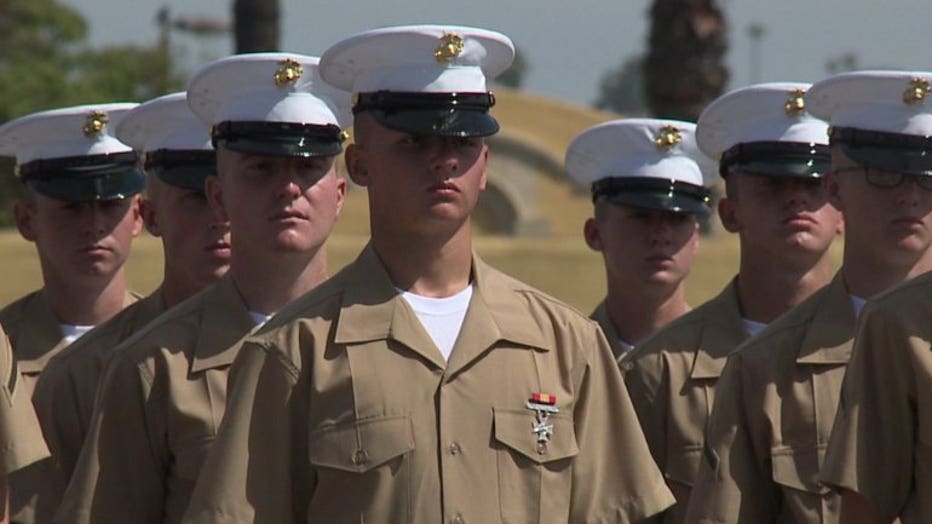 Marines like Private Logan Smith are trained to stand stoic -- even on graduation day. It is perfectly acceptable for Logan's dad to wear his heart on his sleeve. Todd Smith said his son left their Green Bay home a child. The Marine Corps molded Logan into a man. 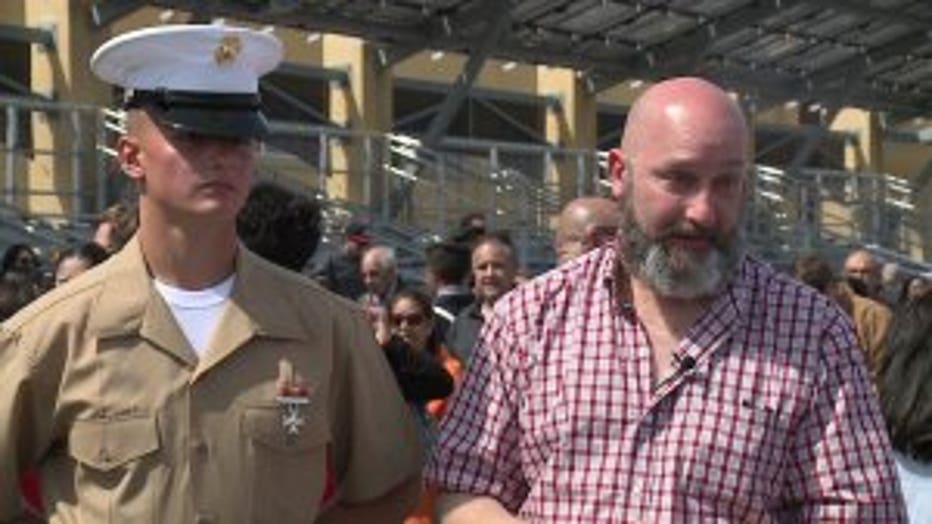 "He talked about the Marines. That was the branch of the service he wanted to be in, so he did it. I was a little scared," explained Smith.

Logan is the first Smith son to join the military; the first to leave home, the first to grow up. It all happened in what felt like, at least to his dad, the blink of an eye.

"He dropped 15 (pounds). He's thin. But he'll put it back on the week that he's home." said Smith through tears. 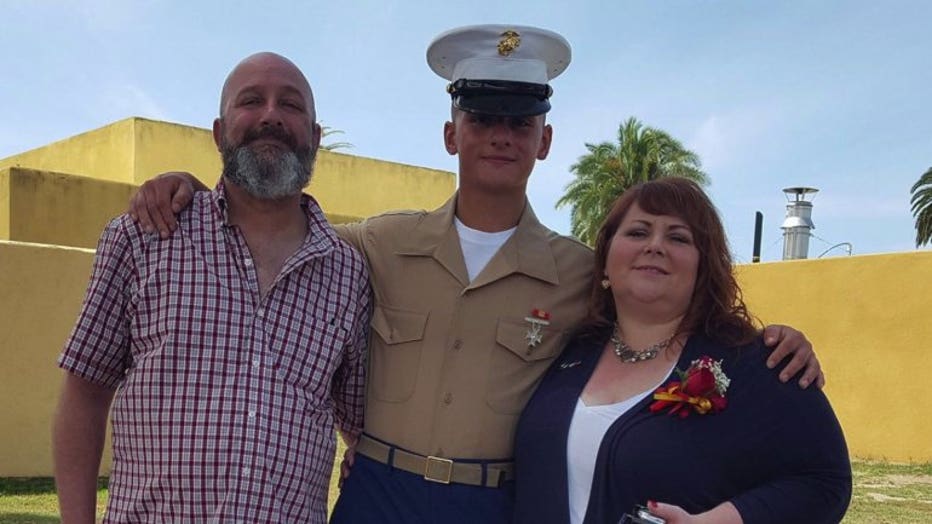 The baby of the family no longer. Logan will follow in the footsteps of the Marines who came before him, while blazing a new trail for the Smith family men. 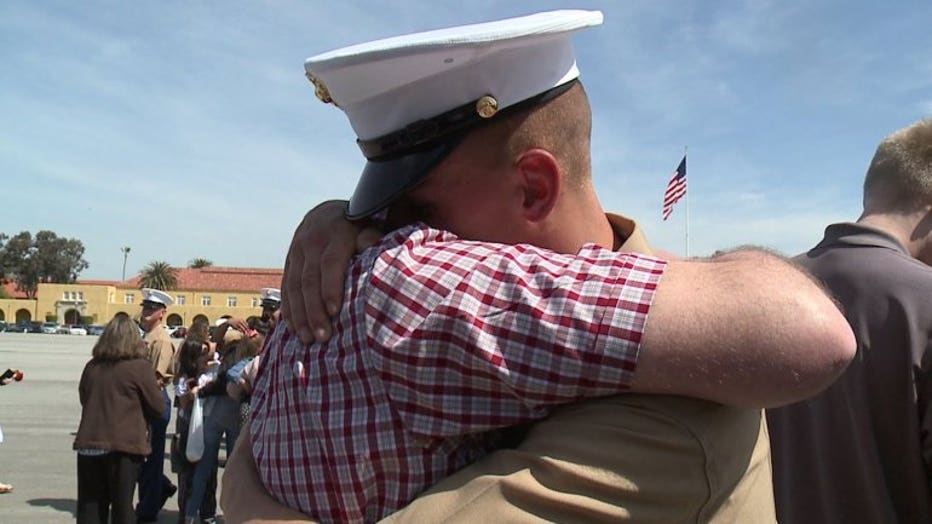 Logan is the first Smith son to serve his country, but not the last. His brother leaves for Army boot camp later this month.