HENDERSONVILLE, Tenn. — A 9-year-old boy in Tennessee became the third child in his family to catch a monster fish, reeling in an 80-pound sturgeon that outweighed him by far.

Coye Price was eager to catch something big after his 11-year-old sister Caitlin hooked a 40-pound striper and his 8-year-old sister Farrah reeled in a 58-pound blue catfish a while back, the Tennessee Wildlife and Resource Agency said Tuesday in a Facebook post.

“Coye had been saying, ‘Man, I don’t have nothing on these girls, I’ve got to catch a big fish,’” Coye’s father, Chris, told the Tennessean. “So not only did he catch a bigger fish than they had, but sturgeon are rare, which is the other cool part about it.” 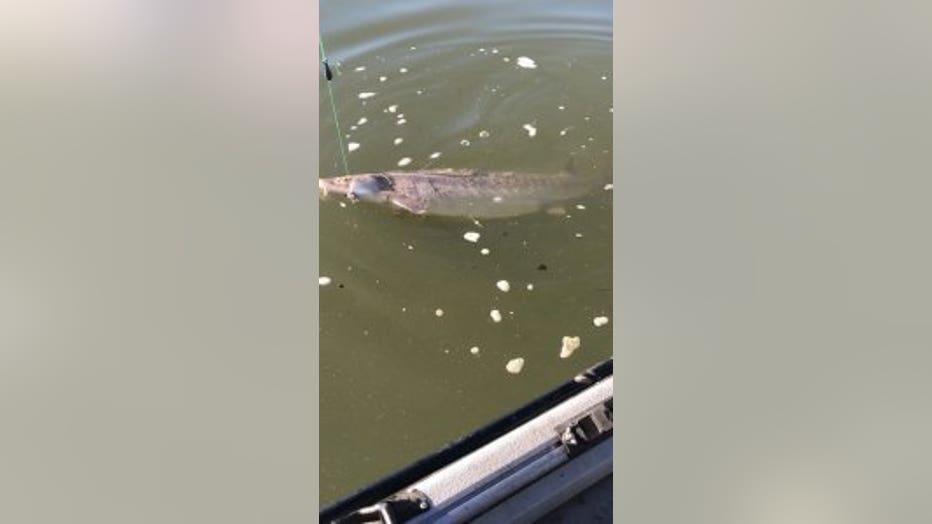 Coye, who weighs just 55-pounds, was targeting catfish in Old Hickory Lake before he hooked the sturgeon. It took him 15 minutes to get the fish in the boat, where they weighed it and took some pictures before returning it to the water, the Tennessean reported.

The endangered lake sturgeon are some of the largest and longest-living fish in Tennessee, the state’s wildlife agency said. There have been efforts to restore the species, which can grow up to eight feet and live up to 150 years, after their population declined due to reasons including overfishing and habitat loss.

The agency said more than 220,000 lake sturgeon have been stocked into the Cumberland River and portions of the Tennessee River since 2000.