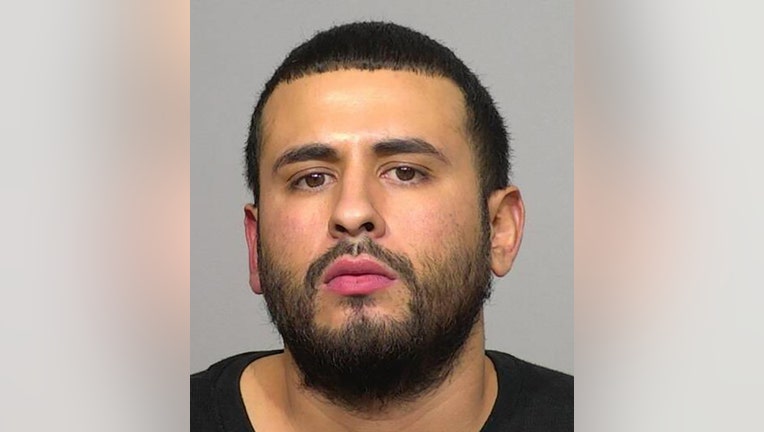 MILWAUKEE - Leonardo Munoz, 29, of Milwaukee has been charged in connection to a June 3 hit-and-run on the city's south side.

Police were called to a scene near 6th and Arthur where a pedestrian was hit. The victim was found in the street and taken to the hospital in critical condition, where he was treated for a brain bleed and spine fracture – among other organ bleeds and bone fractures.

A witness who called 911 told police that he heard the crash and saw that a minivan hit the victim, according to a criminal complaint. The witness said the driver got out and went to the victim, yelling in Spanish and for the victim to "wake up" and "move." The driver then got back in the minivan and drive away, the witness said.

Police reviewed surveillance from a nearby store, the complaint states, which showed the van hit the victim while in the crosswalk. The driver was also seen getting out and going to the victim before driving off.

The day after the crash, a woman walked into a police station and said she wanted to report that Munoz had stolen her minivan. She said she hid the keys because Munoz had been drinking and she did not want him to take the minivan. The complaint states she fell asleep and was awoken by Munoz who was yelling that he "hit someone with the car."

During that conversation, according to the complaint, Munoz told the woman that he checked the victim's pulse and "there was no pulse." At that time, the woman also found out where the minivan was left – near 17th and Grant, a little more than a mile from the hit-and-run scene.

Officers went to that location and found the minivan. The complaint states it was severely damaged and was missing an emblem, which had been found at the hit-and-run scene.

Munoz is charged with hit-and-run and operating a motor vehicle while revoked – causing great bodily harm. A warrant for his arrest was issued June 23.