“444 days in captivity:” Oak Creek man held hostage in Iran back in spotlight as Gov. Walker runs for president

"444 days in captivity:" Oak Creek man held hostage in Iran back in spotlight as Gov. Walker runs for president

OAK CREEK -- Kevin Hermening is a man Governor Scott Walker has spoken about in his bid for the presidency. Hermening is a former Iranian hostage -- captured in Iran more than three decades ago. Now, some say he's becoming the face of Walker's foreign policy. Hermening spoke with FOX6's Myra Sanchick -- taking part in his very first television interview.

On July 13th, at the Waukesha County Expo Center, Governor Scott Walker announced he is running for president. The announcement put the Wisconsin governor in the international spotlight -- and he began answering questions about foreign policy. 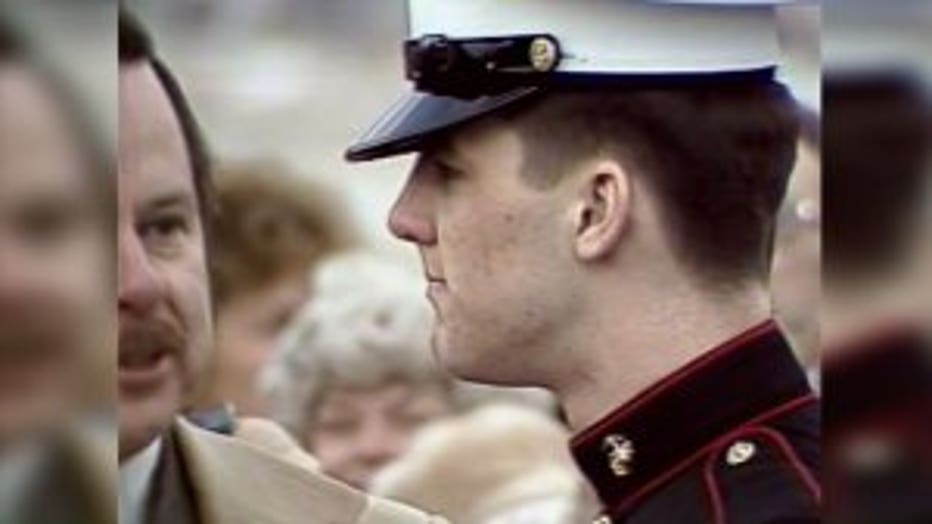 Hermening, an Oak Creek native, was one of 52 Americans (many of them Marines) held hostage in Iran from 1979 to 1981. A group of Iranian extremist students took over the United States Embassy in Tehran. For 444 days, Hermening and the others were held as hostages.

"During our 444 days in captivity, there were a lot of emotional ups and downs," Hermening said.

On January 20th, 1981, negotiations resulted in Hermening and the other 51 hostages being freed.

Hermening was welcomed home to Oak Creek as Ronald Reagan took his inaugural oath as president. 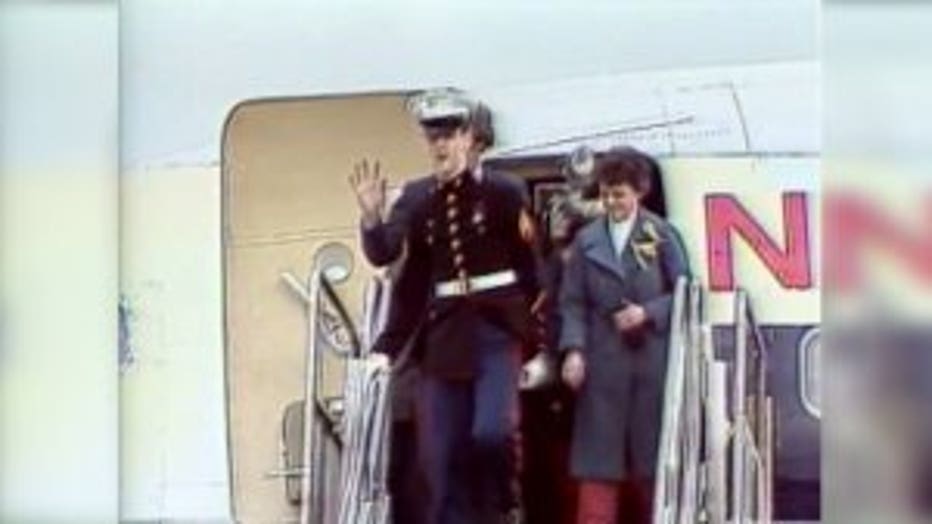 Now 56, and a financial planner in Wausau, Hermening is back in the news. He's often mentioned in Governor Walker's speeches as he campaigns for president.

"I've known the governor since 1990 actually when I was running for the state Legislature here in central Wisconsin. When he was a college Republican he and a bunch of his classmates came up and did campaigning," Hermening said.

Hermening lost his bid for state office, but some are now questioning Hermening's role in another race -- Walker's presidential campaign. Hermening takes a hard-line stance when it comes to Iran -- speaking out against the proposed Iran nuclear deal now on the table.

"I don't know how we can be considered -- how the Iranians can be considered an honest broker if, out of one side they're saying 'give us the money to be here' and their leaders are back in Tehran chanting 'death to America,'"

But Hermening insists he and Walker don't discuss Iran. In fact, Hermening says they rarely see each other.

On July 13th in Waukesha, Hermening says he was just a member of the public -- attending Walker's presidential announcement. When he got to the Waukesha County Expo Center, officials with Walker's campaign asked whether it would be okay if Walker introduced him. 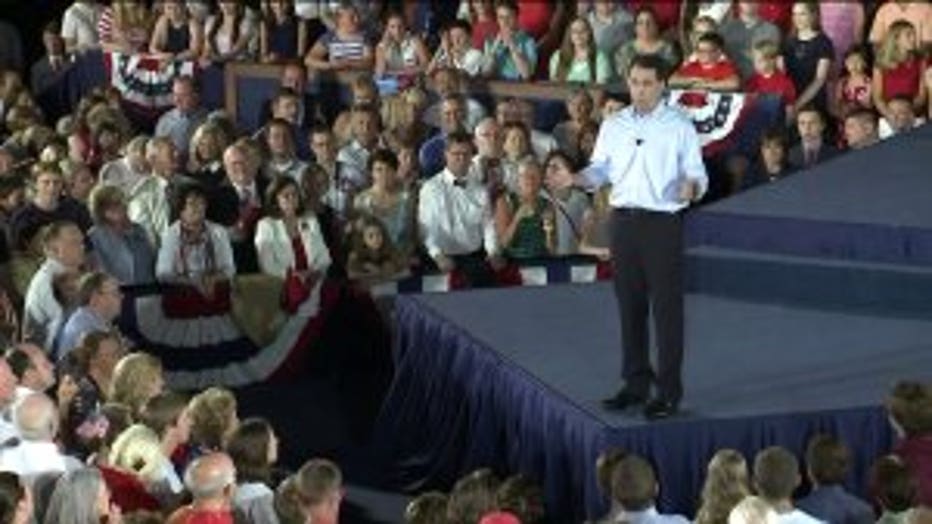 "I've never ever in my life had a conversation with the governor about Iran. The governor's heard me speak at political party meetings," Hermening said.

Recently, an article that Hermening wrote after 9/11 resurfaced, with the Council on American-Islamic Relations, a Muslim civil liberties group which some have called a terrorist organization, calling for Walker to cut ties with Hermening.

In his 2001 article, Hermening called for the deportation of Middle Easterners whose visas expired and for the government to use nuclear weapons if necessary to go after Osama bin Laden.

"It doesn't matter to me -- to think it would be appropriate to put the 2001 post-9/11 conversation in the context of the day,"

Today, Hermening says he believes the United States should help the Iranian people overthrow their oppressive government, but not with war.

If Walker is elected president, would Hermening have Walker's ear?

"I would say probably not," Hermening said. 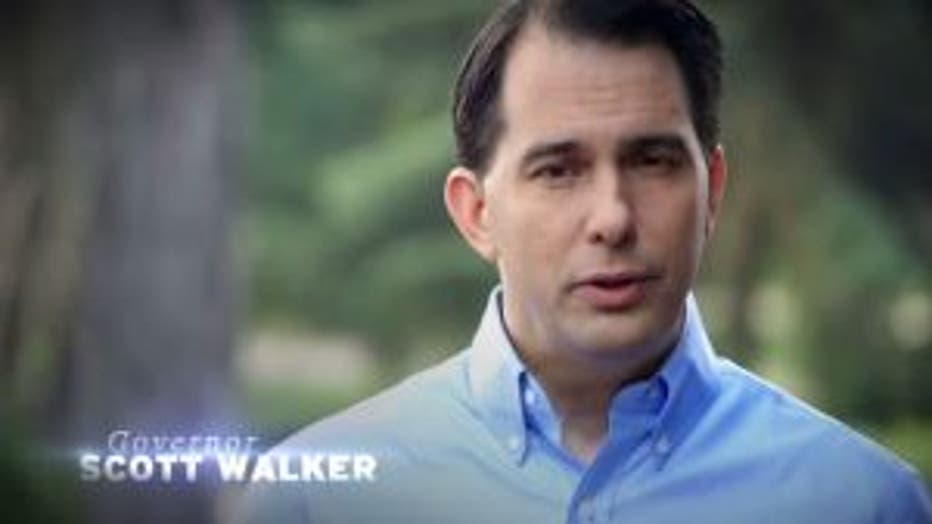 But many, including Governor Walker, can still read and listen to his thoughts.

"A lot of what I've been saying for 35 years, unless we get serious about this threat and support our allies and hold our allies accountable and get them on our side, we're never going to wipe this threat out," Hermening said.

It's unclear whether Hermening truly will be the face of Governor Walker's foreign policy in Iran. For now, he's a face Governor Walker keeps mentioning.

President Obama spoke out on Iran on Wednesday, August 5th. In a speech at American University, he said the choice on the Iran nuclear deal is between diplomacy and some form of war.

Governor Walker reacted, saying: "The truth is, the Obama-Clinton bad deal with Iran jeopardizes American safety and that of our allies, especially Israel. That`s why, as president, I would terminate this disastrous agreement on day one."