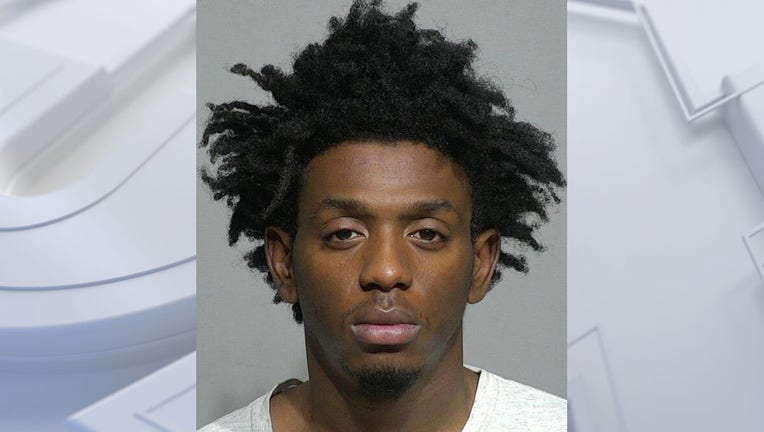 MILWAUKEE - Cedric Simpson, 19, has been charged in the fatal hit-and-run crash that left a 45-year-old woman dead near 27th and Atkinson on June 20.

Simpson has been charged with two counts, as follows:

According to a criminal complaint, police were called to the scene of a hit-and-run near 27th and Atkinson around 4 a.m. The victim, Kiana Chesser, was found deceased in the roadway. An autopsy showed Chesser died from multiple blunt force traumas stemming from being hit by a vehicle. Detectives on the scene noticed debris left from the vehicle, including a side mirror, side mirror glass, and a fog light grill.

An investigation and tips led the police to the area of 104th and Congress where Simpson was taken in to custody. At that residence, a black 2012 Audi Q4 sedan was parked in front. Officers observed that the vehicle had circular windshield damage, was missing the passenger side mirror and had damage to the front passenger side of the vehicle. The missing parts were consistent with those parts that were left at the crash scene. Additionally, clothing transfer was observed on the hood of the vehicle, as well as palm prints that appear to be pointing towards the windshield of the vehicle. The damage is consistent with this vehicle being the vehicle that struck and killed Chesser, the complaint read.

Simpson told police he had been in the area of his sister's house when he observed a "party or after set" going on at a nearby house. Simpson said that he and his brother drove over to check it out, but that when they got there, they heard gunshots. He said he was driving the 2012 black Audi and that he drove away at a high rate of speed northbound on 27th Street until he got to Atkinson.

Once at the intersection of 27th and Atkinson, he turned westbound on Atkinson when he observed two individuals in the roadway. He stated that one got out of the roadway, but that the second individual, later determined to be the victim, "jumped in the middle of the roadway." He said that he was attempting to avoid the victim, but was traveling at approximately 50 mph. He then stated that he hit the victim with the passenger side of his vehicle and that she flew up into the windshield of his vehicle, before rolling off the passenger side, the complaint read. He stated that he continued westbound, that he panicked, but that he didn’t know what to do. He said that he drove away from the scene to his mother’s house and spoke to his mom, who said he should turn himself in.

Simpson made his initial appearance in court Saturday, June 25.