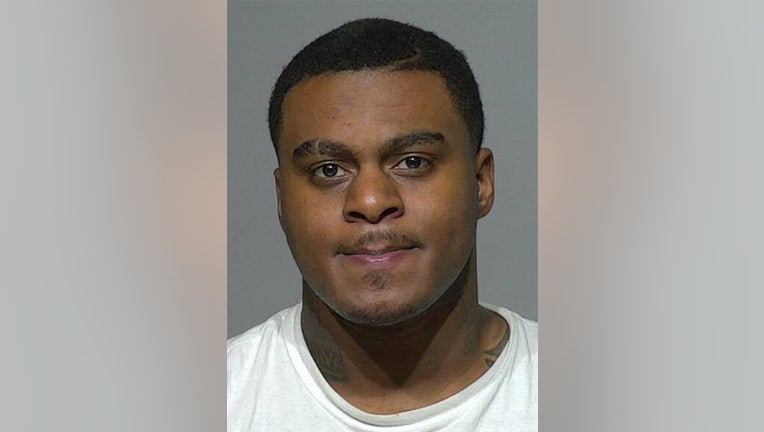 MILWAUKEE - Charges have been filed in connection with a 2018 shooting incident at a gas station at 27th and Lisbon. One man was wounded in that incident. Now, 24-year-old Deandre Brown of Milwaukee faces the following criminal counts:

According to the criminal complaint, Milwaukee police responded to the Walgreens at 27th and North on June 4, 2018. When officers arrived on the scene, they found a victim who had suffered two gunshot wounds. The victim told officers he had been shot at a gas station at 27th and Lisbon. He had been at that location with his girlfriend and their 3-year-old son. The victim told police that "he was walking back to his car from the gas station store when he heard multiple gunshots and realized he was hit," the complaint says. The victim told police he drove away from the scene, attempted to get to a hospital, but stopped at the Walgreens because he had a flat tire.

Authorities spoke with the victim's girlfriend who stated she was seated in the back of the victim's car. She indicated "a person in a blue vehicle began shooting in their direction," the complaint says. But the girlfriend did not see the shooter.

Investigators went to the gas station and located 14 spent .40 caliber casings and seven bullet fragments. They also collected surveillance video of the shooting. The complaint says it shows the victim "enter the gas station store, and then shows a man subsequently identified as Deandre Brown, enter the store through a different door." When Brown sees the victim, he "makes a hurried motion and goes back outside to retrieve a firearm from his blue sedan," the complaint says. The video then shows the defendant re-enter the store with his firearm. But by then, the victim had left the store and was walking towards his car. The complaint says "the defendant then runs back out the door towards his car, gets in, drives around to the other side of the gas station, and then fires multiple shots in the direction" of the victim.

Detectives in 2022 met with the victim's girlfriend and showed her a booking photo of Brown. She "stated that the defendant who she observed in the booking photo was the man who had shot" at her, the victim and their child in 2018.

Brown is expected to make his initial appearance in Milwaukee County court on Thursday morning, May 19.