BUTLER, Wis. - The Village of Butler Police Department is asking for help identifying and locating two suspects wanted for the theft from a Kwik Trip on Sept. 10 around 3:15 a.m.

The two are accused of stealing $142 worth of merchandise without paying.

According to a release, the suspects selected numerous grocery items inside the store including cases of Red Bull energy drink and cleaning supplies and proceeded to the counter. The on-duty cashier scanned all of the items and while doing so the suspects retrieved multiple Kwik Trip reusable bags and bagged their items. The female suspect can be seen exiting the store while the male waits for cigarettes, swipes a card on the machine, then exits the store without paying for the items after being advised that the transaction was incomplete. 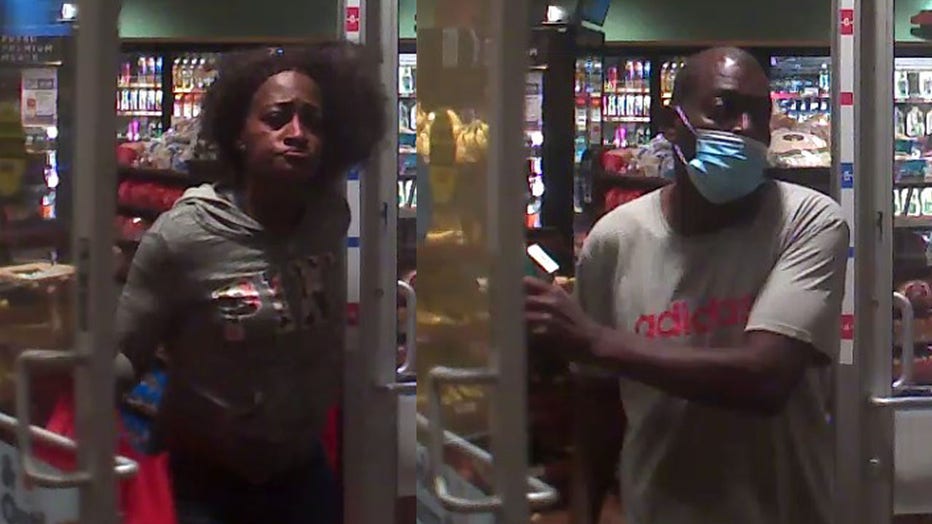 The suspects are a black male in his mid-40s wearing a gray Adidas t-shirt with camo shorts who is bald and was wearing a medical mask at the time. The second suspect is a black female wearing a gray sweatshirt and blue jeans with an afro-style haircut.

If any agency can identify the two pictured suspects please contact the Village of Butler Police Department.

Police are investigating a shooting that happened near 26th and National around 7:50 p.m. Wednesday, Sept. 15.