WAUKESHA -- A couple is accused of running a drug operation out of their Menomonee Falls apartment. Now, Austin Schroeder, 26, and Kaitlin Geiger, 21, face multiple criminal counts including the following:

According to the criminal complaint, Menomonee Falls police were provided information on Dec. 7, 2019 regarding an incident that happened on Nov. 26. The individual indicated he set up a drug deal with Geiger and Schroeder. Officers made contact with Geiger and Schroeder, who would not let them into the apartment. The complaint says the officer "indicated he distinctly smelled fresh marijuana coming from within the apartment." The individual that reached out to police says "he knew that Schroeder had a safe in the apartment with drugs and money in it. The original meeting was to take place so Geiger could buy heroin." 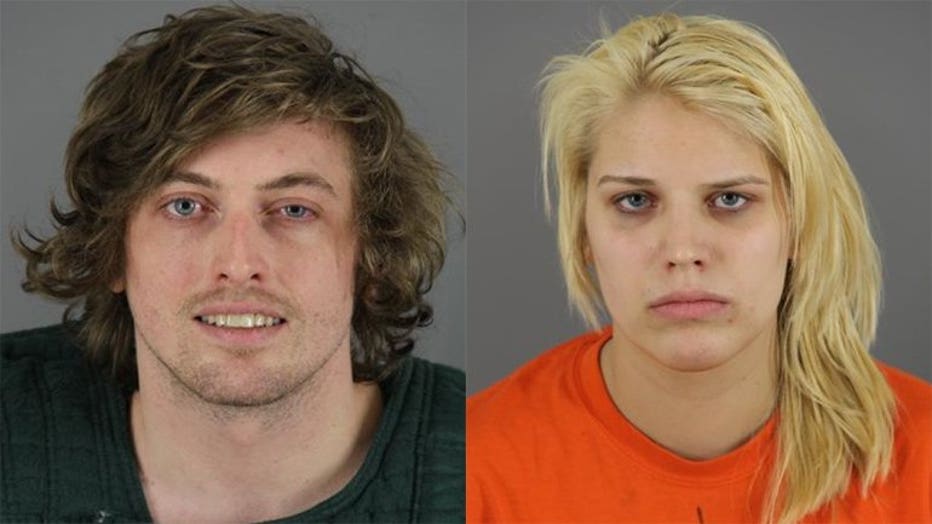 On Jan. 10, the complaint says "the Waukesha County Metropolitan Drug Enforcement group executed a search warrant at Schroeder and Geiger's residence." During the search,  officials "located glass pipes, a grinder and dried poppy pods, as well as four broken tablets that did subsequently test positive for the presence of MDMA."  There were also three safes in Schroeder's room. In one safe the complaint says "there were multiple unknown vegetable-like materials and an unknown powder." In a second safe, investigators "located a large amount of precious metals, specifically gold and platinum."

When law enforcement questioned Geiger, she indicated she had been in a relationship with Schroeder for the past three-and-a-half years. Geiger told authorities "Schroeder creates drugs with chemicals using pot on a stove. She stated she is not allowed to go into Schroeder's room and she knows that there are multiple safes in the room and she believes there is weed in the safes. When asked about the large amount of gold that was found in Schroeder's possession, Geiger indicated that he had gone to Germany in 2017 and he came back with the gold."

Police questioned Schroeder about the unknown powder and vegetable-like material in the apartment -- and he "indicated that it was all legally owned and he mixed these substances for a variety of reasons. He indicated that his mother passed away in November 2019 and she was cremated. Schroeder indicates he took some of her ashes and mixed them with a variety of substances, some of which he ultimately ingested." Schroeder also "claimed that the marijuana-like vegetable material which tested positive for (THC) had been legally purchased and he said it was CBD flower which he obtained from a store in Menomonee Falls." Schroeder also indicated he had traveled to Illinois and Michigan to buy "THC infused gummies from a dispensary in Illinois and had recently purchased marijuana from a dispensary in Michigan."

Schroeder and Geiger both made their initial appearances in Waukesha County court on Tuesday, Jan. 14. Both are due back in court on Jan. 28.