MILWAUKEE COUNTY -- 19-year-old Jerome Newell, accused in two separate stabbing incidents that occurred during armed robberies that involved female victims who had been riding Milwaukee County Transit buses with him has reached a plea deal in the case against him.

Three other charges were dismissed. 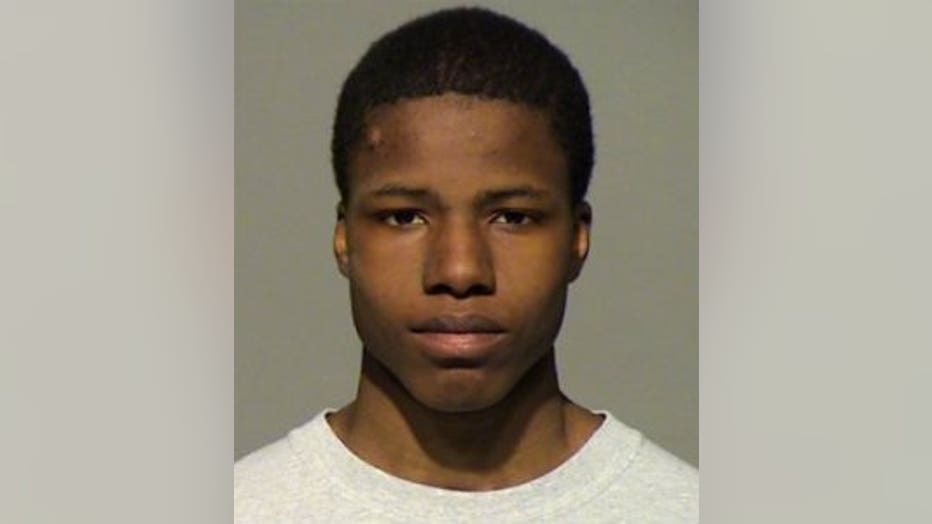 Newell will be sentenced on December 19th.

Newell was charged in connection with incidents that occurred on April 20th and April 21st.

Police were called out to the 3400 block of W. Silver Spring Drive on April 20th around 9:30 p.m. There, they spoke with a woman who reported she was robbed by a man armed with a "sharp object." The man took her iPhone 6 Plus without her permission. The woman sustained several lacerations to her torso during the course of the robbery. She was taken to the hospital for treatment.

Officers learned a surveillance camera at a nearby foot mart captured the incident.

The female victim's phone was recovered in the area with help from the "Find My iPhone" app, and it was processed for fingerprints.

Officers saturated the area -- looking for the suspect responsible for this incident.

Police were able to get a statement from the victim, who reported she left around 8:00 p.m. to visit a friend -- boarding the #19 MCTS bus at W. Clarke Street and N. MLK Drive. The victim reported Newell came onto the bus after she did -- sitting in the seat across from her. When she got off the bus, the victim told police Newell also exited. The victim crossed the street to catch the #63 bus to head westbound on W. Silver Spring Drive, and she says Newell followed. The victim said she felt Newell was being suspicious. Eventually, the victim says her younger brother called and she talked with him for a few minutes. That's when she says Newell approached her suddenly, demanding her phone while holding a "shiny, sharp object."

The victim told police Newell "charged at her" at least five times -- pushing her and punching her. She dropped her phone, and Newell picked  it up. The victim said she tried to fight back -- punching Newell in the face before she was knocked to the ground. Eventually, Newell took off with her phone. The victim walked to a nearby store and borrowed a cell phone to call police.

Wilfredo Perez was working in the nearby corner store when it happened.

"Next thing you know, this guy is trying to pull this girl out. We didn't know what was going on," Perez said.

Perez was there when the woman came in asking to use the phone.

"She says she felt like a small pinch but she thought she banged herself on the door, because she wouldn't let the phone go," Perez said.

A detective investigating this case was notified that a similar incident occurred on a bus Tuesday morning, and the detective was able to view video from that incident. It showed the same suspect wearing the same jacket attacking a young woman on the bus before fleeing the bus.

Police spoke with the 14-year-old victim at Children's Hospital. The victim told police she walked from her house to the intersection of N. 27th and W. Burleigh, where she caught the bus for school -- boarding the bus just before 8:00 a.m.

The girl reported she was sitting near a man wearing a gray hooded sweatshirt.

She said the bus ride was uneventful until the man sitting near her wanted to exit the bus. She got up to allow him to exit, and shortly thereafter, she told police the man tried to snag her cell phone from her hand. She refused to let the phone go, and they struggled over it. The victim reported the man punched her in the chest and they struggled more until another man tried to stop the struggle.

The victim and suspect fell into the bus seat, and the victim told police she thought she was being punched in the back, but she later realized she had been stabbed. The girl told police she saw a knife with a black handle and a three-inch blade.

The girl told police when she realized she had been stabbed, she got away from the suspect and attempted to report it to the bus driver, but Newell ran up and snatched her phone before fleeing the bus.

The girl suffered two stab wounds to her back which required stitches, and an avulsion injury to her right index finger.

Police say in this armed robbery and stabbing, a Good Samaritan chased Newell, retrieving the girl's phone and returning it to her.

Police recovered a notebook in the area and lifted five fingerprints from it. One was identified as Newell's fingerprint.

Both of the victims were able to positively identify Newell as the person who stabbed them and robbed them of their cell phones when they took part in a photo line-up with MPD.