MILWAUKEE -- A 19-year-old Milwaukee man is facing criminal charges -- accused of fleeing the scene of a crash involving a stolen vehicle. The stolen vehicle, a Kia Soul, was taken in a carjacking by the suspects accused in the fatal shooting of 64-year-old Greg "Ziggy" Zyszkiewicz on March 22nd. 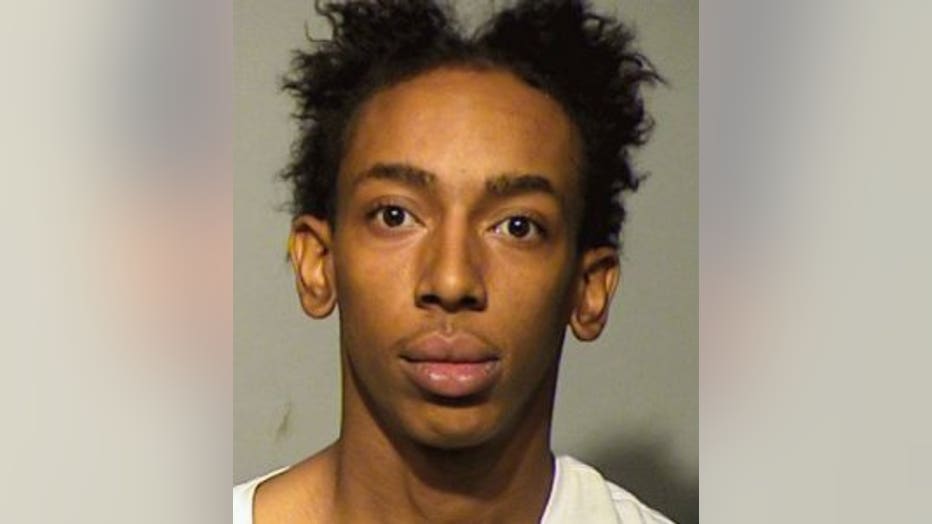 Zyszkiewicz, a beloved City of Milwaukee housing inspector, was shot and killed during an alleged carjacking near 23rd and Cherry around 2:00 p.m. on March 22nd.

According to the criminal complaint, Sandridge was a passenger in the stolen Kia on March 22nd -- the day Greg Zyszkiewicz was killed.

The complaint indicates police attempted to stop the Kia, which had been taken earlier in the day during a carjacking, at 17th Street and Capitol Drive following the attempted carjacking and homicide of Zyszkiewicz. After an extended police chase, the vehicle spun out and came to a stop near 18th and Nash Street.

Michael Sandridge, a passenger in that vehicle, fled from the scene on foot, prosecutors say. He was found a short distance from the vehicle and taken into custody.

During an interview with detectives, Sandridge initially denied being in the Kia Soul -- telling detectives he was just walking in the area from his girlfriend's house. Prosecutors say he said neither his fingerprints nor DNA would be in the car.  However, he later changed his story when he was confronted with the fact that his fingerprints were recovered from the passenger side of the vehicle. Prosecutors say he admitted that "he had lied," and said he had been in the vehicle -- riding around.

The complaint indicates the driver of the vehicle, identified as Eric Smiley, saw the police and fled. He said the car spun out on 24th and Concordia, where he got out and walked as if he wasn’t in the car.

According to the criminal complaint, Sandridge denied knowing anything about the attempted carjacking or shooting incident involving Zyszkiewicz.

Sandridge made his initial appearance in court in this case on April 6th. He has pleaded not gilty. A pre-trial conference was set for April 14th, and a $1,000 signature bond was set.

According to a criminal complaint, "the three began a crime spree (on March 22nd) in a Toyota that had been stolen several weeks earlier. They drove that Toyota to a gas station to rob a person and obtain a second car, a Kia. From there they continued and tried to get a third car, a Mustang, but that incident ended with a homicide and the Mustang was not taken.

Around 6:00 p.m., police identified the stolen Kia in this case being driven near 25th and Chambers in Milwaukee. The complaint says "officers activated their squad's lights and siren to stop the Kia. The Kia disregarding these signals, sped up, ran several stop signs, and went the wrong way on a one-way street." Moments later, other officers spotted the Kia near 20th and Finn Streets. Again, the complaint indicates the Kia "accelerated away from them and ran several stop signs, gaining distance on the squad. The Kia stopped near 18th and Nash Streets, and the occupants fled on foot." Smiley, Shaw and Sandridge were all taken into custody a short time later. An officer identified Smiley as the person driving the Kia.