MEQUON -- Pranay Varada was stung by last year's National Geographic Bee, when he flubbed the official language of Sierra Leone — it's English; he answered French — and finished in sixth place. Determined to avoid another setback in his final year of eligibility, he started studying for this year's bee that same day.

He spent a year forgoing school field trips and birthday parties to pore over spreadsheets he created with dossiers on every country in the world. That hard work paid off Wednesday as Pranay finished off the bee the way he'd envisioned: standing on stage with a medal around his neck, accepting congratulations and prizes including a $50,000 scholarship.

"It was extreme disappointment, to get all the way up here and not win," said Pranay, a 14-year-old eighth-grader with a wispy black mustache. "I was researching and trying to find ways to not make the same mistakes twice." 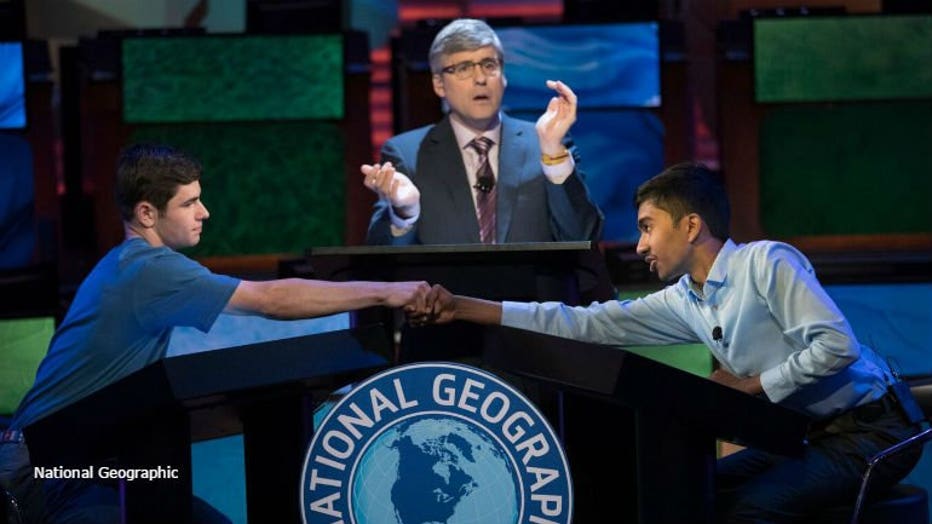 Pranay, who lives in Irving, Texas, survived a tense duel with another top-10 finisher from last year, 14-year-old Thomas Wright of Mequon, Wisconsin.

Pranay had the best score through most of the two-hour competition, but Thomas pulled even when he gave a more thorough answer to an essay-type question about a country that would be well-suited for resettling residents of the Maldives displaced by rising sea levels.

During the championship rounds, both boys got all five questions correct, but only after Pranay successfully challenged an answer that was initially deemed wrong. The question was about a mountain range between northern Vietnam and Laos; Pranav identified it as the Annamite Range and not the Annam Mountains. 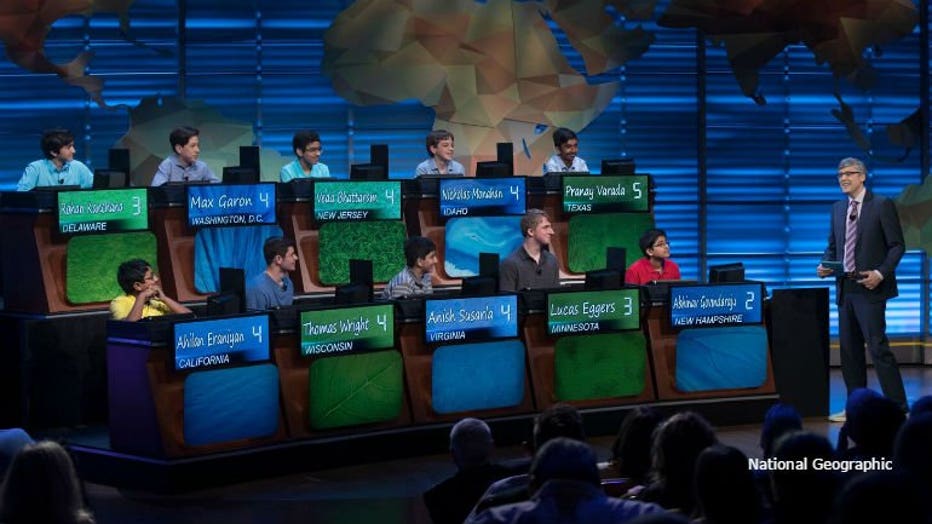 "I was absolutely sure I could win that challenge," he said.

The bee moved into sudden death and Pranay won on the first tiebreaker question, correctly identifying the Kunlun Mountains as the 1,200-mile range that separates the Taklimakan Desert from the Tibetan Plateau.

Pranay showed an interest in geography starting at age three, when his mother, Vasuki Kodaganti, started teaching him world capitals and giving him puzzles of maps. When he was four, his parents gave him an atlas that he would pore over every day. His mother said she didn't know about the National Geographic Bee back then, and didn't realize it would become an obsession. 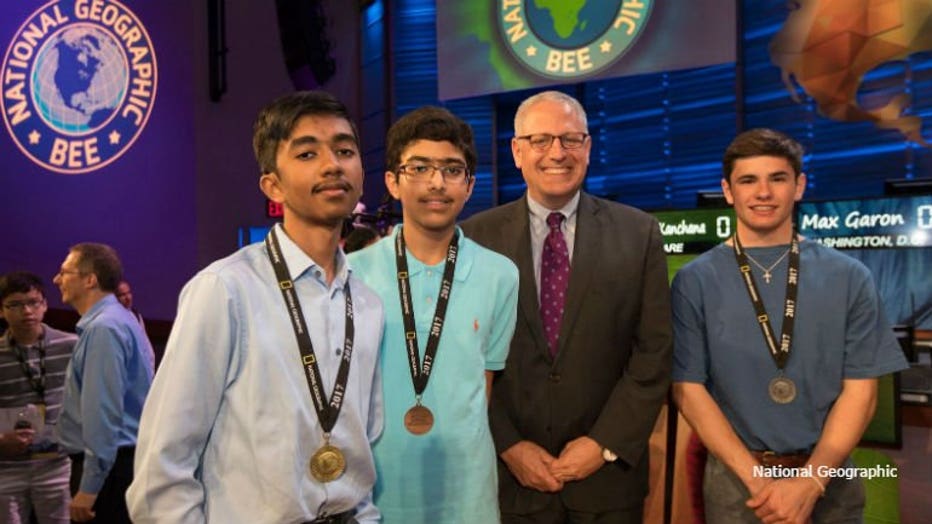 "I feel guilty," said Kodaganti, who was in tears after her son's victory. "I was enjoying being a mother. He was my first born."

Pranay's parents, who immigrated to the United States from India in the late 1990s, said they were mostly hands-off about preparing him for the bee, although his mother quizzed him with questions from his spreadsheets.

"There's no way you can push a kid to learn geography," said his father, Praveen Rao. "He's very methodical and planned everything out."

Rao said his son, who attends Dewitt Perry Middle School in Carrollton, Texas, has been more interested in playing piano and cello and composing music than "participating in every geography bee or every spelling bee," but he budgets his time well.

"It's no hanging out with friends or goofing off on weekends," Rao said. "It's a sacrifice. To win at nationals, you have to sacrifice something. You can't have distractions."

In addition to the scholarship, Pranay gets a trip with his family to the Galapagos Islands and a lifetime membership in the National Geographic Society. Thomas gets a $25,000 scholarship as runner-up. Veda Bhattaram of Montville, New Jersey, finished third and gets $10,000.

The host for the second straight year was "CBS Sunday Morning" correspondent and humorist Mo Rocca, who did his best to keep the contestants loose as they stood awkwardly on stage during breaks in the action. At one point he quizzed the kids about corn production in their home states.

"Do you have a lot of corn in Wisconsin?" Rocca asked.