MILWAUKEE COUNTY -- New charges have been filed against 49-year-old Bradford Harrington -- a man who was already facing a number of charges, accused of contacting prostitutes in jail, putting money in a jail account for at least one of them, and getting women high on drugs, having sex with them and recording it. There are 10 victims making accusations against him.

The new charges filed against Harrington on March 18th are as follows:

There are now a total of three open criminal cases against Harrington. 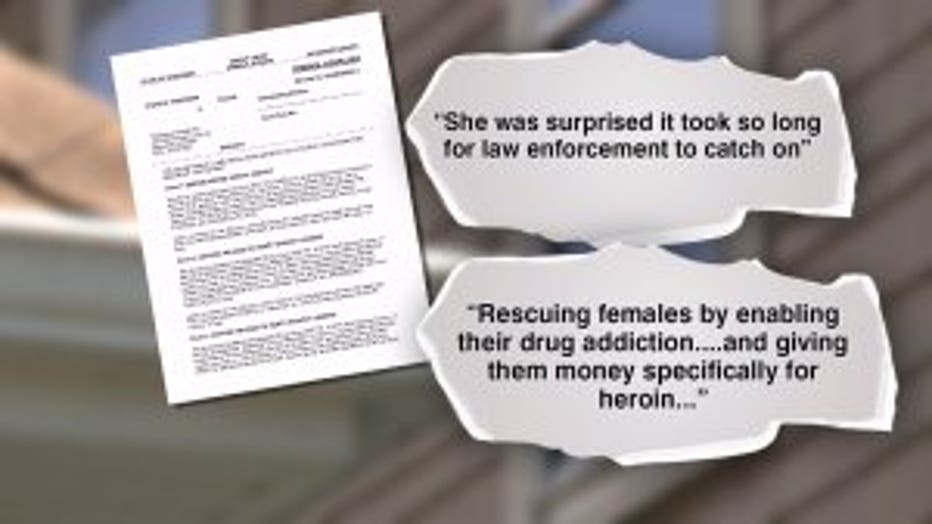 The most recent alleged victim who has come forward told police "she was surprised it took so long for law enforcement to catch on," and that Harrington believes he is "rescuing females by enabling their drug addiction and giving them money specifically for heroin."

In January, Harrington was charged with three counts of second degree sexual assault of an intoxicated victim, and one count of capturing an image of nudity -- accused of putting money in an inmate's jail account, scouting for women with prostitution charges, taking at least one for a heroin fix and having sex with her and recording it.

A warrant for Harrington's arrest was issued on March 15th, and a source told FOX6 News Harrington was arrested that afternoon.

Harrington has preliminary hearings scheduled in the cases filed in March coming up on March 25th.

As for the January case, he'll be in court on April 7th for a status conference.