MILWAUKEE -- Candidates for Milwaukee County executive took part in a debate Tuesday night, Jan. 21, including one of the two candidates, kicked off the ballot Tuesday by the Wisconsin Elections Commission. The first question of the night addressed the elephant in the room.

It was the first topic brought up by the Wisconsin Policy Forum, which held the debate at the Wisconsin Club. That and other questions were asked of three of the four candidates on the ballot, along with Jim Sullivan, who was kicked off hours earlier.

"We do want to address the issue of the ruling today by the state election commission," said Rob Henken, Wisconsin Policy Forum president. 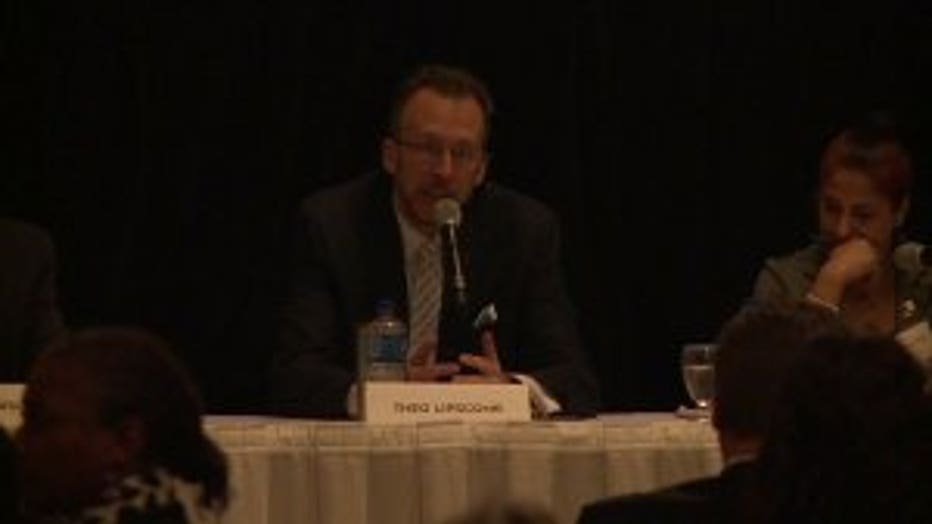 The Wisconsin Elections Commission ruled Tuesday Kennedy and Sullivan do not have enough valid signatures -- after their nomination papers were challenged by fellow candidate and Milwaukee County Board Chairman Theo Lipscomb.

"The onus is on the candidate to make sure that you have a properly circulated form and that your nomination is complete," said Lipscomb.

Both Kennedy and Sullivan turned in more than the required 2,000 signatures to appear on the ballot, but according to the Wisconsin Elections Commission, hundreds of those signatures are invalid. 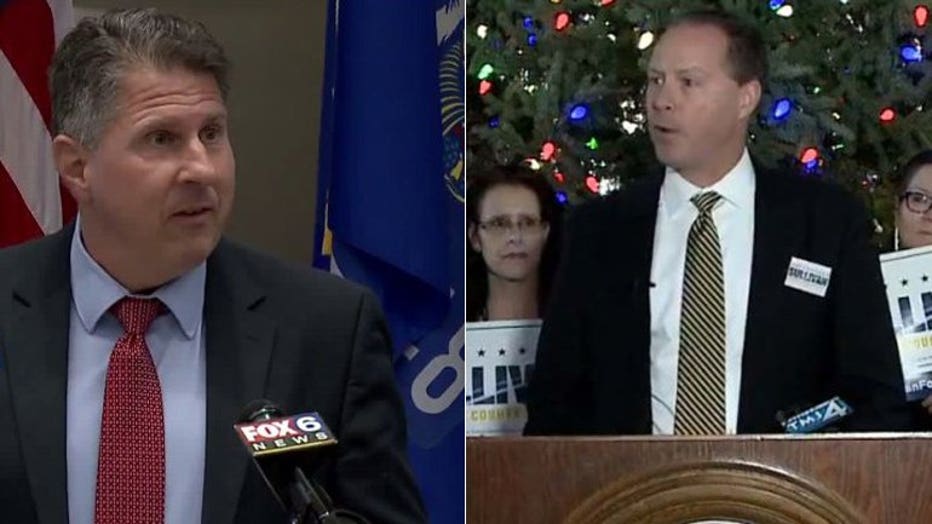 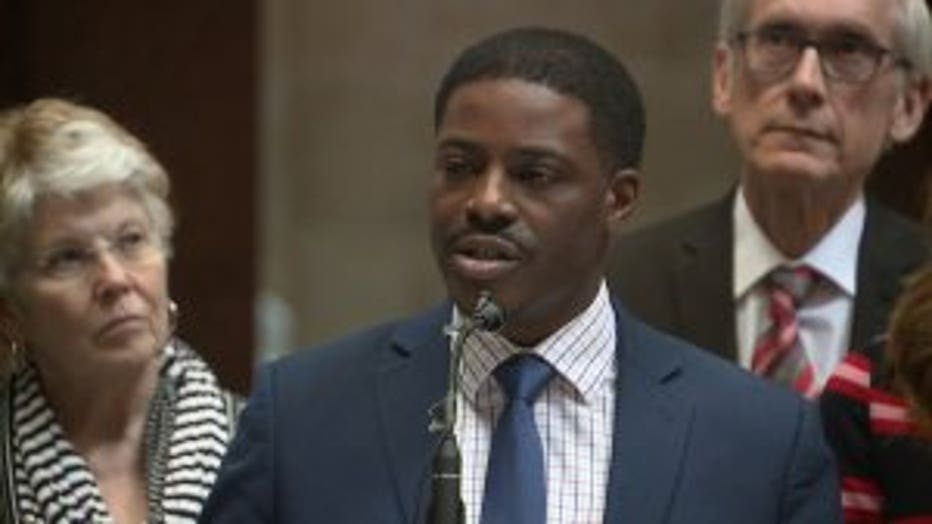 Sullivan, Kennedy, as well as fellow candidate, Wisconsin Rep. David Crowley, D-Milwaukee, all hired a contractor to collect their signatures -- which is common among campaigns, but those contractors hired the same people to gather signatures. Instead of asking people to support one candidate, three circulators asked hundreds of people to sign the nomination papers for all three candidates -- which is against state law.

Without those signatures, neither Sullivan nor Kennedy meet the ballot minimum.

According to court documents, Sullivan and Kennedy both told investigators the companies they hired assured them they would not work for any other candidate. 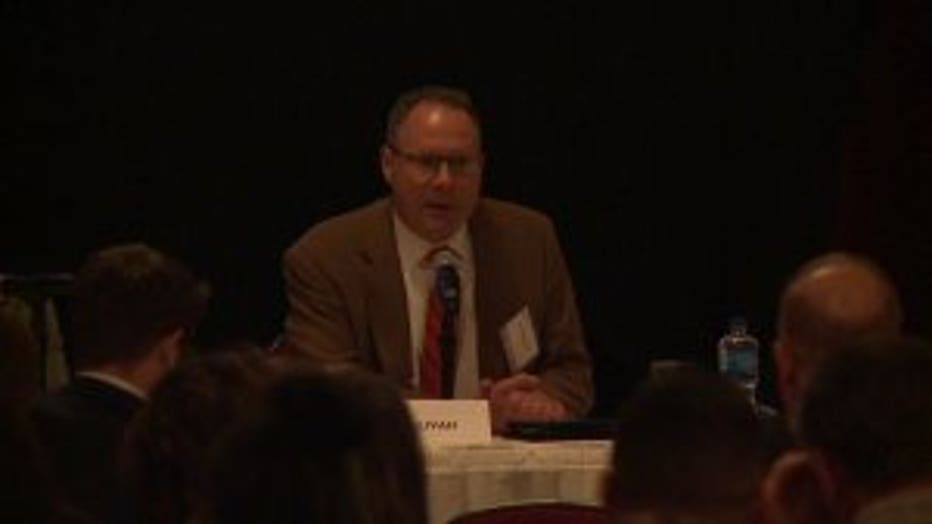 Sullivan is appealing. Kennedy has not said what he will do next.

Kennedy and Sullivan were still invited to take part in Tuesday's debate -- with the Wisconsin Policy Forum erring on the side of caution, should the ruling be overturned. Kennedy, though, was a no-show for the debate. Sullivan was not.

"I'm appealing this because I respect the process and I'm going to fight as much as the process allows so that their voices can be heard," said Sullivan.

After that, the debate moved on among three of the other four candidates on the ballot, Wisconsin Senator Chris Larson (D-Milwaukee), and consultant Purnima Nath. Crowley was unable to attend. 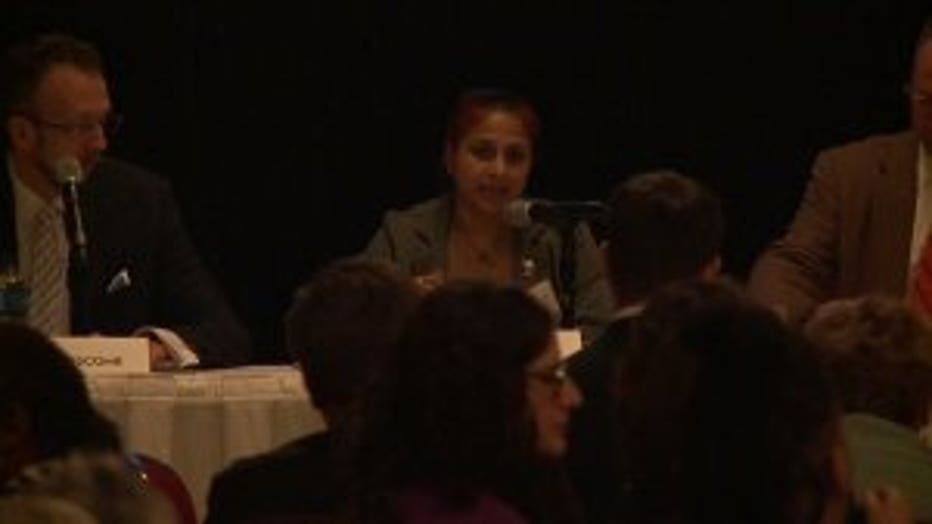 All voiced concerns that the county must work to get a larger share of revenue back from the state -- pushing the Fair Deal legislation to better relationships.

"They don't see the funding that they give us, that it's actually going to the right direction, or right resources, to me, I think it's a trust issue," said Nath.

"I think that I've got a track record of bi-partisan success, both as a legislator and as a department head, over the last eight years, to get that done," said Sullivan. 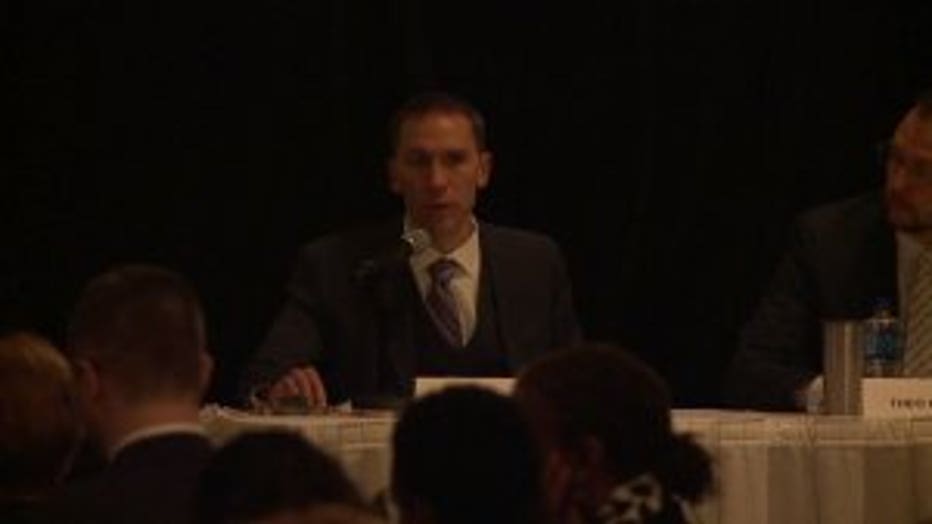 "What can we do, moving forward?" said Larson. "Get revenue flexibility for the entire state. There's 112 bills that passed over the last eight years that have restricted local control."

"The need for the Fair Deal is clear," said Lipscomb. "That was where the (county executive) and I were able to find common ground -- the idea that we needed a solution, at scale."

The Milwaukee County Election Commission planned to meet Wednesday morning to re-draw the names of the remaining county executive candidates to determine the name placement order for the spring primary ballot.