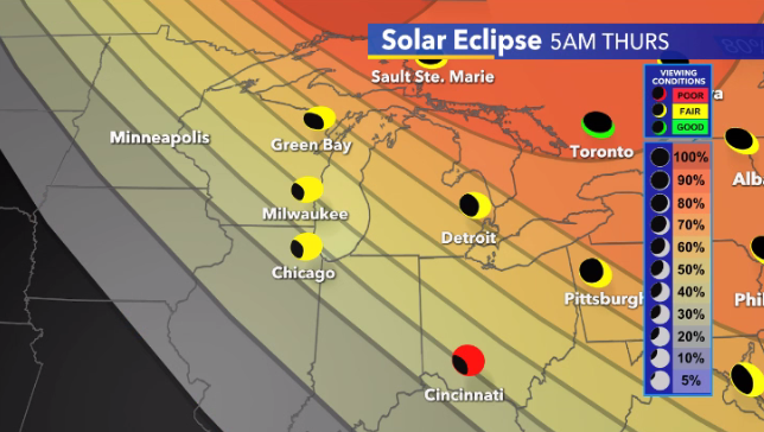 MILWAUKEE - A "ring of fire" solar eclipse will occur early Thursday morning, and will be visible over parts of North America.

In southeastern Wisconsin, we will be able to view the spectacle briefly after sunrise, as a partial solar eclipse. Approximately 30% of the sun will be blocked by the moon during the height of the event in our area. 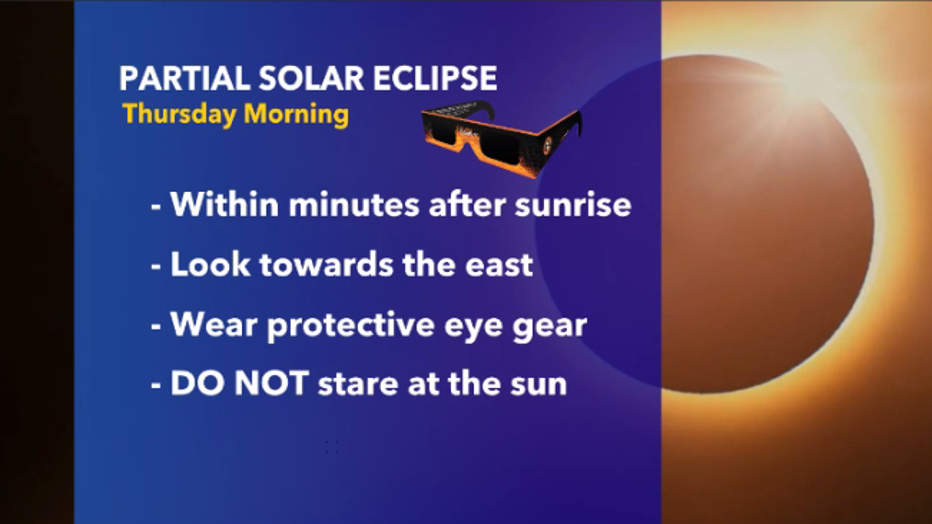 To witness the eclipse, you must have protective eye gear such as eclipse glasses, a welding helmet, or a pinhole projector. Look toward the east-northeast around sunrise, and get an unobstructed view of the eastern horizon.

Obviously, weather will play a factor Thursday morning. Some locations lakeside could be contending with fog in the morning. Otherwise, there is a good chance of seeing the partial eclipse for most of the area.

Mostly clear and muggy tonight. Patchy fog developing. Temperatures falling into the 60s. Partly sunny on Thursday with highs in the upper 80s inland, near 80 along the lake.