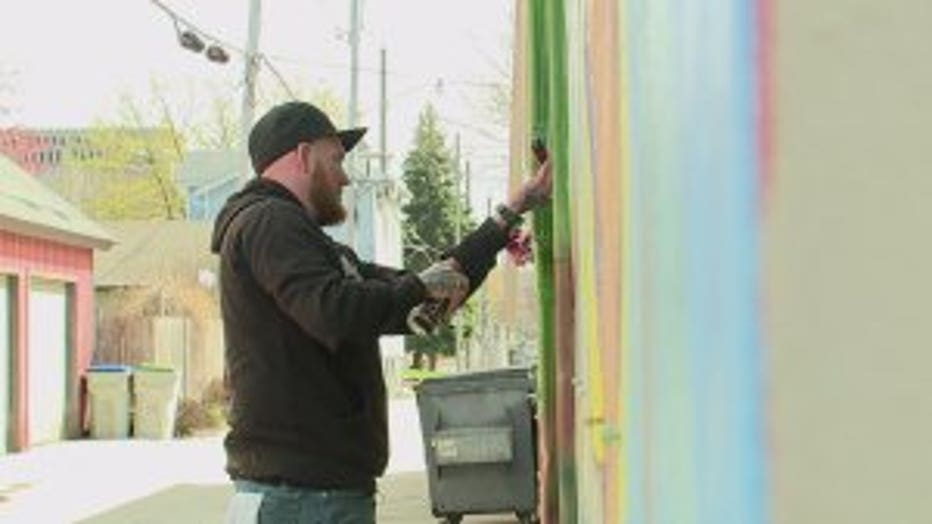 MILWAUKEE -- When a Milwaukee native painted the Brewers Christian Yelich on the side of a building in Walker's Point last fall, Shawn DeKay, knew it was missing something. With the Bucks in the playoffs, DeKay knew it was time to add another Milwaukee legend alongside Yelich.

"I can paint something I might like," said DeKay. "But I want to make sure the whole community is on board."

Alongside Yelich, a Milwaukee Brewers slugger and NL MVP, is an unfinished NBA MVP hopeful and Bucks All-Star Giannis Antetokounmpo.

DeKay, who owns "Dream Lab" in Walker's Point, is now turning to the community to get his dream project finished. 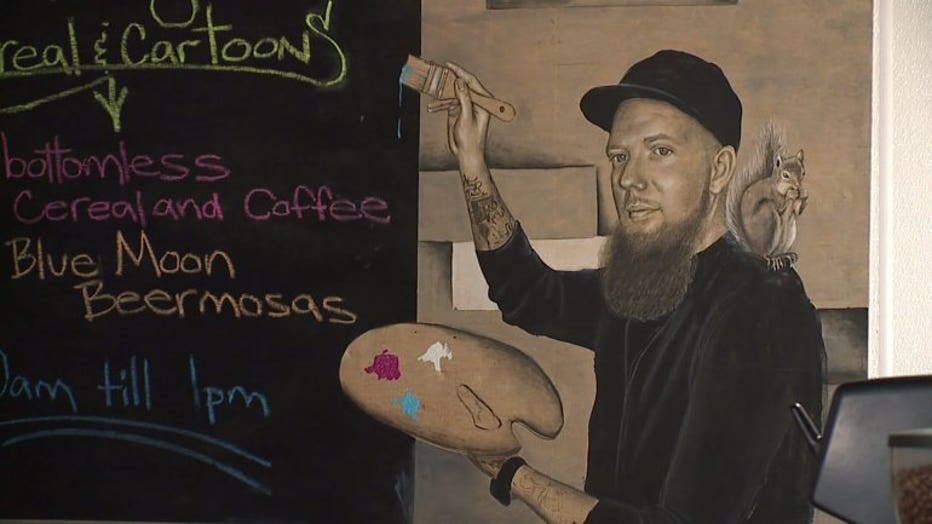 "I love the whole idea that they're our MVPs. When I painted Yelich, I painted that before he was an MVP. Now I'm painting this before (Giannis) is an MVP," said DeKay. 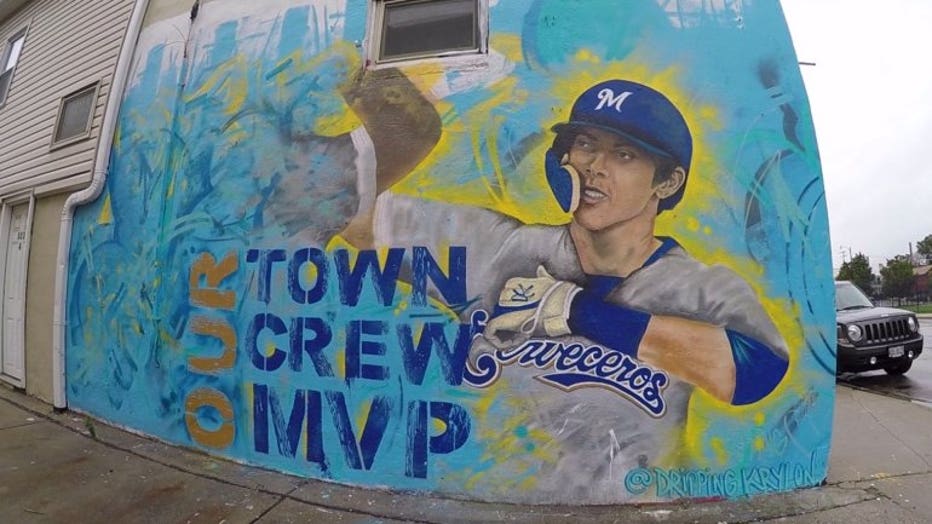 As of Wednesday, DeKay has put nearly eight hours into the new addition. 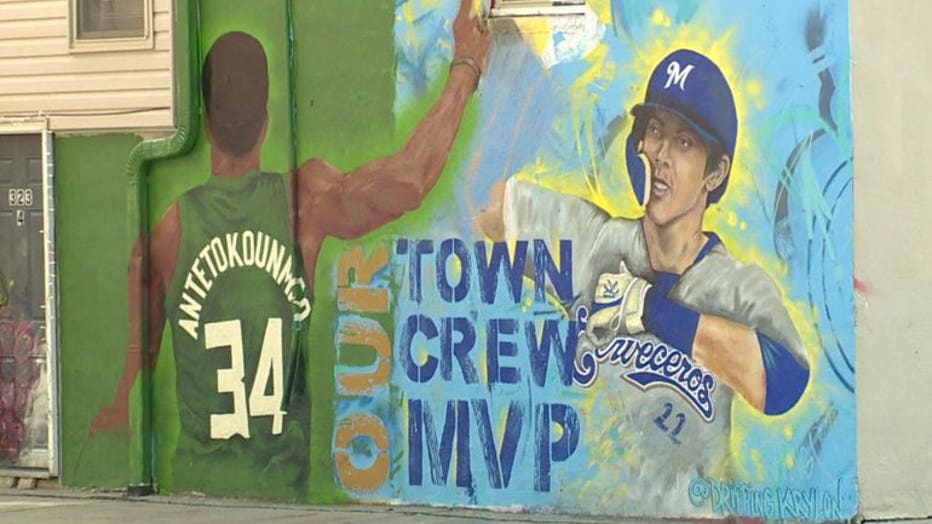 "It's something that everyone can drive past, walk past and feel connected to it at this moment in time. I think a good community art peace should be able to connect to people within the community," said DeKay. 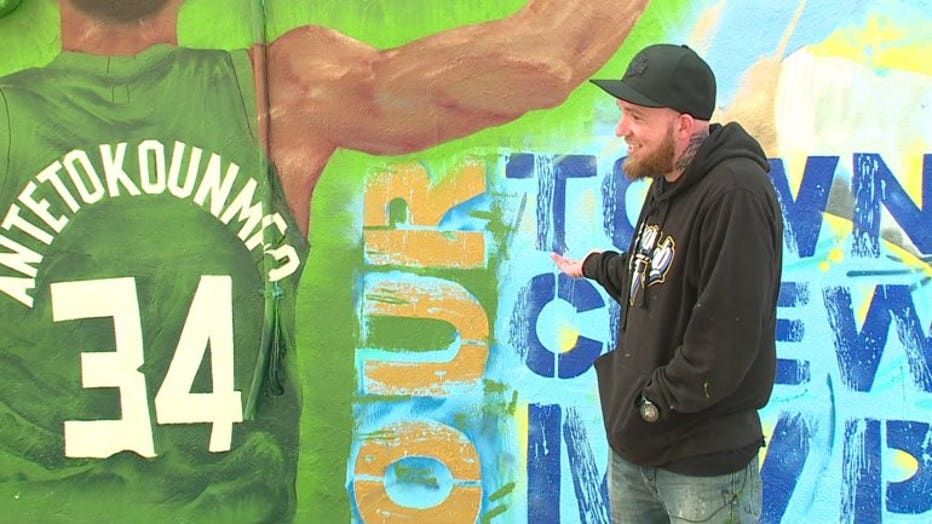 DeKay said a mural with both men isn't just about their excellence in the game, but about what they've done for the community. For Giannis, he said, it's more than the excitement surrounding the playoffs.

"It's easy to be a fan of his, just because it's exciting to watch him play, but when you see how he treats people and the community, his family," he said. "I feel, really, honestly cares about Milwaukee, that puts it over the top for me."

Along with the mural comes the expense from supplies and the time away from the shop. 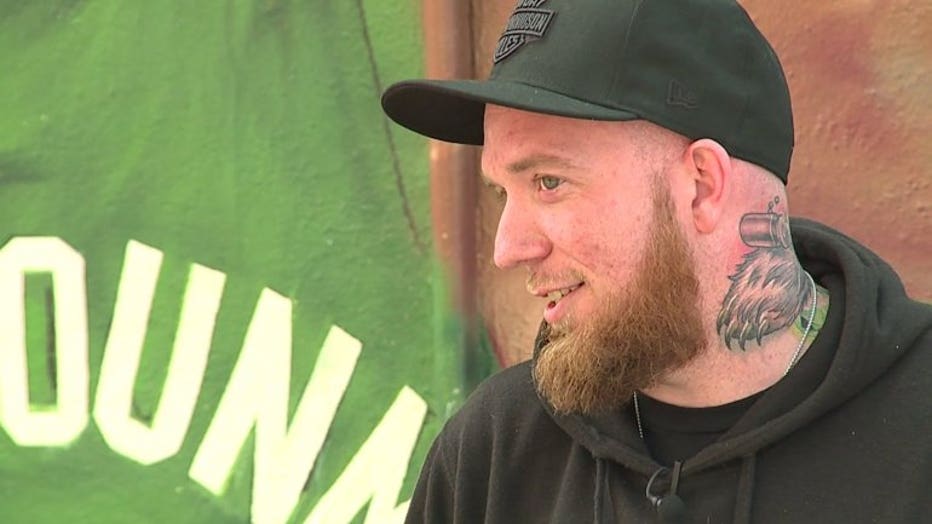 DeKay has launched a GoFundMe.com page to get scaffolding to reach an unfinished part of his canvas and to raise additional money for supplies.

"I think it's very representative of the city," he said. 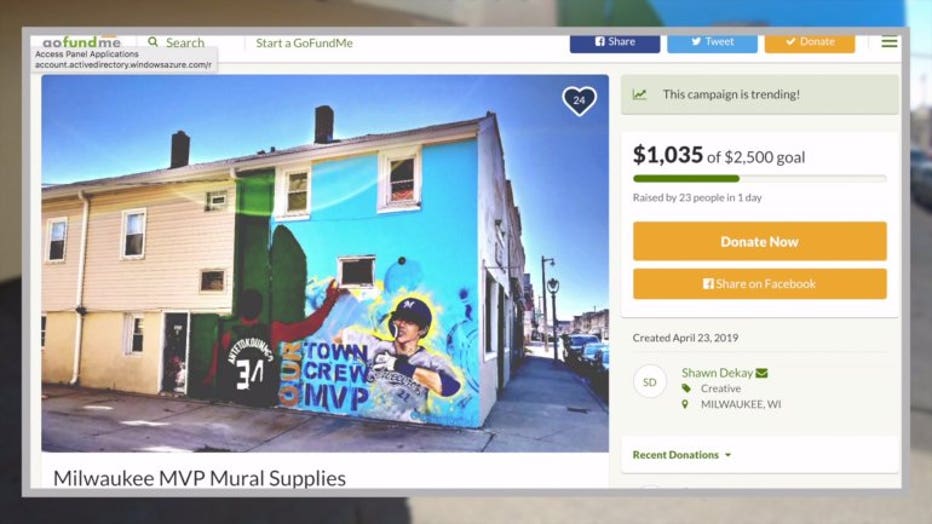 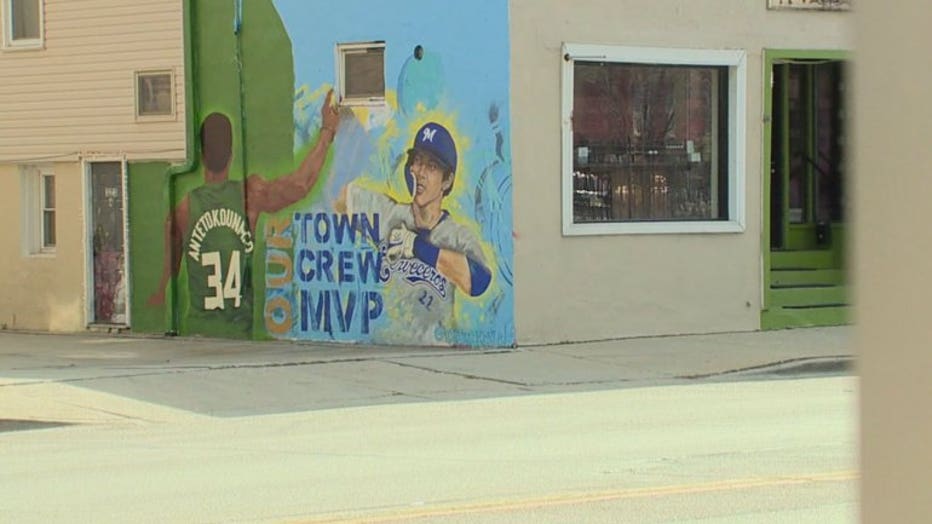 If you'd like to help DeKay finish the mural, CLICK HERE to access the Go Fund Me account. DeKay said he'll use the money to finish the mural and hopefully, paint a few championship banners on the top if the teams come out victorious.

NOTE: After our story aired Wednesday night, we heard from a local building company who will be donating scaffolding to Dekay.