MENOMONEE FALLS -- The years sure do roll by.

It wasn't long ago that Ty Weber was pitching for Menomonee Falls High School. He then went to the University of Illinois where he's a senior this year -- and he might be a senior again next year after the NCAA rules to allow spring sport athletes another season of eligibility.

"Obviously, it was the weirdest feeling ever when we heard our season was canceled. It just feels like, with this vote, hopefully that it'll fully go through that everyone will get a year back," said Weber. "Hopefully I can get back there and finish my senior year out that I envisioned, you know, me leaving the school in the way that I thought it would go down instead of out of nowhere just being canceled." 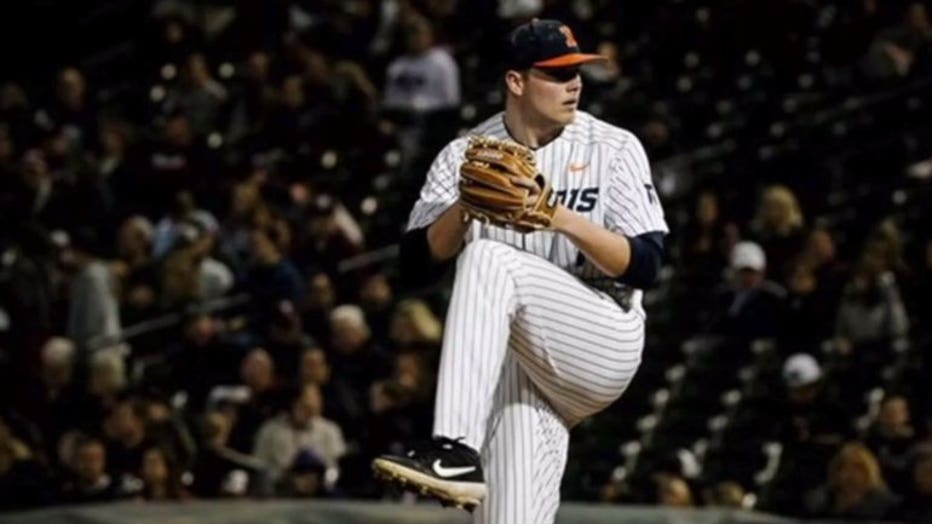 Weber has made the most of his time in Champaign.

"I would be lying if I said I wasn't proud of some of the things I've done in the past. One important thing to me was this year we had 17 new players on our baseball team," Weber said. "Only three seniors, and I felt like I was in a pretty vocal role and a role to be a leader on the team. Getting cut short almost makes me want to go back and help out the younger guys."

Ty Weber led the Falls in back-to-back state championships. He's enjoyed his time at Illinois and says he doesn't regret that decision at all. Now it's just a matter of whether he'll decide to go back.