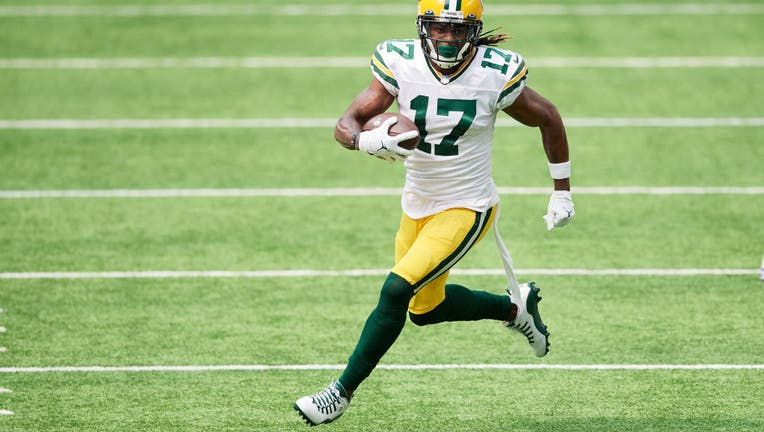 Green Bay’s Davante Adams has caught more touchdown passes over the last five seasons than any other player. Jalen Ramsey of the Los Angeles Rams is one of the NFL’s premier cornerbacks.

They finally will face each other in a game that matters Saturday when the top-seeded Packers (13-3) host the Rams (11-6) in an NFC divisional playoff game.

The only time they’ve squared off in the regular season was in 2016 when the Packers beat the Jacksonville Jaguars in Ramsey’s first career NFL game, though Adams was quick to disagree with the suggestion that was their lone previous matchup.

"Not right, not right," Adams said as he shook his head during a Zoom session. "We had like five reps in the Pro Bowl. That was the other one. And we know how competitive the Pro Bowl is."

Adams’ sarcastic references to the Pro Bowl aside, these two All-Pro performers never have matched up against each other with so much at stake.

Frankly, they rarely have faced off with anything on the line before. Adams noted that in the 2016 game, he primarily worked against Davon House and Prince Amukamara while Ramsey spent much of his time in the slot.

"We actually honestly got together more in the Pro Bowl than probably we did in the 2016 game," Adams said.

It remains to be seen how often they’ll face each other Saturday. Packers quarterback Aaron Rodgers noted that the Rams’ coverage schemes mean a receiver isn’t necessarily lining up against the same cornerback throughout a game.

"They’ve been playing a lot of two-shell, so it’s different," Rodgers said. "Just like I feel the NBA is different where it’s not like MJ (Michael Jordan) is coming to town and somebody’s got him one-on-one all game and he’s going to try to drop 50 on him. The Rams have a dynamic, dynamic player in Jalen, but they have been playing a lot more two-shell, so I don’t know how much mano a mano is going to be out there." 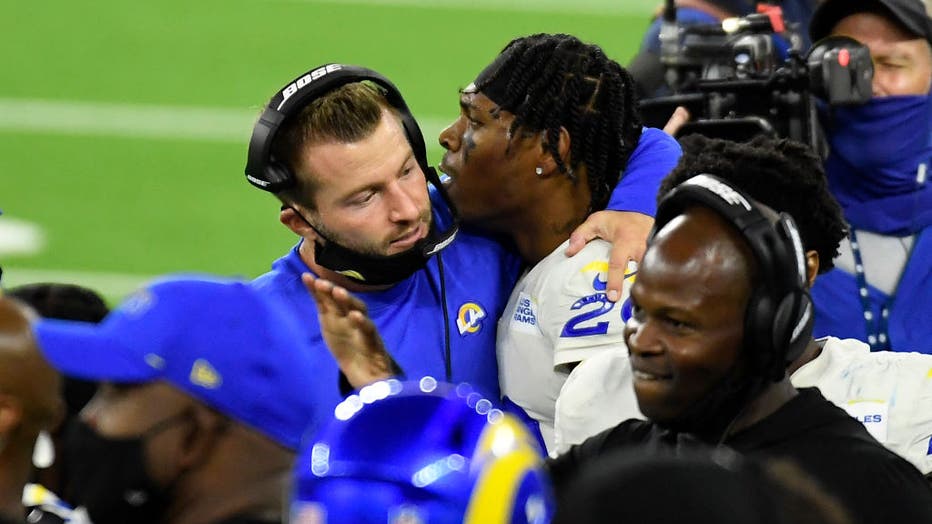 Yet they figure to face off at least some of the time in a matchup between two stars having arguably their greatest seasons.

Adams had 18 touchdown catches during the regular season to lead the NFL and tie Sterling Sharpe’s 26-year-old franchise mark. He also had a franchise-record 115 overall catches for 1,374 yards despite missing two games with a hamstring injury. He has helped the Packers score an NFL-leading 31.8 points per game.

"We all know that Davante Adams is one of the top players in the league," Rams defensive coordinator Brandon Staley said.

Ramsey has strengthened the Rams’ secondary since they acquired him from Jacksonville in October 2019 for two first-round picks and a fourth-round selection. The Rams ended the regular season leading the NFL in total defense and scoring defense.

"I think he’s really showing why he’s the most complete DB in this league," Rams coach Sean McVay said. "The tape doesn’t lie."

Both players earned All-Pro honors this year. It was the first time for Adams and the second for Ramsey, who also earned that status with Jacksonville in 2017.

"I think there’s probably like three, three or four super-elite, is what I like to call them, corners," Adams said. "And he’s definitely one of those guys."

The Packers are hosting the Los Angeles Rams in an NFC divisional playoff game Saturday.

Fans are encouraged to light up their homes and neighborhoods with support for the team by participating in "Glow Pack Glow."