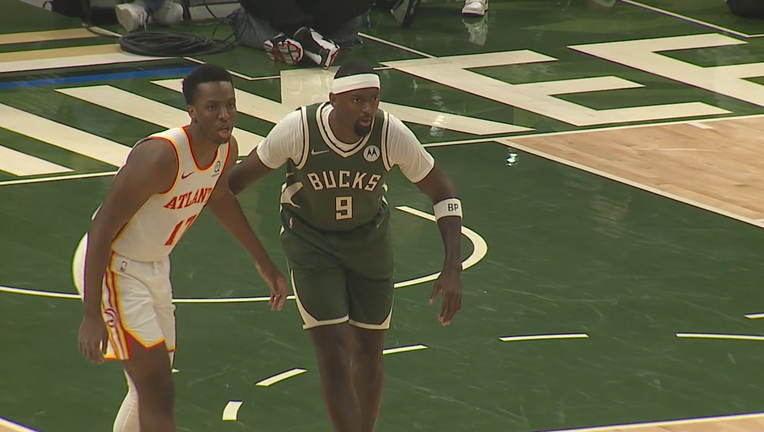 MILWAUKEE - We've heard from the Bucks stars during this year's playoffs, but one of their teammates off the bench may play a big role in the remainder of the Eastern Conference Finals.

Portis has seen the Bucks advance to the conference finals and the key there is that he's seen it happen.

He hasn't had a lot to do with it happening.

Portis didn't play at all in the last three games against the Nets, although he was on the court after game six practicing his shots. He is always trying to stay ready.

Portis was called upon in the first quarter of the first game against Atlanta and made his presence felt quickly.

The Bucks lost the game, though, in part because they lost track of the Hawks when it came to rebounding.

Portis is a player who could help in that area as the series continues.

"That's part of my job," said Portis. "Going out there and playing with energy and effort. It's the truth. I go out there, just try to get all the loose balls, the offensive rebounds, that's my job. I try to get a few extra points out there and be the garbage man on the floor."

This is Portis' fifth season in the NBA, but only his second time in the playoffs.

If his job is to clean up messes, he is comfortable with that.

He hopes that he'll be pressed into service more often as the Bucks ride continues.