ATLANTA - Milwaukee Brewers pitchers Jake Cousins and Hunter Strickland tested positive for COVID-19 on Saturday and will be placed in quarantine in the latest cases to affect the NL Central leaders.

A third reliever, Jandel Gustave, will miss Saturday night’s game at Atlanta due to contact tracing.

Earlier this week, star outfielder Christian Yelich tested positive for the coronavirus and was showing mild symptoms. Utilityman Jace Peterson was sidelined at the time due to contact tracing. 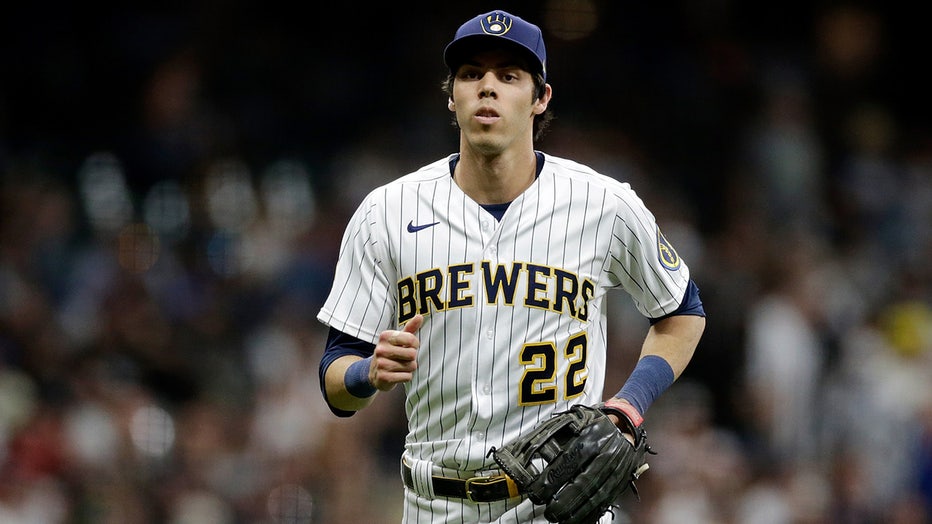 Asked if these new positives were connected to Yelich's case, Brewers manager Craig Counsell said "no way to know that."

Counsell said the team is "hoping we can minimize it and keep it where it is."

The positive tests came after Cousins and Strickland, who Counsell said have had vaccinations, reported symptoms.

"Tonight’s game is not in jeopardy," Counsell said. "We’ve been in contact with Major League Baseball. We’ve done exhaustive contact tracing. So no issues with tonight’s game."

Counsell said the team was fortunate that two relief pitchers acquired in trades on Friday, Daniel Norris and John Curtiss, joined the Brewers in time for Saturday night’s game.

"We’re fine for the game strategically to go all out and try and win the game. We’re obviously a little concerned this is just popping up so we’re trying to get through that part of it," he said.

Counsell said the positive tests were the latest evidence that "COVID is still around us."

"We have to understand that," he said. "Everybody is doing their best, but obviously ... it’s challenging."

The Wisconsin Department of Health reported 1,058 new cases of COVID-19 in the state on Friday – the highest since April 8.