MARSHALL, Wisc. - A police officer in Wisconsin suffered injuries after being dragged by a vehicle earlier this week.

According to the Marshal Police Department, the officer was conducting a routine vehicle registration check on Main Street Tuesday afternoon when he found information on a person with a felony warrant and suspects listed in prior retail thefts.

The officer found the vehicle parked behind an Ace Hardware store. He went inside and spoke with a woman he believed to have the felony warrant.

Chief John Nault said the woman allegedly gave the officer a false name. As the officer attempted to verify some details from his squad car, he allegedly saw the woman and a man running to the car behind the store. 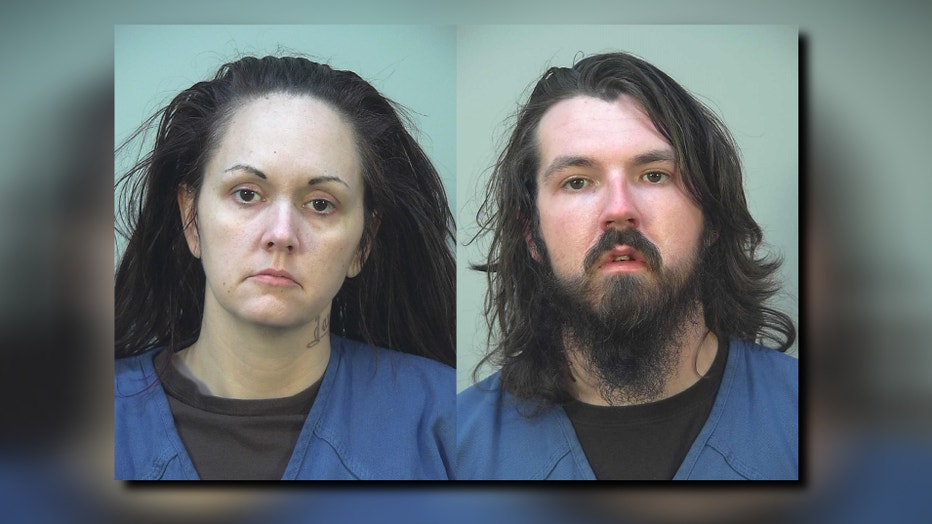 Police said the officer confronted the two, telling the woman she was not free to leave. Investigators said the woman started her car and accelerated in reverse.

The officer was trapped between the open car door and the car when it began moving, causing him to be dragged for 15 feet, authorities said. This left the officer with injuries to his arm.

Police said the officer got back in his patrol car and pursued the suspects before losing sight of them.

On Thursday, investigators found the suspect vehicle parked outside a hotel on the west side of Madison. Several law enforcement agencies responded to the scene and took the duo into custody.

Berry has an additional charge of obstructing an officer.