WASHINGTON — Washing your hands, not touching your face and keeping your distance. That's been the main advice since the COVID-19 pandemic hit the U.S. with health officials looking to limit the transmission of the virus through droplets. Now, officials are turning to masks to do just that.

The Trump administration is formalizing new guidance to recommend that many Americans wear face coverings when leaving home, in an effort to slow the spread of the new coronavirus. 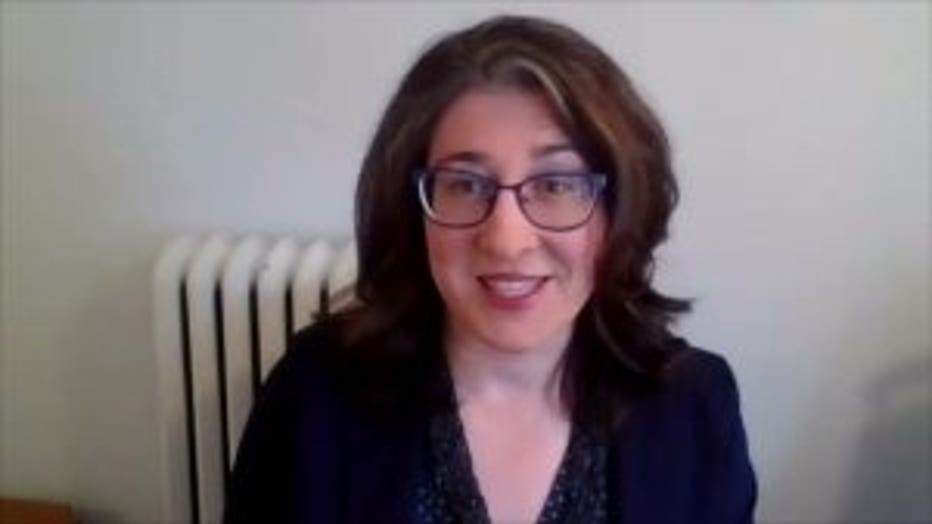 "Could it offer you some protection if someone were to sneeze directly in your face? I would say yes," said Amanda Simanek, an associate professor of epidemiology at UW-Milwaukee. "But is it worth people potentially touching their face more often, because they're adjusting their mask and doing things that sort of counteract some of these preventive measures that have been put in place."

The recommendations, still being finalized Thursday, would apply to those who live in areas hard-hit by community transmission of the virus that causes COVID-19.

A person familiar with the White House coronavirus task force's discussions -- who spoke on the condition of anonymity to discuss the proposed guidance before its public release -- said officials would suggest that non-medical masks, T-shirts or bandannas be used to cover the nose and mouth when outside the home — for instance, at the grocery store or pharmacy. Medical-grade masks, particularly short-in-supply N95 masks, would be reserved for those dealing directly with the sick. 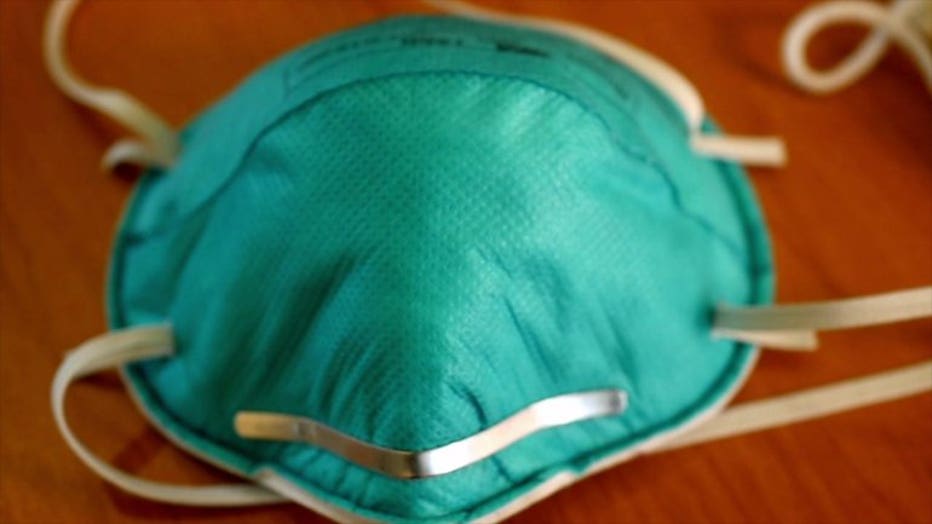 "We don't want people hoarding or going and trying to amass these supplies when we don't have enough for people who are actually interacting in close contact with people who potentially have the coronavirus," said Simanek.

President Trump, who was tested again for COVID-19 on Thursday using a new rapid test, indicated Tuesday he would support such a recommendation, potentially even for all Americans regardless of where they live. “I would say do it, but use a scarf if you want, you know, rather than going out and getting a mask or whatever.” 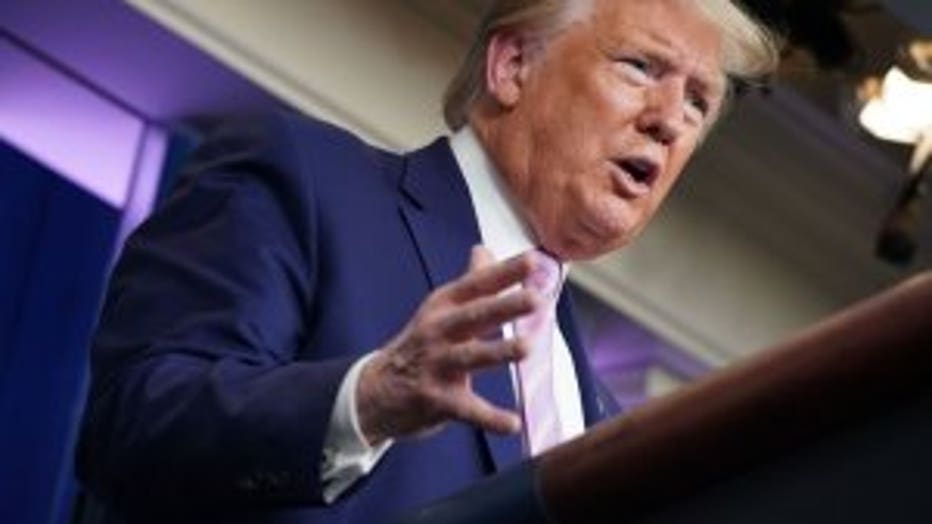 A Centers for Disease Control and Prevention draft of the guidance suggested the covering recommendation apply to nearly all Americans, all over the country, according to a federal official who has seen the draft but was not authorized to discuss it.

But officials were moving to limit its geographic scope to just those areas where the virus was spreading rapidly, the official said. The formal announcement was expected as soon as Friday.

Under the previous guidance, only the sick or those at high risk of complications from the respiratory illness were advised to wear masks. The new proposal was driven by research showing that some infections are being spread by people who seem to be healthy.

On Wednesday, Eric Garcetti, the mayor of Los Angeles, urged his city's 4 million residents to wear masks when they’re in public. On Thursday, New York City Mayor Bill de Blasio followed suit in his city, the epicenter of the virus' spread in the U.S.

The discussions on the new guidance came as the White House moved aggressively to defend its handling of the coronavirus pandemic, particularly its efforts to speed the distribution of protective equipment needed by medical professionals and ventilators.

President Trump sent a politically tinged letter to Senate Democratic leader Chuck Schumer of New York objecting to his criticism of the administration's response. “The Federal Government is merely a back-up for state governments,” President Trump wrote. "Unfortunately, your state needed far more of a back-up than most others.” 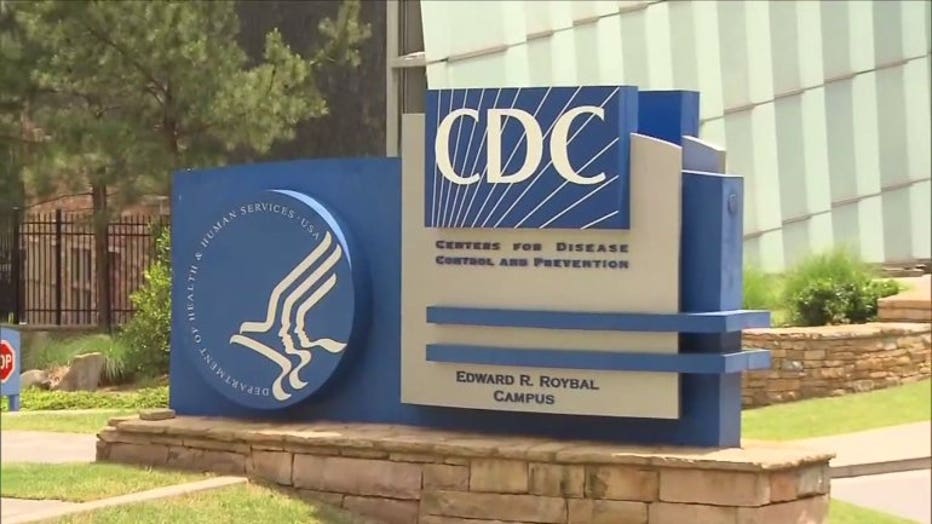 In response to recent studies, the CDC on Wednesday changed how it was defining the risk of infection for Americans. It essentially says anyone may be a considered a carrier, whether they have symptoms or not.

The virus spreads mostly through droplets from coughs or sneezes, though experts stress that the germ is still not fully understood.

Until now, federal officials have stopped short of telling people to cover their faces out in public. 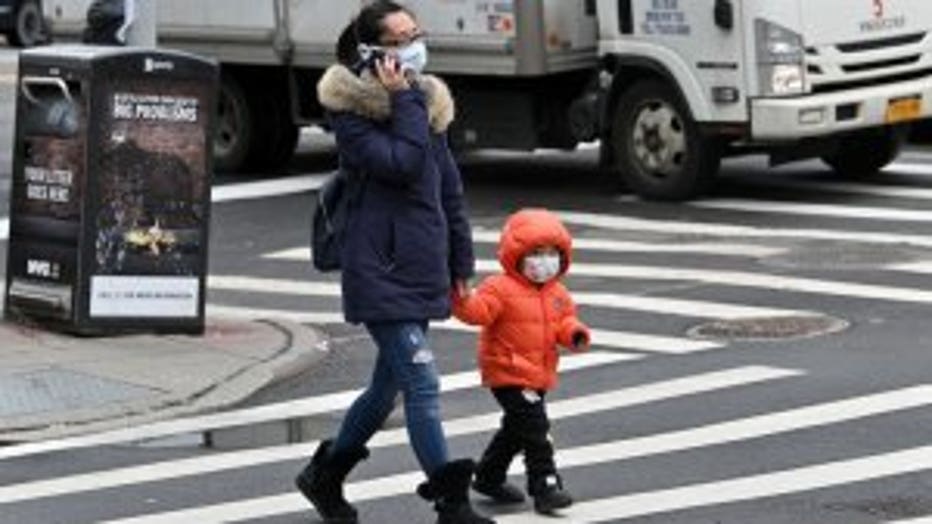 Scientists can’t rule out that infected people sometimes exhale COVID-19 virus particles, rather than just when coughing or sneezing, but there isn’t enough evidence to show if that can cause infection, according to a committee convened by the National Academies of Sciences, Engineering and Medicine to advise the White House.

The question has to do with whether the new coronavirus spreads mostly by droplets that don’t linger for long in the air, or also by tinier “aerosolized” particles. Certain medical procedures, such as inserting breathing tubes, can create those tiny particles, which is why health care workers wear close-fitting N95 masks during such care.

The committee cited one study that detected airborne viral RNA in and just outside some hospital isolation rooms, but noted that it was unclear if that could infect someone.

U.S. Surgeon General Dr. Jerome Adams has repeatedly admonished Americans not to wear face masks, saying they don’t prevent the people who wear them from catching the virus. He and other officials have stressed that surgical face masks and other protective medical equipment have been in short supply and must be prioritized for people such as health-care workers.

The World Health Organization on Monday reiterated its advice that the general population doesn’t need to wear masks unless they’re sick. Since the epidemic began in China, the WHO has said masks are for the sick and people caring for them.

That’s in addition to the problem that health care workers who do need masks are facing “a massive global shortage,” Ryan said. “The thought of them not having masks is horrific, so we have to be very careful on supply, but that is not the primary reason why WHO has advised against using masks.”

Many people have taken it upon themselves to make their own masks, but one North Carolina health system found that such DIY products vary in how well they work. Wake Forest Baptist Health doctors and scientists tested 13 different designs made by community volunteers. They found that some were better at filtering than off-the-shelf surgical masks but others were barely better than wearing no mask at all.

Separately, a 2013 study tested whether homemade masks might help during a flu pandemic. It found surgical masks were three times more effective in catching droplets from coughing people than masks made from cotton T-shirts, though it’s not clear if the new coronavirus behaves exactly like flu viruses.