OZAUKEE COUNTY -- A dangerous pursuit, reaching speeds of more than 100 miles an hour, led to charges against a 17-year-old boy from Sheboygan -- arrested after a manhunt in a Mequon neighborhood on Feb. 22. 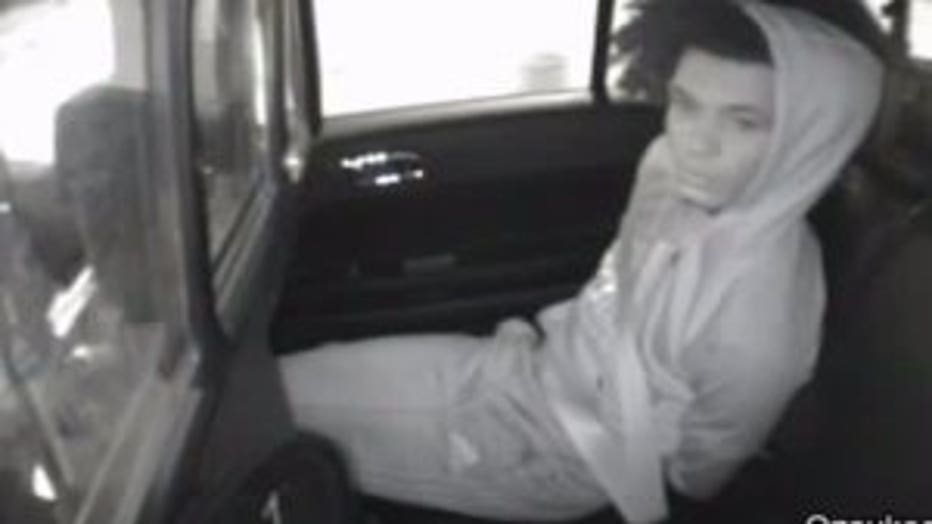 At one point, investigators said the pursuit reached 108 miles per hour before they lost sight of the driver, who was found hiding in bushes.

It began around 2:30 a.m. on Feb. 22, when a deputy on I-43 southbound at Northwoods Road spotted a vehicle traveling at 89 miles per hour in the 70 mph zone. The deputy reported the driver of "the only vehicle on the freeway" continued southbound at a high rate of speed -- the deputy accelerating to 100 in an effort to catch up.

A criminal complaint said the driver swerved between lanes and traveled down the middle of both lanes.

On I-43 southbound at Ulao Parkway, the complaint said the vehicle was traveling at about 108 mph. 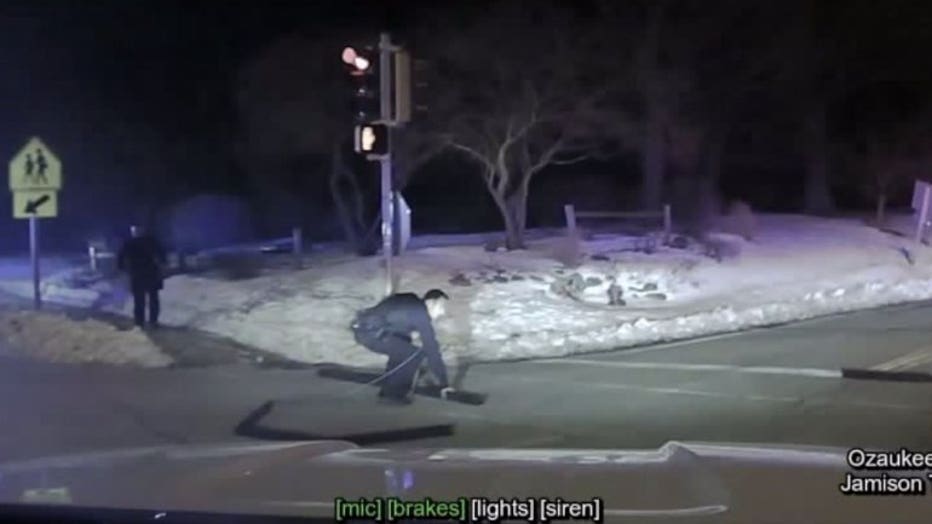 Tire deflation devices were set up by Mequon police south of Pioneer Road.

The complaint said with squad lights visible, the driver swerved from the left lane and got off the freeway on Pioneer Road -- turning southbound on Port Washington Road -- continuing at speeds in excess of 100 mph.

Near Glen Oaks Lane in Mequon, where the roadway became a divided highway, the complaint said the vehicle was traveling on the wrong side of the roadway -- southbound in the northbound lanes of travel. The deputy lost sight of the vehicle, which was spotted by Mequon officers northbound on Lakeshore Drive from Donges Bay Road. The complaint said the vehicle traveled at 67 mph in a 35 on Mequon Road. A deputy was able to capture license plate information, and a citizen informed investigators that there was just one occupant in the vehicle. 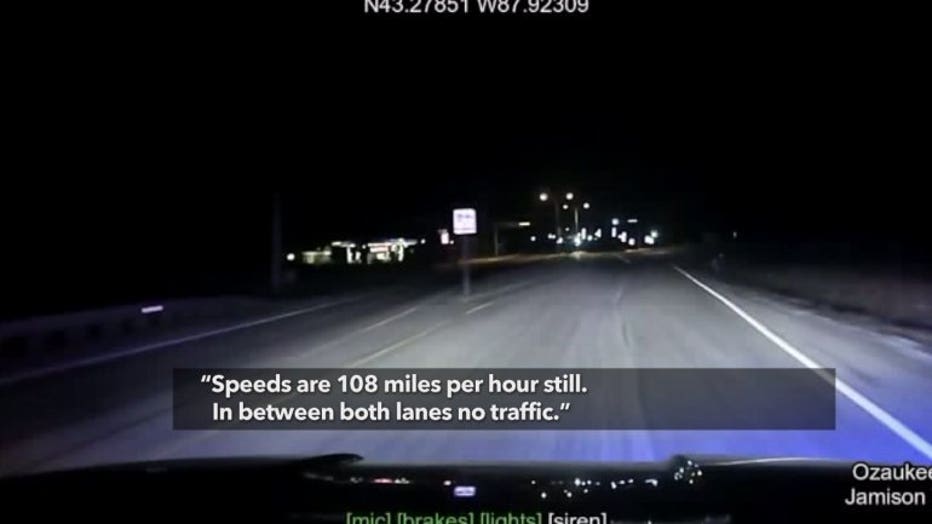 The complaint said "containment" was set up at River Trail Road and Mequon Road with multiple agencies on scene.

Just after 3 a.m., the vehicle was found abandoned on River Trail Road, and a homeowner's surveillance video showed a black male exiting. He was found hiding in the bushes -- and arrested.

A $20 bill with .3 grams of marijuana buds that tested positive for THC was found on the driver, identified as Williams, the complaint said. Additionally, investigators learned the vehicle he was driving had been reported stolen out of Sheboygan.

Prosecutors said Williams refused to make a statement, but while he was being medically cleared, he "made unprompted statements" claiming he did not steal a car. He indicated his girlfriend made him get out of her car after a fight, and it was cold out, and he saw a vehicle on the side of the road, so he took it to get home.

The complaint noted Williams was out on $300 cash bond in connection with a burglary case filed in January of Sheboygan County at the time of this crime.