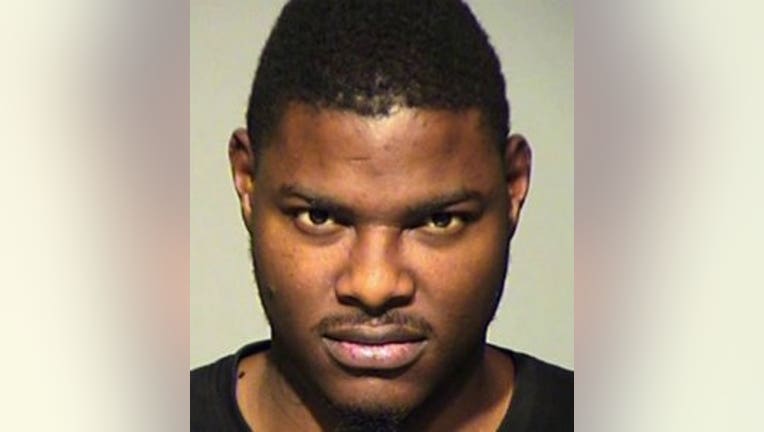 MILWAUKEE -- A Milwaukee man convicted in connection with three armed robberies taking place within a 5-month period in 2017 was sentenced to prison on Thursday, April 18. Prosecutors said he targeted his own ex-girlfriend, luring her to Milwaukee after discovering she had a Rolex watch she was looking to get appraised.

In court on Thursday, Harris Jr. was sentenced to serve a total of 18 years in prison and 11 years' extended supervision. The sentence was broken down as follows:

The case was dismissed against Harris Jr.'s alleged co-defendant in that case "due to an uncooperative witness."

According to a criminal complaint, investigators spoke with a man and woman who indicated they were robbed at gunpoint on June 3, 2017 around 2:45 a.m., after they left the 42nd Street Bar and Grill near 42nd and Burleigh. They said they were approached by a suspect who pulled a gun out of his waistband and said, "This ain't no game. Gimme your (expletive)." A second suspect approached from a nearby alley, also armed. The victims indicated the first suspect began searching the woman -- taking a purse containing a wallet, driver's license, Social Security card, three pre-paid debit cards and car keys -- also taking items from the man, including a wallet with driver's license, pre-paid MasterCard, $43 in cash, and a cellphone. The victims said they were then ordered to start walking northbound on 42nd Street, and "to not turn around." As they were walking, they reported hearing three gunshots behind them.

They returned to the area 10 minutes later, and the suspects were gone.

The complaint said investigators recovered three spent casings near the alley, and the victims were able to identify Harris and his co-defendant as the suspects via a photo array.

Ten days later, on June 23, 2017, police were called out to a report of a shooting following an armed robbery outside a bar near 40th and North Avenue.

According to the complaint, a woman was sitting in a vehicle, with her male cousin standing outside the vehicle, when a suspect, later identified as Harris via a photo array, approached them and pulled out a gun, saying, "You know what time it is." The male victim told the suspect he could have his phone and money. The complaint said the suspect took the victim's phone, keys, cigarettes and $50 in cash. The suspect then knocked on the driver's side window, and the vehicle began pulling away. That's when the female driver indicated she heard six to seven gunshots.

Investigators responded to Froedtert Hospital, where the female victim was being treated for two gunshot wounds. The victim, a CCW permit holder, said she pulled her handgun out of the holster during the armed robbery and racked the slide. She said when the suspect tapped on her window and ordered her to roll it down, fearing for her safety, she fired two to three times in the suspect's direction, before driving away. She said she was shot at multiple times and called 911 once she reached her home.

The complaint said four spent casings were found in the street.

Police were called out to a third armed robbery on Nov. 14, 2017. The victim in this case indicated Harris was her ex-boyfriend. She told investigators he had robbed her at gunpoint, and she had reported the incident to his probation agent. She said it happened on Nov. 12, 1027 when she, her sister, her 2-month-old child, and two other children ages 1 and 2, headed to Milwaukee to get a watch appraised. She said before coming to Milwaukee, she had discussed the watch with Harris and he told her to come to Milwaukee and they'd get it appraised. She said she met with Harris at 40th and Wright, and Harris got into the driver's seat of her vehicle. They then drove around to different jewelry stores, which were all closed. Eventually, Harris drove to the area near 45th and Lisbon, where the complaint indicated Harris showed a firearm and pointed the gun at the victim and her sister and said "There's 35 rounds in here. Which one of you want it?"

The complaint said Harris then took the watch and exited the vehicle.

Investigators were able to take a look at text messages between the victim and Harris, which indicated she asked for the watch back and Harris replied: "Mann im not going to lie im taking this watch till tomorrow."

The gun was recovered on Nov. 13, 2017. The complaint indicated a search warrant was executed at Harris' home near 76th and Keefe, and it was found in a child's bedroom -- on the floor. Harris was arrested.

Prosecutors said the watch belonging to Harris' ex-girlfriend was also recovered from the home.

Prosecutors said Harris was previously convicted of possession of a short-barreled shotgun/rifle in 2007 and possession of narcotic drugs, second or subsequent offense in 2016. In the 2016 case, he was sentenced to serve two years' probation. 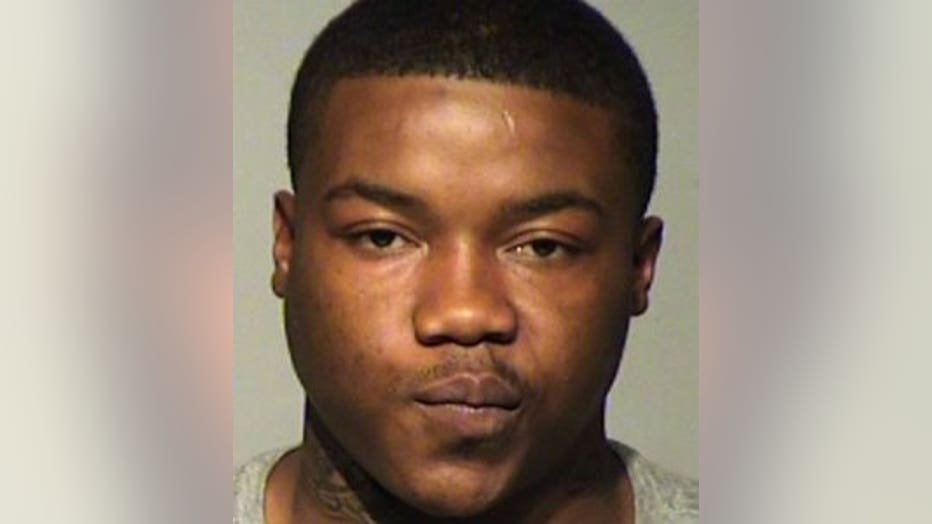 Harris Jr. was charged with the following:

Nelson was charged with the following:

Nelson has a jury trial scheduled for July.

Online court records showed three felony counts (armed robbery, first degree recklessly endangering safety and possession of a firearm by a felon) were dismissed against Harris in November 2018 "due to an uncooperative witness."