Gov. Ron DeSantis held a press conference in Surfside to thank search and rescue teams who combed through the rubble for weeks at the site of the South Florida condo collapse. The governor handed out bonus checks, making them among the first to receive the bonuses earmarked for first responders in Florida.

SURFSIDE, Fla. - Back in March, discussions began to include $1,000 bonuses to Florida’s first responders in the state budget. This week, some of those checks were hand-delivered to them.

During a Tuesday news briefing in Surfside, Gov. Ron DeSantis honored the first responders who were involved in the search efforts following Surfside condo collapse by giving them checks and thanking them for their efforts.

"It’s not all about the money but if we’re able to show a small token of our appreciation, we’re happy to do that," he said. "Everything that could have been done was done." 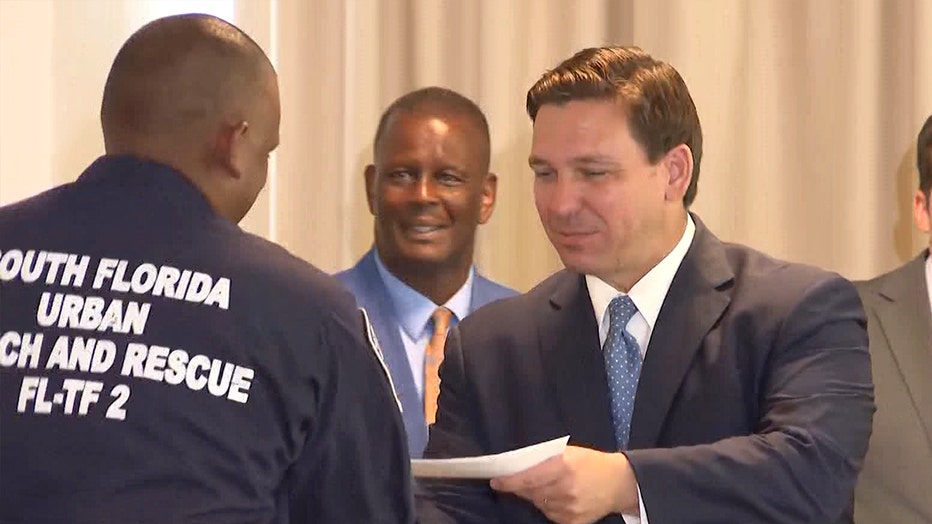 The funding was part of the Florida budget for the upcoming fiscal year. State lawmakers set aside CARES Act funds to give the bonuses to qualifying teachers, firefighters, police officers and EMTs to honor their work during the COVID-19 pandemic.

Newly-released body camera video from first responders show the panic and confusion in the minutes after the Surfside condo collapse on June 24.

Officials are still working to determine the cause of the collapse. Rescue workers spent about a month searching the site for remains. Debris was moved to a warehouse near Miami International Airport, where forensic specialists continue to investigate.

At the end of July, the last victim in the condo collapse was identified. Days before, the site of the June 24 collapse was mostly swept flat, the rubble moved to a Miami warehouse. 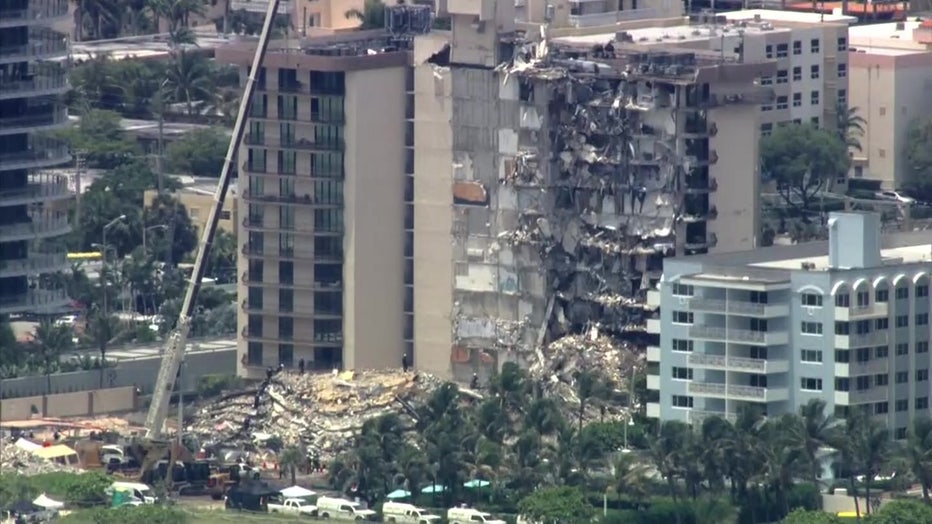 In the end, crews found no evidence that anyone who was found dead had survived the initial collapse, Fire Chief Alan Cominsky has said.

Search teams spent weeks battling the hazards of the rubble, including an unstable portion of the building that teetered above, a recurring fire and Florida’s stifling summer heat and thunderstorms. They went through more than 14,000 tons (13,000 metric tonnes) of broken concrete and rebar before finally declaring the mission complete.