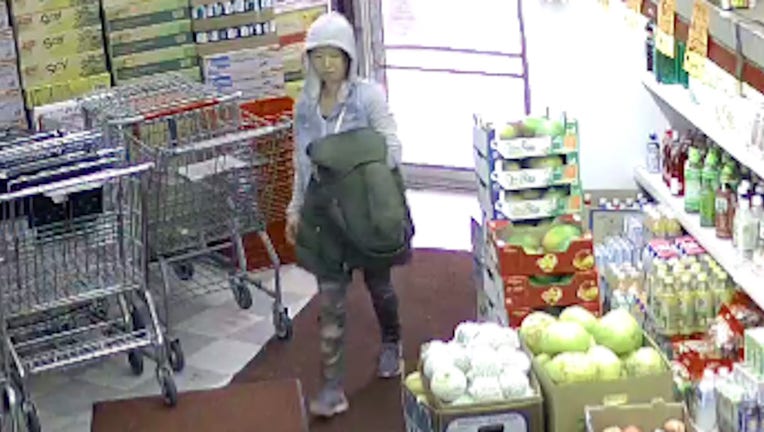 MILWAUKEE - Officials with the Milwaukee County Sheriff's Office released a surveillance image and asked the public for information after a 36-year-old woman died after being found unresponsive in the Washington Park Lagoon.

Deputies were called out to the lagoon along with firefighters around 9:30 p.m. Wednesday, Sept. 16. The woman, identified by sheriff's officials as Ee Lee of Milwaukee, died at a medical facility on Saturday.

In a news release Sunday, MCSO officials said they are "actively pursuing multiple investigative leads" in this case, and encouraged the public with information regarding events in the park between 6 p.m. and 10 p.m. Wednesday to please call 414-278-4788.

Sheriff's officials also asked that anyone who may have seen Lee near the park between 5:45 p.m. and 8 p.m. to please call that number listed above.

According to the MCSO, shortly before 6 p.m., Lee was seen on North Avenue wearing a light blue-and-gray hooded sweatshirt and carrying a green coat and yellow bag. At 6:18 p.m., Lee was seen walking near the Washington Park Lagoon.