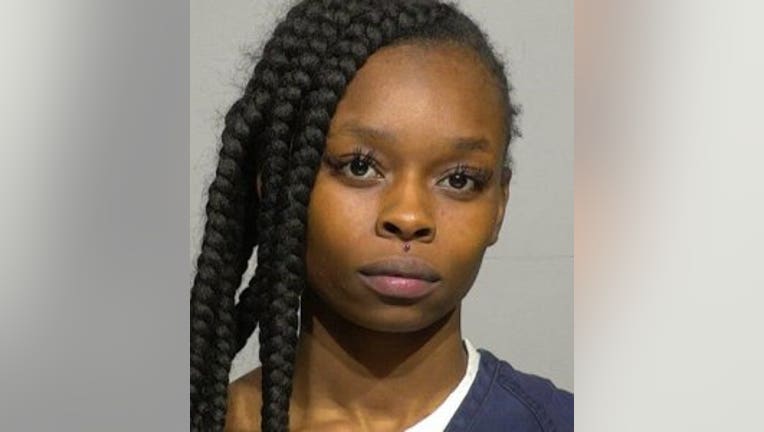 MILWAUKEE -- Charges were filed Monday, Nov. 25 against a Milwaukee mother accused of endangered her 2-year-old child who prosecutors said was present, along with the mother, when the mother's boyfriend sold drugs to an undercover investigator. Prosecutors said the cocaine and heroin that was sold contained fentanyl -- deadly in tiny amounts.

According to a criminal complaint, on Nov. 13, the undercover investigator was in a vehicle with a confidential source near 2nd Street and Wright Street when a Nissan Altima pulled up. Prosecutors said House-Lister was a passenger in that vehicle, her boyfriend was driving, and House-Lister's 2-year-old daughter was in the back seat. The undercover investigator said the driver asked them if they "partied," which he knew meant "use drugs," and he said they did. The driver then asked what they used, and the investigator said "both." The investigator then asked for a sample, and the confidential source went into the back of the vehicle, and later gave the investigator an off-white chunky substance believed to be cocaine to the investigator, along with the driver's phone number. The investigator then texted the driver so he would have his number. The complaint said the substance tested positive for cocaine and fentanyl, and weighed .05 grams.

The next day, on Nov. 14, the complaint said the investigator arranged to purchase heroin, and the Altima pulled up near 14th Street and Fond du Lac Avenue. The investigator got into the back seat of the Altima, and noticed the 2-year-old was walking around the back seat. The substance obtained tested positive for heroin and fentanyl and weighed 1.4 grams.

Three days later, on Nov. 17, the driver was arrested after prosecutors said he ran from law enforcement. A firearm was recovered, and the Altima was found running nearby. The complaint said investigators found cocaine and THC in the glove box.

The next day, on Nov. 18, investigators responded to an apartment near 14th Street and Fond du Lac Avenue, where House-Lister let them in. The 2-year-old child was also present. The complaint said House-Lister told investigators she had been dating the driver for two months and he stayed at her apartment off and on during the week. She said she was aware he sold drugs, and she said she allowed him to use her Altima. She said he had last been at her home on Nov. 17, prior to his arrest. She gave permission to search the home and said any drugs found belonged to the driver, according to the complaint.

The complaint said the following was found in the home:

House-Lister made her initial appearance in court Monday. Probable cause was found for further proceedings, and cash bond was set at $500. A preliminary hearing was scheduled for Dec. 2.

Online court records showed as of Tuesday, Nov. 26 no charges had been filed against the driver.