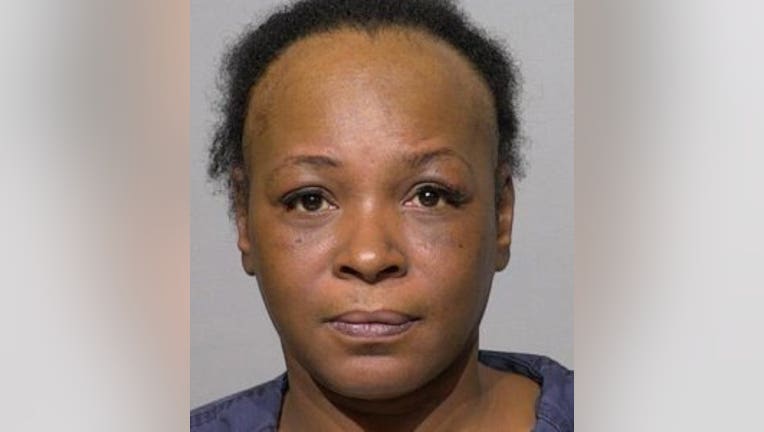 MILWAUKEE -- Charges were filed Wednesday, Aug. 7 against a Milwaukee woman accused of driving under the influence with six children under the age of 12 in her vehicle. According to prosecutors, the children were not in car seats when the vehicle was involved in a crash near 76th and Capitol.

According to a criminal complaint, police on Aug. 5 responded to the area near 76th and Capitol for a crash, and made contact with a woman who said she had been southbound on 76th Street, preparing to turn right, when another vehicle "attempted to overtake her on the ramp." She said her vehicle was then side-swiped, and the other driver did not stop to exchange information, but instead, drove off at a high rate of speed before striking a tree, which fell into the roadway and struck a road sign. The woman said the striking vehicle suffered flat tires, and there were numerous children inside.

Prosecutors said Austin was driving the striking vehicle, and she "smelled of alcohol and spoke with slurred speech." She denied colliding with another vehicle, telling investigators her tires had suddenly popped as she was driving along 76th Street, and that's what caused her to go off the road. She noted she smoke marijuana earlier, and had one beer. There were six children in the vehicle, ranging in age from 1 to 11. According to the complaint, Austin said she did not provide car seats for the children "because she wasn't traveling that far." All of them were wearing seat belts only.

Field sobriety testing was performed poorly, the complaint said, and Austin was arrested for OWI. A blood sample was taken at the hospital.

Austin made her initial appearance in court on Thursday, Aug. 8. A $2,000 signature bond was set, and a preliminary hearing was scheduled for Aug. 22.