MILWAUKEE -- Four people were shot in separate incidents in six and a half hours Sunday night, Feb. 16 into Monday morning, Feb. 17, and one died at the hospital.

The first shooting happened at 9:11 p.m. near 20th Street and Keefe Avenue.

According to police, a 23-year-old man was shot while inside a residence after an argument with the shooter. He reportedly tried to break up a fight between family members when he was shot in the back. Family said he was a father who loved his kids. He died at the hospital.

"He was...let's just say he was a family man," said Danny Banks, the victim's brother. "He always looked out for his priorities, and what was important to him."

Police said this was upgraded to a homicide investigation -- the shooter sought. 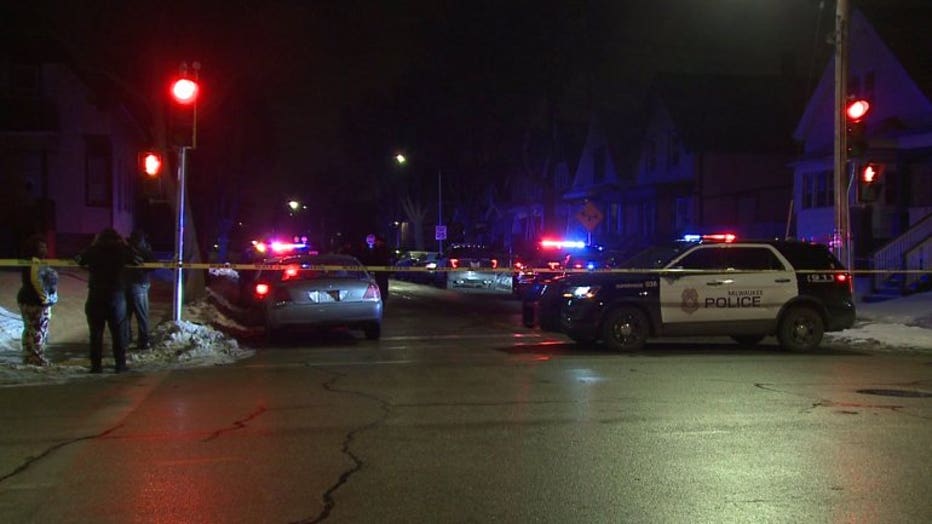 Shooting near 20th and Keefe in Milwaukee

The second shooting happened at 10:40 p.m. near 19th Street and North Avenue.

Police said a 33-year-old man was shot by a known individual, but the circumstances surrounding the shooting were under investigation. The victim was transported to a hospital with injuries that were not life-threatening.

A 28-year-old woman was arrested.

The third shooting happened at 2:20 a.m. near Holton Street and Townsend Street.

Police said a 25-year-old man was shot during circumstances that were under investigation. The victim was transported to a hospital for treatment.
Police were seeking the shooter.

The fourth incident happened at 9th Street and Windlake Avenue at 3:45 a.m. Police said a 58-year-old woman was grazed by a bullet that entered her bedroom from outside the home.

The victim received medical treatment on the scene.