Officials say the pursuit was initiated by the Milwaukee County Sheriff's Office (MCSO) near Martin Luther King Dr. and Locust. Officials say deputies terminated the pursuit -- and Milwaukee police took over as the primary agency. Eventually, the suspect vehicle ended up losing a front tire and crashing near 12th and Wisconsin Ave. 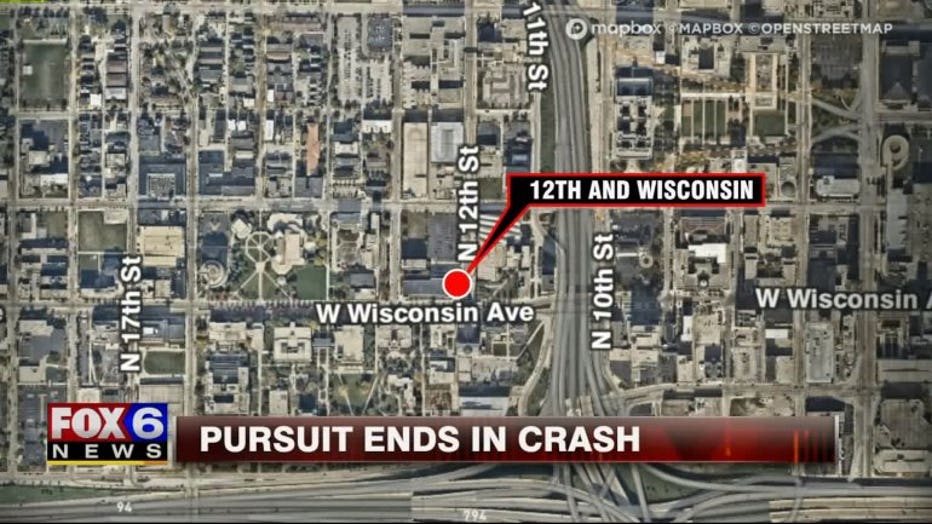 The driver fled the scene on foot -- and was later taken into custody.

It is unclear why MCSO initiated its portion of the pursuit. MPD says its officers pursued for reckless driving.

The crash ended around 3 a.m.