People in Milwaukee gathered in front of a mural of Floyd near North Avenue and Holton Street to share music and art.

MILWAUKEE - Milwaukee artists on Wednesday, Oct. 14 celebrated the life of George Floyd on what would have been his 47th birthday.

Floyd was killed while being arrested in Minneapolis in May. An officer kneeled on Floyd's neck for more than eight minutes, setting off protests nationwide.

People in Milwaukee gathered in front of a mural of Floyd near North Avenue and Holton Street to share music and art on Wednesday. 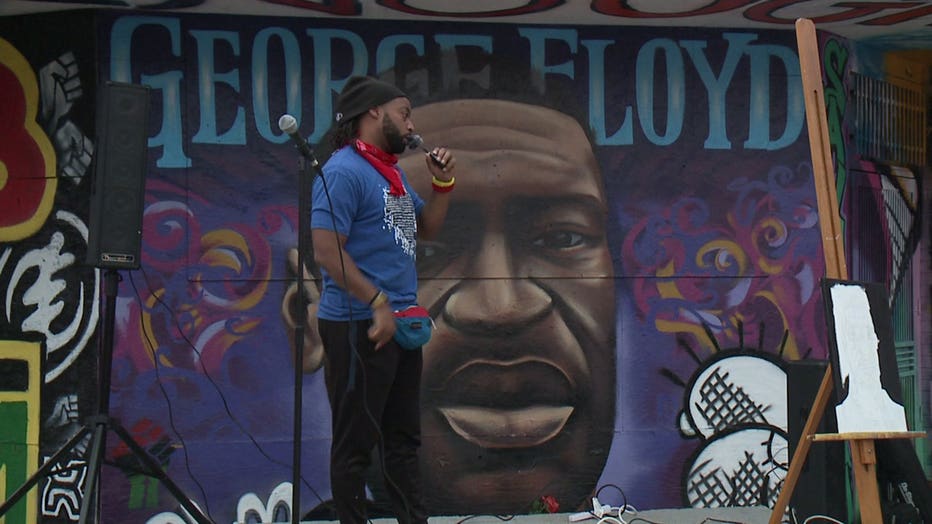 "That also goes into why I'm out there doing this," Jones said. "Everybody will feel something different when they look at it, or even when watching the process -- all of it." 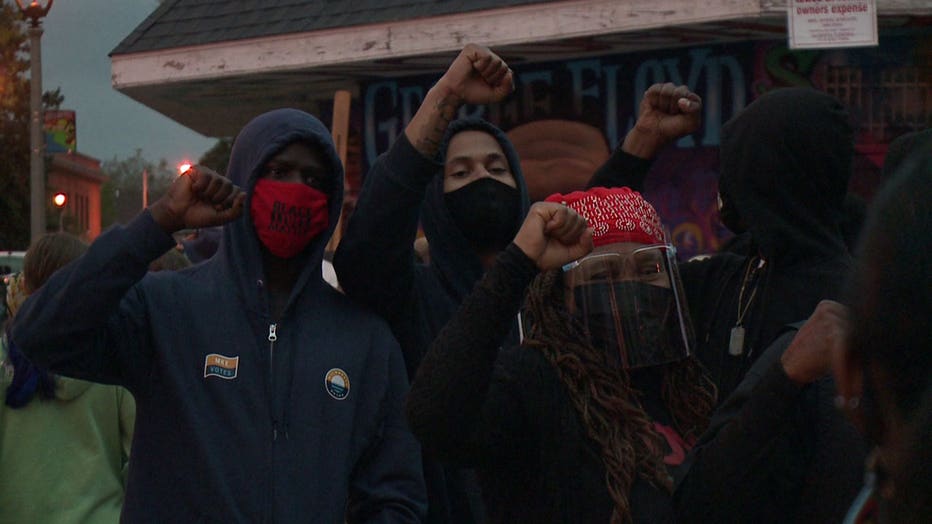 People attend an event near North and Holton in Milwaukee, celebrating the life of George Floyd

Some of the families of local men killed by police also took the stage, asking for support and change.

"Families have so much over the movement of people. People are out here because of their loved ones," said Nate Hamilton, brother of Dontre Hamilton. "I think that it's important for them to continue to educate themselves on the best fit, themselves, into this movement."

Dontre Hamilton was shot and killed by an on-duty Milwaukee police officer in April of 2014 after he was awoken in Red Arrow Park. The officer was fired but never charged in the case.

Wednesday's event ended with a candlelight vigil for all victims of police violence.