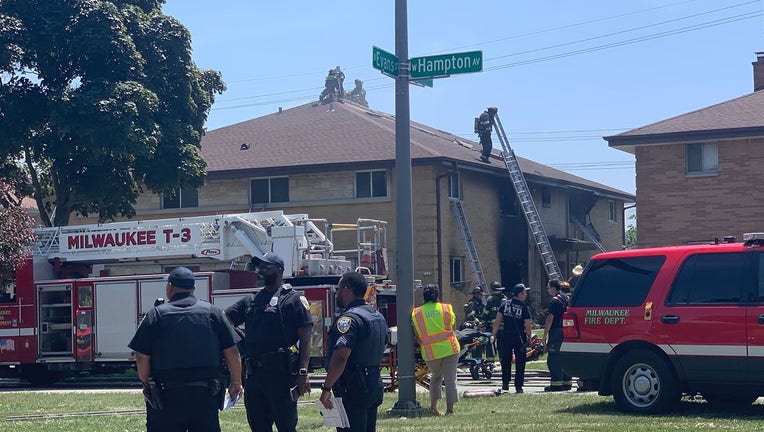 Apartment fire near 79th and Hampton

The Milwaukee Fire Department said "several" units of the building near 79th and Hampton were involved in the fire. Crews responded shortly after 1 p.m.

The residents were able to get out uninjured, but two firefighters sustained non-life-threatening injuries.

The Red Cross will continue assisting the displaced residents with lodging and food in the coming days, a spokesperson said.

The cause of the fire and where it started are not yet known.